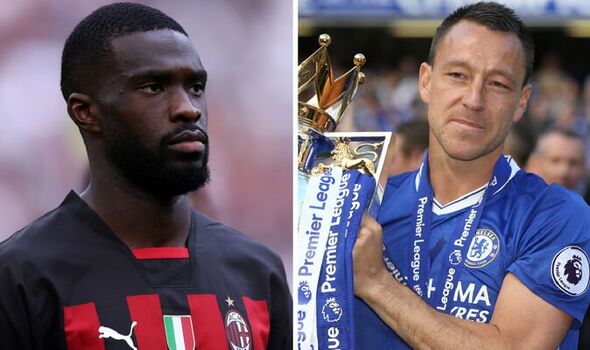 Chelsea let go of a centre-back who can become even better than Premier League legends Rio Ferdinand and John Terry, believes their ex-academy striker Ike Ugbo. The Canadian international, now at Ligue 1 side Troyes, was a team-mate of Fikayo Tomori’s in the Chelsea youth set-up and expects big things of the centre-back.

Tomori showed promise upon breaking into the Chelsea team under Frank Lampard in 2019, having spent a season on loan at Derby County in the Championship – also with Lampard as his manager – the previous year. But he fell out of the team at the turn of the year and failed to break back into contention.

Lampard sent Tomori out on loan in January 2021 season to AC Milan just four days before losing his job, with Thomas Tuchel replacing him as Chelsea boss. However, an initial £25million buy clause had been agreed in the loan deal to take Tomori to Milan which left Tuchel helpless when the Serie A side activated it in the summer.

The 24-year-old has since made a further 47 appearances as a permanent AC Milan player and helped the club win their first league title in 11 years last season. And Ugbo, who came through Chelsea’s academy ranks alongside Tomori, believes he can even surpass the likes of Manchester United hero Ferdinand, Blues legend Terry and former Arsenal talisman Tony Adams. 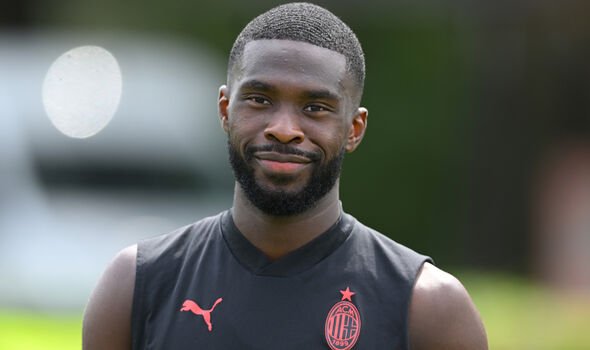 Asked if Tomori can reach the level of icons such as the trio, centre-forward Ugbo told MilanNews: “He can become even better than them. He is young, he has time on his side and a lot of room for growth.

“For Fik, playing the Champions League with the Rossoneri is incredible. Last week I had watched the match against Red Bull Salzburg. I’m happy that he plays at the highest level where he can demonstrate all his qualities.”

Recollecting his time playing alongside Tomori, Ugbo, 23, added: “A beautiful memory binds me to Fik, together with Chelsea we won the Youth Cup, the equivalent of the Youth Champions League.

“And it’s nice to see my former team-mates like [Mason] Mount, [Conor] Gallagher and Tomori playing in England, Italy and in the Champions League. These are also my goals.”

Three-cap England international Tomori has established himself as one of the finest central defenders in Serie A. He will return to Stamford Bridge for the first time since leaving Chelsea in October when the Premier League side face the Italian champions in their Champions League group.

Speaking to DAZN a year ago about a future return to Chelsea, Tomori seemed to suggest he has no ambition to head back to west London. He said to DAZN: “I don’t know, I love Milan, I love being here, Chelsea was a big part of my life, 15-16 years.

“I think I managed to have that dream. Play at Stamford Bridge, play in the Premier League and the Champions League. Right now I am really happy in Milan.”