Chelsea are eyeing a move for Atletico Madrid midfielder Saul Niguez amid interest from Manchester United. Saul recently claimed the La Liga title with Atletico but is looking to leave the Spanish capital after over a decade at the club.

Despite claiming the league title this season, Saul was only named in the starting-eleven for 22 matches and was used as a substitute on 11 occasions throughout the campaign.

This has led to Saul growing frustrated at his role in the team and has prompted his desire to leave the club.

Chelsea have now been identified as one of the sides plotting a move for the 26-year-old, a report by Spanish publication AS has revealed.

AS claim that the Blues are looking for ‘reinforcements’ in midfield and Saul is ‘among those chosen’ by the Champions of Europe. 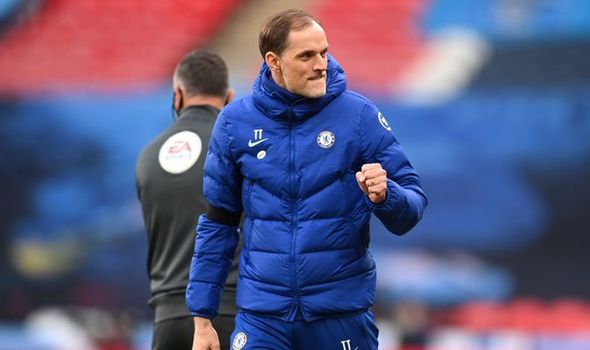 Manchester United were reportedly interested in the Spanish midfielder last summer, resulting in the Atletico man addressing the rumours regarding a potential switch.

“I am very flattered that a club like Manchester United, or other teams that ask about me, take me into consideration. For me it is very positive,” he said.

Saul first began gaining the attention of top clubs in five years ago after impressing on Madrid’s route to the Champions League final in 2016.

But Atletico possess the view that now is the best time to cash in on Saul as the La Liga side attempt to heal the financial damage caused by the COVID-19 pandemic.

The sale of Saul could be ideal news for Chelsea, who are an attractive proposition for any player after their recent Champions League success.

Tuchel admitted after the match that the Blues will target new recruits this summer as the club targets continued improvement.

“Two or three [players] could be very, very good,” said the German on the back of his side’s European final victory.

“It’s a constant thing to never deny change. “That you always bring new energy, new guys who question the old beliefs, who challenge everybody in the training and in matches, so I think it’s a good thing

“We don’t need another seven and another complete turnover because it’s also our job to keep on improving, because we have still a young squad and it’s not about stealing from them the chance to prove it again that they are capable of growing and evolving.”

Crouch and Owen lead the praise for 'ridiculous' Salah goal