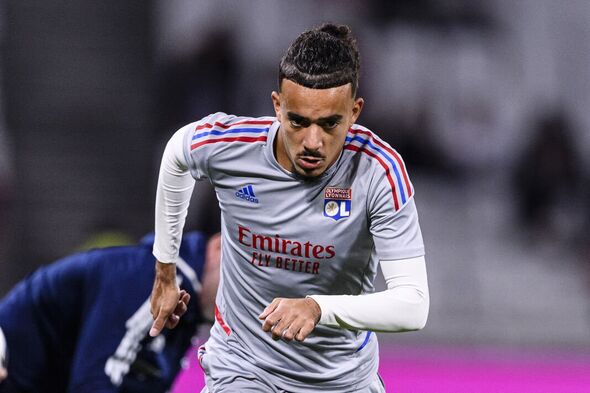 Chelsea could be set to continue take their January transfer window expenditure to even higher amounts with a move for full-back Malo Gusto under the noses of Manchester United, according to reports. The Blues have already made six signings this month but Graham Potter is still hoping for at least two more arrivals, with the Lyon starlet thought to be on the club’s radar.

Gusto, who can play as a right-back or wing-back, has emerged a potential backup option for Chelsea boss Graham Potter, who has been forced to use Trevoh Chalobah as a deputy for the injured Reece James.

The French teenager has also been linked with a move to Manchester United, Manchester City and Newcastle in the January transfer window, according to the Daily Mail. But a report from French newspaper L’Equipe claims Chelsea are set to step up their efforts to sign the youngster this month.

The 19-year-old has attracted interest from all over Europe after becoming the latest in a long line of talents to emerge from Lyon’s famed academy, which also produced the likes of Karim Benzema, Alexandre Lacazette and Nabil Fekir.

He has emerged as a star for the future after becoming a regular feature for the Ligue 1 side, making 15 appearances in the league this season.

And with Lyon currently languishing in ninth after a poor start to the season with Laurent Blanc taking over, it is understood the French outfit are reluctant to sell this month.

Lyon chairman Jean-Michel Aulas has always proved to be a stubborn negotiator but the French supremo has sold players if the right price is offered, and Chelsea have been told Gusto could be available for around £35m.