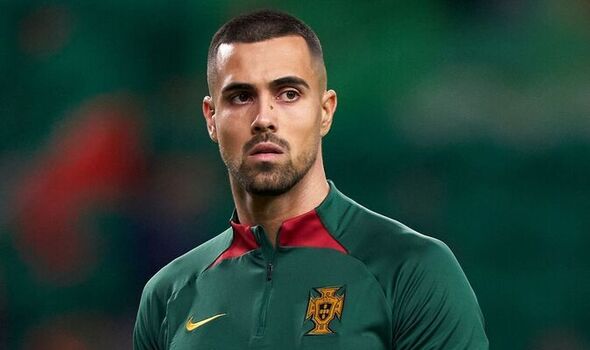 Chelsea have reportedly ‘made contact’ over a deal for Porto goalkeeper Diogo Costa, who is also being tracked closely by Manchester United. The Portugal shot-stopper has forced his way into international reckoning and will be his nation’s No 1 at the World Cup in Qatar having been handed a starting berth against Ghana.

His own individual performances are set to be placed under the microscope at the tournament following an impressive rise to prominence with Porto.

This season, Costa became the first-ever goalkeeper to save three penalties in the same Champions League group stage campaign.

He achieved the feat after saving two penalties in the same fixture against Club Brugge.

Now Spanish outlet Relevo are reporting that Chelsea have made initial contact over a deal while United continue to circle in the background.

Problematically for both clubs though, Costa recently put pen to paper on a new long-term contract with Porto.

His new deal now contains a mega release clause worth an estimated £64million.

The report also states that super-agent Jorge Mendes has recently approached Porto to declare his interest in brokering a blockbuster transfer this summer.

Cristiano Ronaldo’s representative seems confident he can pull off a deal by flogging Costa to the Premier League or elsewhere.

It’s already clear that there is strong interest in the 23-year-old, who has been heavily scouted this season.

Costa has kept 11 clean sheets in 23 outings in all competitions this season – including two at international level with Portugal in the Nations League.

Chelsea are expected to sign a new goalkeeper in one of the next transfer windows after Edouard Mendy lost his way at Stamford Bridge.

Kept Arrizabalaga has impressed on occasions in place of Mendy but still, it is not clear whether the Spaniard could be relied upon.

Meanwhile at United, David de Gea is now in the final year of his contract although the Red Devils do have a one-year option to extend it.

United are currently considering whether to offer De Gea a new contract that includes reduced terms and wages.

Spurs could also be in the market as Hugo Lloris’ powers continue to wane between the posts.

Atletico Madrid goalkeeper Jan Oblak is another name that looks set to be in the shop window next summer.