Chelsea boss Frank Lampard has given his approval for Emerson Palmieri to be sold with Inter Milan leading the chase for the defender.

Palmieri was signed by Antonio Conte in 2018 to provide competition on the left side of the defence to Marcos Alonso.

But the Italian has been unable to establish himself as the first choice and spent much of this season on the bench under Frank Lampard.

The Chelsea defence is an area Lampard is desperate to strengthen in the transfer market this summer.

And with Palmieri’s contract ending in June 2022, the FA Cup runners-up are willing to let him leave after just two years. 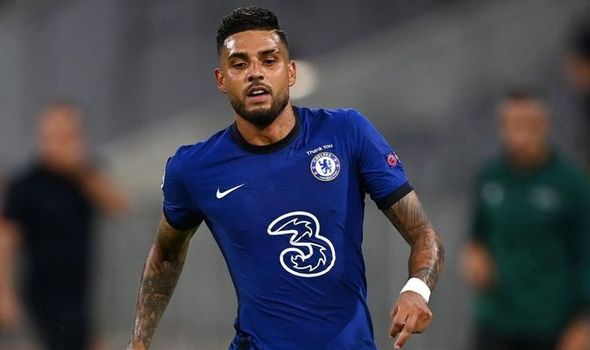 According to Football Insider, Lampard needs to raise funds to enable him to sign better players and has put Palmieri up for sale.

The report says Inter, who are now managed by Conte, are set to lodge a bid for the Italian international in the coming days.

The money generated from Palmieri’s exit could be put towards signing Leicester’s Ben Chilwell, who Lampard is an admirer of.

Meanwhile, another player of interest to Lampard and Chelsea is Declan Rice. 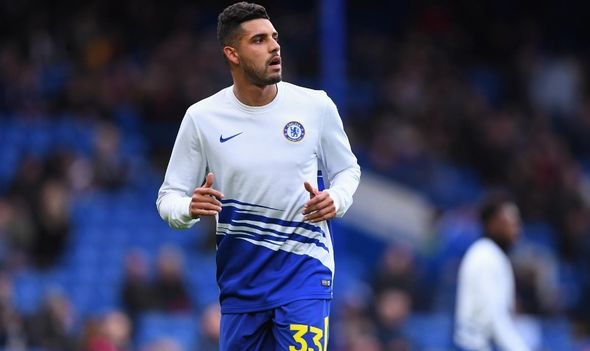 The West Ham enjoyed another impressive season and has a price tag of around £70million.

The Hammers have made clear they will not entertain any bids for the midfielder but the prospect of linking up with his best friend Mason Mount is thought to be under consideration.

And former Arsenal winger Perry Groves believes Rice would be an ideal addition to their midfield.

“I think he does suit Chelsea because we said before, they look weak through the centre of their midfield area,” Groves said on talkSPORT.

“It gives them that little bit of physical strength and he’s got better on the ball.

“He would be a player who would protect the two centre-halves. So that makes sense.

“The price is going to be more because obviously he’s English so that always puts the price up by another £10m doesn’t it.”