Chelsea manager Frank Lampard has been tipped to call Kai Havertz after Bayer Leverkusen were dumped out of the Europa League. The Bundesliga outfit were refusing to sanction a deal for Havertz while they remained in the competition. A 2-1 defeat to Inter Milan saw them exit the competition at the quarter-final stage.

Chelsea have reportedly agreed a five-year contract with Havertz, who is desperate to make the move to Stamford Bridge in this transfer window.

A transfer fee needs to be agreed between the two clubs, with Leverkusen trying to hold out for £90million.

Chelsea could break the deadlock by agreeing to an initial package with add-ons but their task has been made easier by Leverkusen’s campaign coming to an end.

Lampard set tongues wagging before the game by liking a video featuring Havertz on social media. 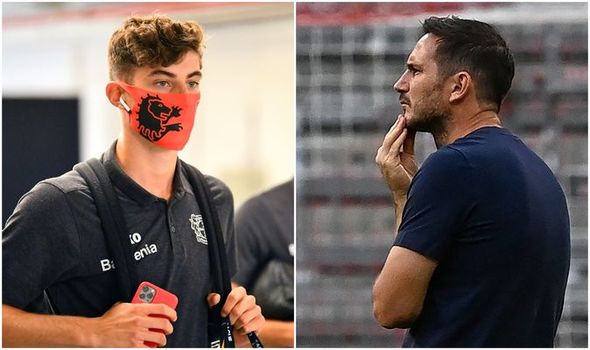 And Bundesliga pundit and former Premier League striker Jan-Aage Fjortoft believes the Chelsea boss would have been searching for the player’s phone number as a result of the Europa League result.

After Leverkusen slumped to a 2-0 deficit in the opening 20 minutes, Fjortoft commented on Twitter that Lampard would be “looking for Havertz’s telephonnumber [sic].”

Havertz managed to cut the deficit moments after Romelu Lukaku had doubled Nicolo Barella’s opener, but the German outfit could not muster a leveller.

Havertz has been compared to former Chelsea midfielder Michael Ballack, who believes the Leverkusen attacker would be an ideal signing for the Blues.

“I firmly believe that Frank Lampard would be 100 per cent behind Kai Havertz,” Ballack said.

“He likes players who are very dangerous in front of goal and there aren’t many of those.

“Havertz is a player that Frank Lampard would help further, not least because he himself was a midfielder with an eye for goal, who was always moving into dangerous areas, looking to finish off a chance.” 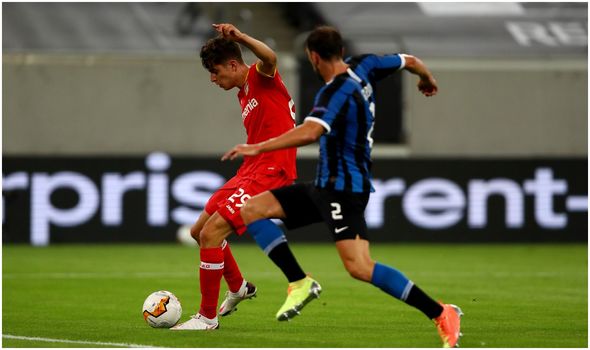 “He is the next big, big player to come from Germany,” Hilbert said. “I was there when he made his debut in our team at 17. In this generation, I think he will be a game-changer. He is a really smart player, quick and he is a nice person.

“He has some things Ballack had, some things Ozil had but he puts it into one package which is what makes him so dangerous.

“I think he has a level of talent that nobody else has. When Chelsea sign him for the next years then I think it will be a great chance to help them win titles in the Premier League.

“That’s how good he is. He worked hard, but he is a smart and humble person. That comes from his good family unit and he will continue to work hard and improve every day.”