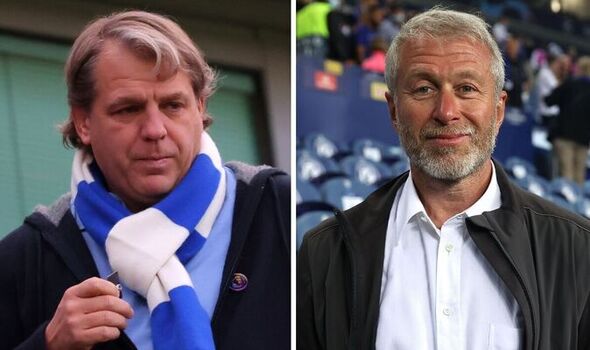 Chelsea owner Todd Boehly surprised many when he sacked Thomas Tuchel just days after the summer transfer window closed. It was a summer in which he spent record sums backing the German head coach in the market and the decision is looking all too familiar for Blues fans from the managerial merry-go-round under Roman Abramovich. Questions were always going to be asked about how Chelsea would look under new ownership after Abramovich was forced to sell the club he had been in charge of since 2003.

Those questions were swiftly answered in the transfer market when Chelsea spent in excess of £250million. It was seemingly a huge sign of faith Boehly was placing in Tuchel to take Chelsea back to the top of the Premier League and challenge Manchester City.

But Tuchel soon lost his job following the 1-0 defeat to Dinamo Zagreb despite being just five points adrift of league leaders Arsenal. The decision caught many by surprise with noticeable similarities to Abramovich’s ruthlessness in regard to managers during his time as the club’s owner.

Tuchel, regarded as one of the world’s best managers, secured third place in the league last season and had the foundations of a team capable of building for the future. Instead, Boehly felt the need to change things with Graham Potter seen as the man best suited for the job.

The ‘new manager bounce’ kicked in after the international break as Chelsea recorded three straight league wins. But they’ve tailed off in their last four Premier League matches with the latest disappointment coming at home to rivals Arsenal.

There are now 13 points between the two London clubs as opposed to the five when Tuchel was sacked. Potter will need time to put his own stamp at Chelsea, but Boehly would have known that when he decided to sack Tuchel.

It may prove costly this season with Chelsea now facing a tough battle to make top four and Potter’s side looking devoid of confidence against Arsenal. It’s the first time in nearly two years that Chelsea have lost back-to-back Premier League games and they’re now playing catch-up with teams who are further down the road than Chelsea under their new manager.

Chelsea fans were all too familiar with changes in the dugout happening on a regular basis during Abramovich’s reign and many didn’t work out. Carlo Ancelotti was replaced by Andre Villas Boas to disastrous effect back in 2011 with the Portuguese coach failing to impress before being sacked less than a year later.

Roberto Di Matteo’s sacking just months after he won the Champions League also caused a stir among fans with Rafael Benitez failing to win over supporters during his time in charge. There’s still plenty of time for Potter to make sure he doesn’t join that long list of managers at Chelsea who failed to last a full season in charge.

But Boehly’s now got his first taste of the reality of life in the Premier League and how sometimes a change can have a negative effect on the club.