Chelsea’s new owner Todd Boehly has been warned by Steve Nicol that he needs to take a step back from football operations or could risk turning the club into a “mess”, similar to Manchester United. Director Marina Granovskaia is expected to leave the club this summer, following chairman Bruce Buck out of Stamford Bridge as Boehly has taken a more hands-on approach to transfer dealings.

Boehly will succeed Buck as chairman and could take over transfer negotiations, which was an area Granovskaia handled and the American businessman has been leading talks with Inter Milan over Romelu Lukaku’s possible return to Italy. However former Liverpool defender Nicol believes Boehly should relinquish control of transfer negotiations this summer. “I am slightly concerned that the owner wants to make them [transfers],” Nicol told ESPN. “The owner should just be signing the cheques or go and look at Manchester United and follow their way of doing it and see what a mess they’re in.

“Let the football people, if you trust them, make the decisions and I would like to think that’s what Chelsea are doing and it’s not the owner going ‘Oh there’s a player from [Manchester] City, he’s good I’ve seen him on TV, let’s get him’, because that’s a dangerous road to go down.” 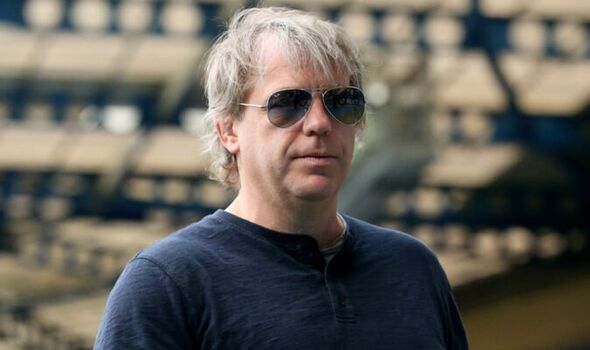 Despite having a higher net spend than any club in the world over the past ten seasons, they finished sixth in the Premier League table last season and have just won three major trophies since Alex Ferguson left the club in 2013.

Former goalkeeper Petr Cech, who was appointed as technical and performance advisor at Chelsea by Granovskaia, remains at the club but it is unknown whether Boehly will appoint a director of football to take control of transfer dealings this summer. Cech played a big role in Edouard Mendy moving to Stamford Bridge from Rennes in 2020, and the Senegal goalkeeper recently explained that he attempts to impress Cech every day.

“Yeah of course he [Cech] meant a lot,” Senegal’s number one told the club’s website. “He was a big factor in the fact that I came to Chelsea. Petr and also Christophe Lollichon are people who, when I wake up in the morning, make me think about how I need to show them that they made the right decision.

“But you know what they say, ‘talent never dies’. I was lucky enough to see him evolve and to get advice from him every day.”