Chelsea have received a huge boost in their bid to sign West Ham defender Declan Rice this summer, because the Hammers will have to offload the 21-year-old this summer. According to The Sun, West Ham boss David Moyes is reluctant to sell, but knows he will have to if he wants to bring in any new players.

Chelsea boss Frank Lampard is set to turn his attention towards the team’s defence this summer.

The Blues have already forked out £90million for Hakim Ziyech and Timo Werner, and apper set to buy Kai Havertz from Bayer Leverkusen.

And after they’ve wrapped up that deal, Lampard wants to start looking at defensive reinforcements.

Ben Chilwell was originally a target, but Leicester City want at least £80m for their star man. 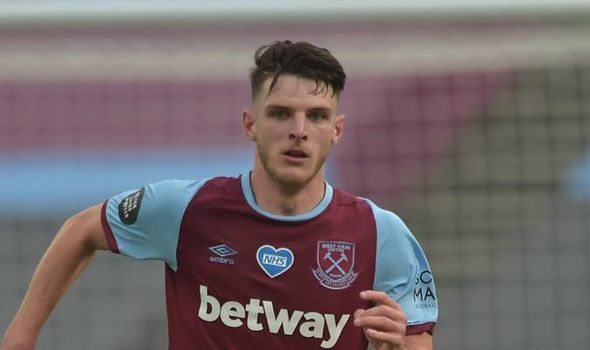 Lampard now wants a central defender and a goalkeeper – having lost patience with Kepa Arrizabalaga.

Rice has emerged as his top target for the centre of defence, as the Blues head coach sees him as the leader of his new-look back line.

He won’t come cheap, however, with West Ham demanding £70m for the youngster.

However, according to the Sun, West Ham know they’ll have to sell him in order to buy any new players this summer.

While they are still unlikely to alter their asking price, it is a clear indication that they will part ways with Rice if they receive an adequate bid.

West Ham are keen on Championship pair Said Benrahma and Eberechi Eze, and know they’ll have to raise significant funds to sign either.

Brentford want £25m for Benrahma, while Eze is valued at £20m by Queens Park Rangers.

Moyes is keen to inject new life into his team for next season, and wants to bring in both attackers to build on last season’s finish. 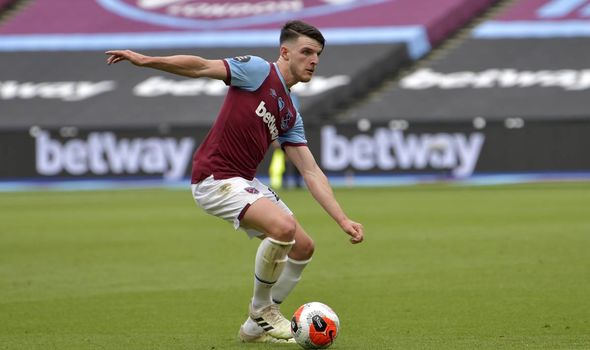 But it now emerges that the Hammers’ only way of doing so is to sell Rice, whose transfer fee would cover Benrahma and Eze with change.

Chelsea are believed to be the only team with a significant interest in Rice, and will likely be unopposed in their bid to sign him.

West Ham are still keen to avoid losing their star man, and will put Manuel Lanzini, Felipe Anderson and Fabian Balbuena up for sale as well.

However, with no other teams interested in any of those players, it seems Rice could be their best chance of raising funds.

Southgate speaks out on making positive changes in football

PETER CROUCH: What Bielsa has done is wrong but it doesn’t outrage me