Ben Chilwell says Thomas Tuchel’s constant rotation can only be a good thing and claims it’s helping get the best from the full Chelsea squad. The Blues played out a 0-0 stalemate in Yorkshire but had a few half-chances to win the game, had they been more clinical.

The same could be said of Leeds though, who called Edouard Mendy into action on a number of occasions.

A draw was the fair result and while Chelsea flattered to deceive in the final third, they do not concede many goals.

Their defensive record since Tuchel replaced Frank Lampard speaks for itself, despite his constant changing of the wing-backs.

Chilwell started today but was an unused substitute on Monday in the 2-0 win over Everton. 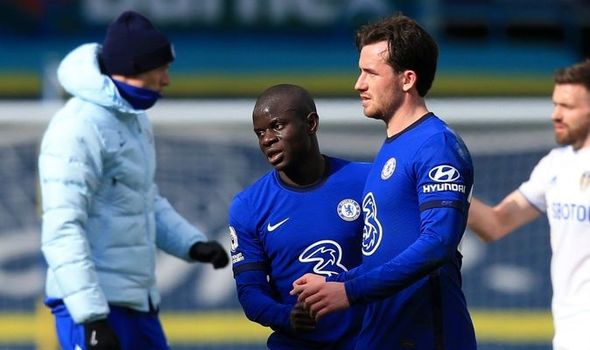 But the former Leicester man doesn’t mind the rotation and spoke highly of Tuchel’s regime after the goalless draw at Elland Road.

He told BT Sport: “I think it’s a good thing when you’ve got so many players in each position that are all ready to play.

“It just means during the week in training, everyone is fighting for that spot in the starting XI.

“It just challenges all of us to push and get that start on the weekend and that can only be a positive thing.”

Chelsea will be frustrated that they have dropped two points in the race for top-four, as the likes of Tottenham, Liverpool, West Ham and Everton bid to close the gap.

“Like you said, that’s why we are disappointed coming away from it,” Chilwell added, when asked about teams breathing down their neck. “It’s very tight between third and eighth, there’s not many points.

“These are the sort of games we want to be winning, it’s a difficult game but if you can’t win it, it is a positive that we are not going to lose it either.

“I think coming into the game, people probably predicted goals. 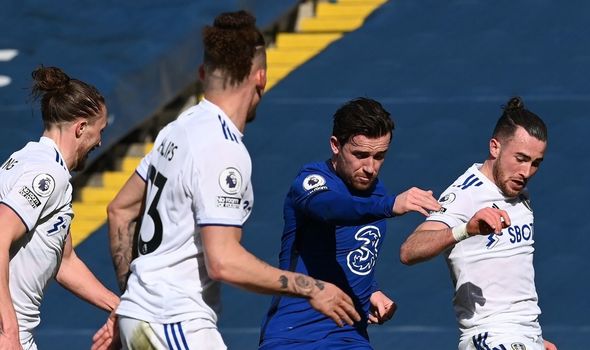 “The way Leeds play, they’re pretty free-flowing, athletic and switch positions a lot on the pitch.

“It was a tough game to play, it wasn’t the best pitch to play on and we come away disappointed we didn’t get the win as we created chances.”

Chelsea now take a break from Premier League action as they focus their full attention on completing the job against Atletico Madrid in the Champions League.

The Blues are 1-0 up from the first-leg in Bucharest, while there is also an FA Cup quarter-final on the horizon against Sheffield United next Sunday.

Arsenal end of season player ratings: Leno, Saka and Tierney stand out but one star gets 3