Christian Pulisic is said to be happy at Chelsea and wants to prove his worth under Thomas Tuchel amid reports he could quit Stamford Bridge. The Blues are not planning to sell the winger despite his lack of progress this season but the board will reassess the situation at the end of the campaign.

Following Project Restart, Pulisic was in excellent form and was on target in the FA Cup final defeat to Arsenal.

He began to make huge strides under Frank Lampard before injuries halted his development and Chelsea’s all-time record goalscorer was handed his P45.

Since the arrival of Tuchel, Pulisic has found himself out of favour and way down the attacking pecking order.

In the 0-0 draw at Leeds last Saturday, he was handed a rare start at wing-back but the role struggled to get the best from him. 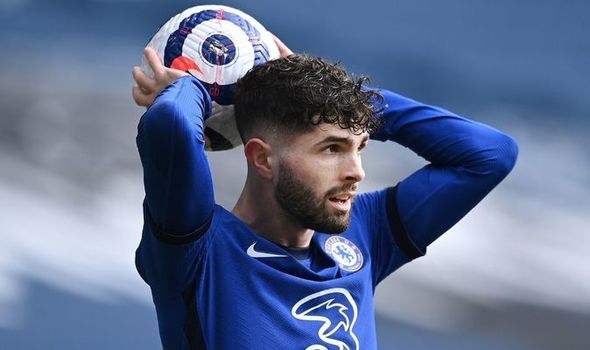 In recent weeks, Pulisic has been linked with a move away from west London with Liverpool, Manchester United and Bayern Munich among the interested parties.

Yet according to transfer expert Fabrizio Romano, Pulisic is not considering leaving and Chelsea have no intentions to sell as of yet.

“I think it’s time to clarify a bit because I see people getting worried about Pulisic,” Romano said on the Here We Go Podcast.

“He is so happy at Chelsea, he wants to fight to be a starter and is a great professional.

“There is nothing advanced with Bayern Munich and there is rumours about a swap deal with Kingsley Coman. At the moment there is absolutely nothing.

“Pulisic wants to fight but if at the end of the season it is the same with Pulisic not playing, for Chelsea will consider selling.

“At the moment there is nothing decided and he wants to fight for Chelsea but let’s see at the end of the season.

“Obviously if he’s not playing, that’s not great for Pulisic or Chelsea so they will decide in June.” 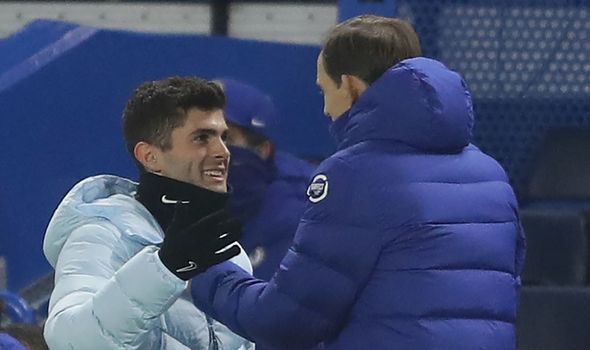 When pressed as to why Pulisic has struggled under his leadership, Tuchel highlighted the importance of hard work and patience, hinting the opportunities would come.

“When you sign and play for Chelsea, it’s part of the job description to be patient and impatient at the same time,” he said.

“All of my players are competitors and they want to play every minute. At the same time, when you’re not selected, you have to stay patient and not lose confidence.

“When it was possible for him to start around Sheffield United and Barnsley, one game came too soon and Barnsley wasn’t easy.

“If you turn it around, it’s the duty of the players to show up and really earn to play. This is what Christian does.

“I feel him in the last days very positive and doing the very best in his situation.”