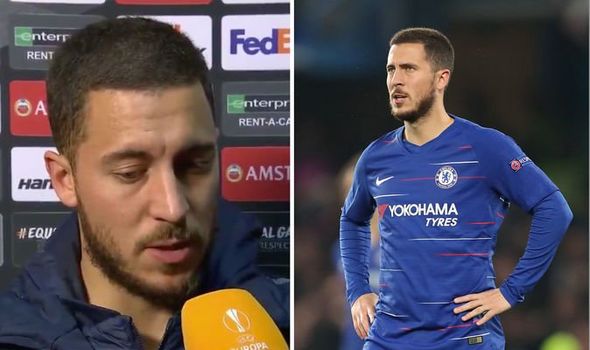 The Belgian forward has been heavily linked with a blockbuster move to Spain this summer, as it is believed he could become Chelsea’s most expensive export ever.

The Blues are said to be holding out for a monster £100million fee for the winger, who they are reluctant to sell.

But Hazard is out of contract at the end of next season and has no signs of signing a new deal, meaning they may be forced to let him leave this summer.

Last night he scored the winning penalty for Chelsea in their Europa League semi-final second leg against Eintracht Frankfurt.

His goal sent Chelsea through to the final on May 29, which could end up being Hazard’s last game for the club he joined in 2012.

Many believed that the semi-final would be his final game at Stamford Bridge, and the 28-year-old remained coy on the subject after the game.

But that did not stop Willian pleading with his team-mate to stay at the club as he called him one of the “best players in the world.”

“I don’t know, I don’t think so,” he said when asked if he thought Hazard had played his last home game. 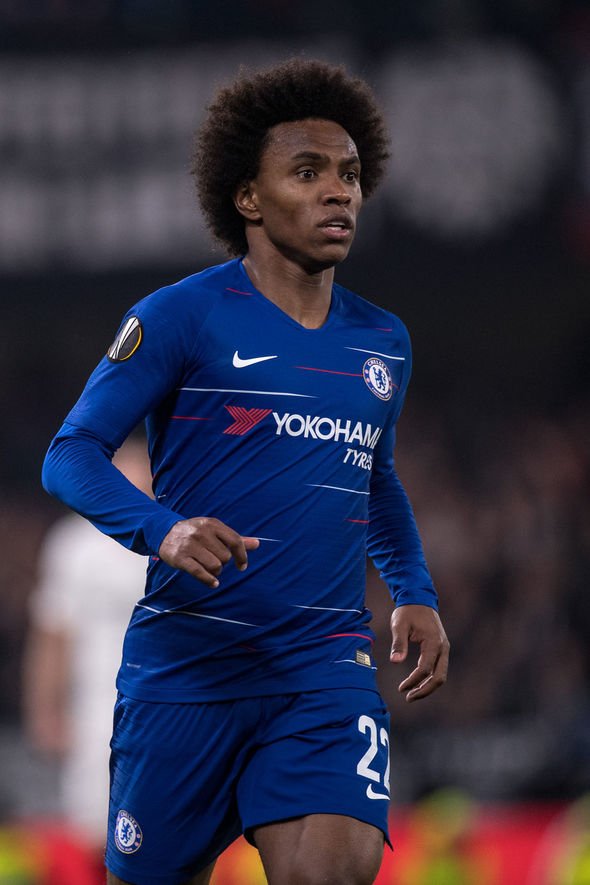 “For me I hope he stays, but in football you never know.

“I think his head is here, to play for Chelsea.

“Then after he’s finished the season maybe he can talk about his situation.

“I don’t know anything about him leaving so for me I hope he can stay. 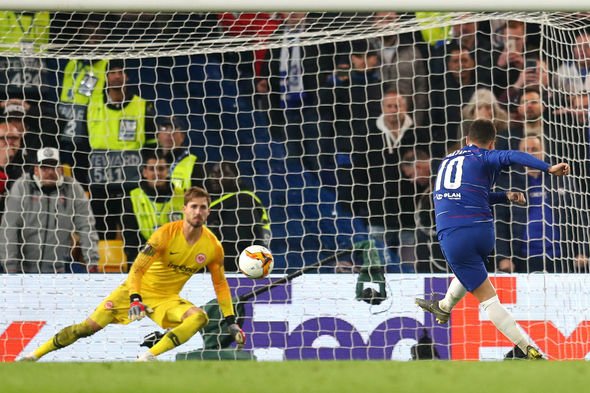 “And he’s one of the best players in the world.”

The final against Arsenal, which is being played in Baku, Azerbaijan, could be Hazard’s last game in a Chelsea shirt, but he insisted that he is only thinking of the game itself.

“If it [the final] is my last game I will try to do everything, if it’s not, then I will see,” said Hazard.

Saul Niguez wages: How much does the Man Utd transfer target earn?