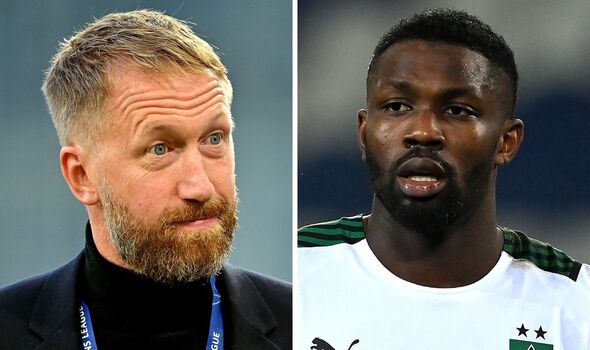 Chelsea are reportedly looking at a potential move for Thuram brothers Marcus and Khephren. The Blues are in dire form of late having won just one of their last eight Premier League fixtures. Part of their miserable run of results comes down to the injury crisis Graham Potter is currently managing at Stamford Bridge.

The defeat to Manchester City on Thursday saw both Raheem Sterling and Christian Pulisic hobble off with injuries while Mason Mount was ruled out before the game. Potter is down to the bare bones of his squad at the moment with his bench against City made up of a number of youth players such as Bashir Humphreys and Omari Hutchinson.

He’s set to have new signing Benoit Badiashile available to him in time for Chelsea’s next Premier League match against Fulham on Thursday. But more signings are likely between now and the end of the January transfer window.

A deal for Enzo Fernandez has reportedly collapsed with Benfica angry at how negotiations were handled during talks with Chelsea. David Datro Fofana’s arrival from Molde helps bolster Potter’s attacking options, but he’s seen as one for the future and could be loaned out this month.

A midfielder and a striker remain top priorities for Chelsea in the window and the Daily Mail claim they’ve made an approach to sign Marcus Thuram from Borussia Monchengladbach. The Frenchman is out of contract in the summer and is attracting attention from a host of clubs around Europe.

It’s been suggested that Thuram favours staying at Monchengladbach until the end of the season to leave as a free agent. But clubs are expected to test that stance and Chelsea are ‘stepping up talks’ to try and bring the striker to Stamford Bridge.

The report adds that Chelsea could also move for his brother, Nice midfielder Khephren. He’s said to be seen as an alternative to Fernandez with Chelsea still keen to bring in a midfielder.

Potter is reportedly keen to ‘renovate his misfiring team’ and the Thuram brothers would help bolster his options. Newcastle are said to be rivaling Chelsea for Kephren’s signature while Manchester United, Bayern Munich and Inter Milan are in the hunt for Marcus.

Jose Mourinho watches Roma from 'jail' on the team bus