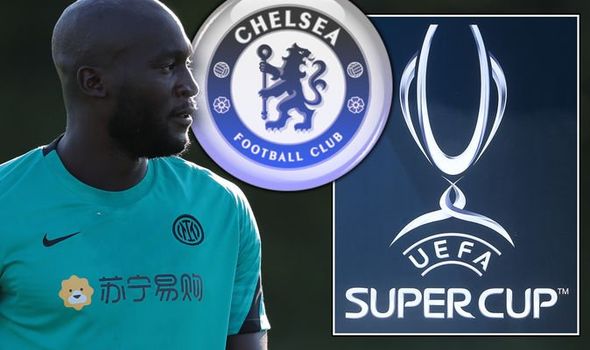 Chelsea are readying a third bid for Romelu Lukaku of around £105million – which could smash the Premier League record transfer fee about to be set only this week by Jack Grealish’s move to Manchester City.

And Lukaku in meetings earlier today is understood to have told Inter that he wants the move to go ahead after a change of heart.

The Stamford Bridge club, who saw an offer for the Belgium star of £85 million including Marcos Alonso snubbed by Inter Milan this week.

But Chelsea owner Roman Abramovich is expected to go in with another offer in the next 24 hours which will meet Inter’s demands.

Chelsea are keen to get the deal done for their former striker as soon as possible, with the start of the Premier League season only nine days away.

And the aim is to get the deal done if possible for Lukaku to even make his Chelsea debut in Wednesday night’s UEFA Super Cup final against Villareal in Belfast.

Lukaku, who Chelsea sold to Everton seven years ago for £28m, is now ready for a return to London, where he spent three years at Stamford Bridge – if the clubs can agree terms.

Chelsea have offered Lukaku a five-year deal worth around £12.8m a year – almost double what he earns at Inter.

And in what could be an extraordinary transfer merry-go-round, Atalanta have in turn targeted Chelsea’s £40m Tammy Abraham as the man they want up front – and talks have already begun.

Chelsea are still in talks with Sevilla over a £60m deal for defender Jules Kounde – but their hopes suffered a blow with Kurt Zouma on Wednesday turning down a move to West Ham – who were offering the centre-back a five-year contract.

Zouma now looks set to sign a new deal at Stamford Bridge instead, with it unclear what that will mean for the potential arrival of Kounde.

The Hammers are instead set to look to Fiorentina defender Nikola Milenkovic, who would cost around £12m. They are also though in talks with Marseille over defender Duje Caleta-Car – who is rated at around £17m.

Chelsea beat London rivals Tottenham in their final pre-season friendly on Wednesday night and after playing against Europa League winners Villarreal, take on Crystal Palace a week on Saturday (3pm).

After their opening Premier League fixture, Chelsea face Arsenal in their first Stamford Bridge match of the 2021-22 season.

The Blues’ tough start to the season then sees them go head-to-head with Liverpool, Aston Villa, Tottenham and defending top-flight champions Manchester City.

Burnley plan for women’s team to be integrated into club