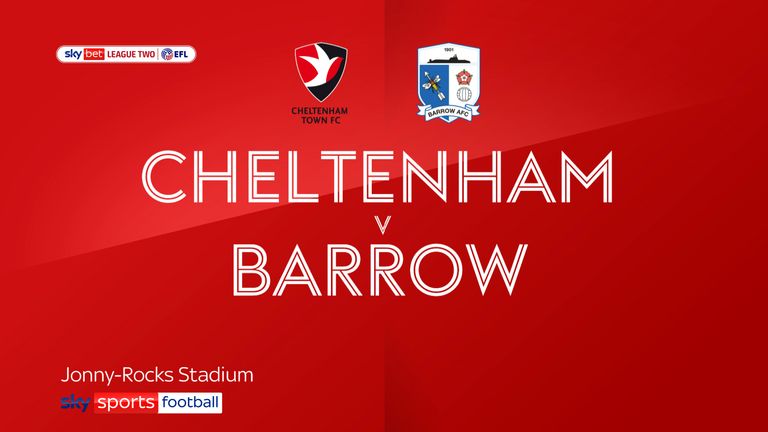 Leaders Cheltenham suffered a surprise defeat at the hands of lowly Barrow, who continued their decent run of form under caretaker boss Rob Kelly.

The visitors made the perfect start, opening the scoring inside two minutes when James Jones’ low shot from the right trickled in at Josh Griffiths’ far post.

Cheltenham should have levelled in the 18th minute when a quick break upfield ended with striker Sam Smith clipping the ball past keeper Joel Dixon only for Neal Eardley to clear off the line.

Scott Quigley had the ball in the net for the visitors midway through the first half only to be foiled by the offside flag before the Robins went close three times in as many minutes.

Chris Hussey’s long-range shot was deflected against the post on 39 minutes and he then had another 25-yard strike pushed away by the keeper, with Alfie May’s rebound being cleared off the line by Kgosi Ntlhe.

The second half slumbered until Barrow doubled the lead in the 66th minute when the Cheltenham defence failed to deal with Bobby Thomas’ long throw and Griffiths’ hacked clearance cannoned off defender Sean Long and went into the net to wrap up a third straight victory for the Bluebirds.