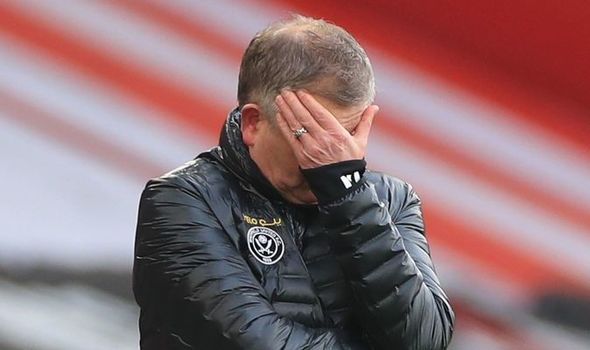 Chris Wilder is set to leave Sheffield United following a crunch Blades board meeting, according to multiple reports. His side are currently rooted to the bottom of the Premier League table on 14 points, 12 adrift from safety but tensions behind the scenes have been building for weeks.

Wilder has received the backing of the board despite the club’s wretched form this season on the field, following an impressive ninth-placed finish last term following their return to the top-flight.

The 53-year-old arrived at Bramall Lane in 2016 and his men were bottom of the League One table after his first four matches in charge.

But the Blades fought back and won the title with a club-record 100 points before eventually sealing promotion back to the Premier League in 2018/19 after finish runners up in the Championship.

It’s understood that Wilder has become frustrated with the board’s desire to change the structure and appoint a director of football.

The move would effectively see Wilder demoted to a head coach role, meaning he is unlikely to have a say in future transfers.

According to talkSPORT, the Blades boss is now expected to leave his position today marking the end of an era at the Yorkshire club.