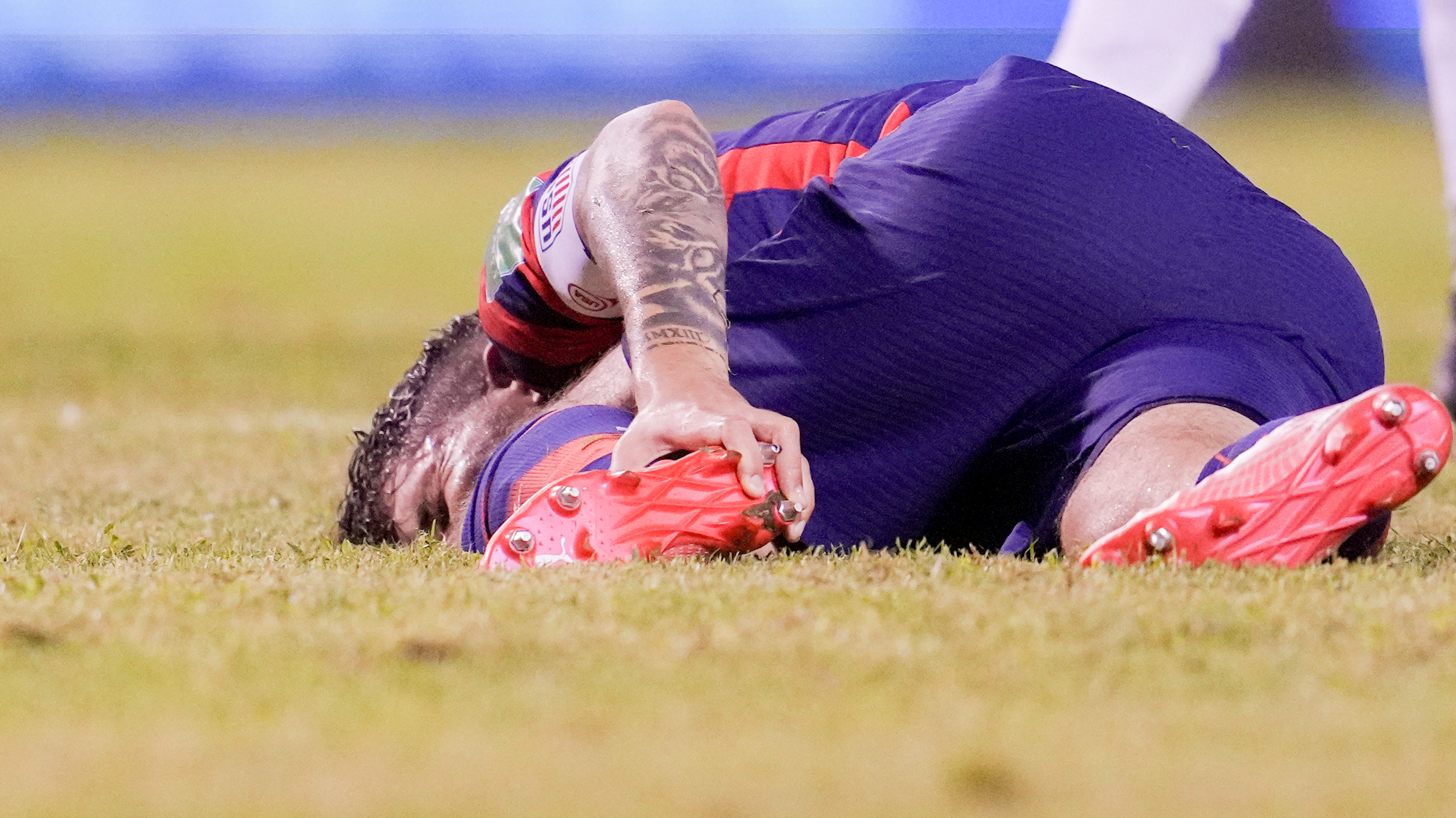 Christian Pulisic is a major doubt for Chelsea’s clash with Aston Villa after suffering an ankle injury while on international duty with the United States.

It’s been a nightmarish year for Pulisic, 22, after an impressive end to the 2019/20 campaign, with a series of niggling muscle injuries limiting his involvement for Chelsea last season.

The winger returned to action to play the full 90 minutes of the USA’s 1-1 draw with Canada in World Cup qualifying and continued his run in the side as the Stars and Stripes thumped Honduras 4-1 in San Pedro Sula.

But the former Borussia Dortmund attacker was substituted just after the hour mark following a strong challenge from Honduras defender Maynor Figueroa.

Pulisic lay on the ground clutching his left ankle for some time and appeared in some discomfort as he made his way off the pitch to be replaced by Cristian Roldan at the Estadio Olimpico Metropolitano.

‘We’re going to get more information on it when he goes back to London.

‘We’re not sure of the severity of it right now.’

Just last week, Pulisic spoke of ‘feeling pretty good’ during the United States’ clash with Canada after coming out of isolation.

Obviously it was tough for me,’ he explained.

‘We made the decision to play against Canada and I felt pretty good.

‘It’s good to be back with the team and I just want to be here to help in whatever way I can.’

There are also questions marks surrounding the fitness of Romelu Lukaku (thigh) and N’Golo Kante (ankle/foot) ahead of Chelsea’s upcoming encounter with Villa at Stamford Bridge.

Reece James is suspended for the match following his sending off at Anfield before the international break.