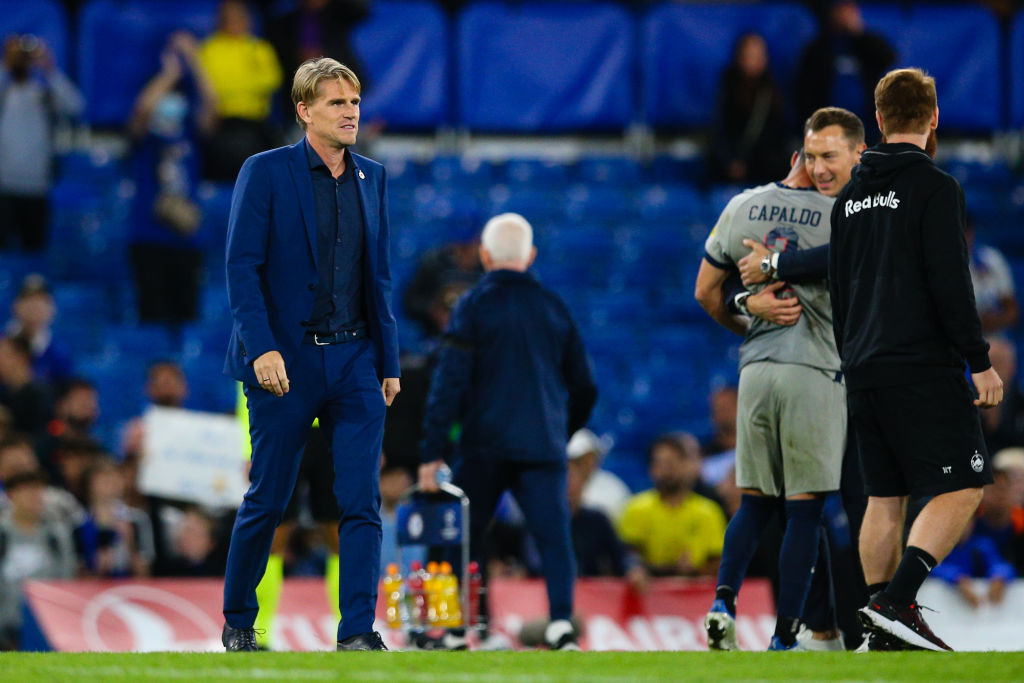 Red Bull Salzburg sporting director Christoph Freund has confirmed he has turned down the vacant role at Chelsea.

Blues owner Todd Boehly, who took over the club this summer, had hoped he would be in a position to make a swift appointment having been forced to take on the role of sporting director himself during a chaotic transfer window.

Chelsea spent in excess of £250m revamping their squad but appear to be no better for the significant investment and are embarking on yet another new managerial era following the sacking of Thomas Tuchel earlier this month.

Boehly had identified Freund as his primary target to take on the some of the responsibilities he had assumed himself over the summer and thought he had all but closed a deal for the Austrian.

Freund was in attendance at Stamford Bridge last week when his current club battled to a 1-1 draw in their Champions League group stage clash and talked up the possibility of moving to west London.

He said: ‘I can’t say exactly what will happen in the next few weeks and months. You should never rule anything out in football and Chelsea are such a huge club.

‘But I’m sports director in Salzburg and I really enjoy it.’

Gary Neville is not a fan of American owners ðºð¸âhttps://t.co/oghit2M0ho

However, he has now confirmed that he will not be heading to Chelsea to work under Boehly.

‘As I have already confirmed in interviews, Chelsea FC was interested in me,’ he said on Tuesday.

‘When such a big club asks, it not only honours me and the work of FC Red Bull Salzburg, it is of course also a circumstance that entails personal considerations.

‘But I’ve come to the conclusion that I’m in the best of hands with FC Red Bull Salzburg and that a change is out of the question for me.

‘We’re in the middle of a very intense phase and have important tasks to do in the (Austrian) Bundesliga, Cup and Champions League — that’s what my focus and concentration are all on.’

Tuchel gives backing to Christensen's bid for a new contract