Costa Rica fail to have a SINGLE shot on goal in 7-0 drubbing by Spain – the first time in a World Cup match since 1990 – with Gary Neville blasting their toothless display as ‘bad as it gets’, while Graeme Souness, 69, claims: ‘I could’ve played’

Gary Neville was bewildered by toothless Costa Rica after the 7-0 drubbing by Spain on Wednesday evening.

Costa Rica were failed to have a single shot on goal – the first time in a World Cup match since the Central American side drew a blank in 1990. 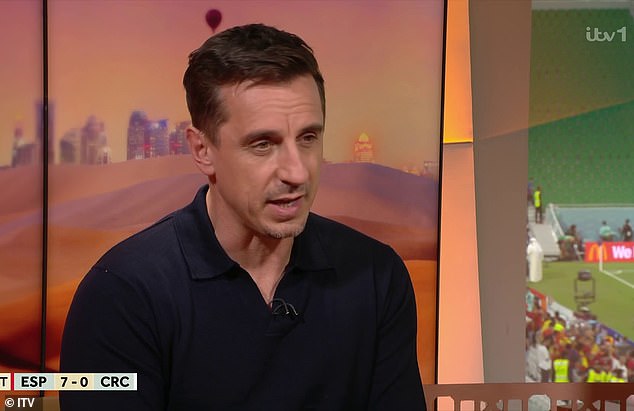 ‘Those players have had multiple World Cups, they’ve had experiences, they knocked us [England] out of a group, five of those players, in 2014, they were fantastic, great energy, there was nothing out there today.

‘I’ve no idea what just happened. We know Spain keep the ball, they had the most possession at the last European Championship with 76%, we know they do that game in game out, but that’s as bad as it gets from Costa Rica, a team who have got a lot of quality and experience in the last eight to 10 years.’

Fellow pundit Graeme Souness was equally scathing as the 69-year-old former Scotland midfielder claiming he ‘could’ve played in the first half’.

‘It was in the 96th minute when they put an aggressive challenge in, when I say aggressive I mean leaving a bit on a Spanish player. 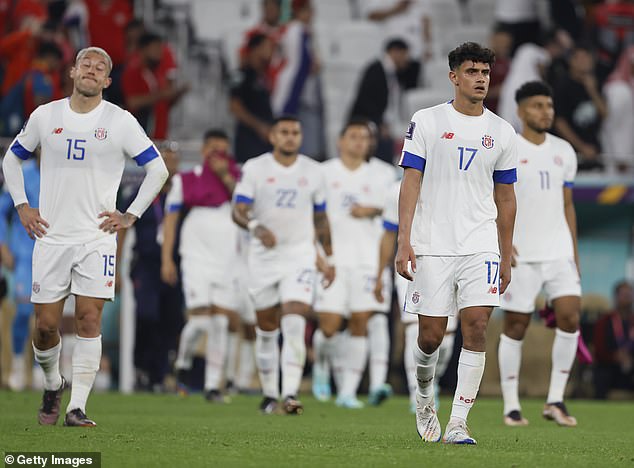 ‘I would describe it as a passive, woeful attempt to try to play football

‘For Spain it was an absolute doddle, the perfect game. If they had a match amongst the squad, a practice match, it would’ve been more competitive than what we saw tonight from Costa Rica.

‘I could’ve played in the first half where Busquets played, there was no one near him, he was getting the ball and being allowed to turn, no one putting a challenge in. It was an easy night’s work for Spain.’ 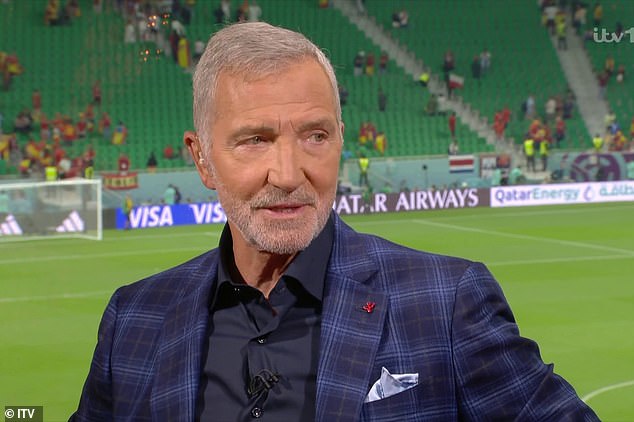