Despite their acrimonious split, Manchester United may be willing to do Cristiano Ronaldo one final favour after the Red Devils were linked with a move for Vincent Aboubakar.

Ronaldo, 37, joined Saudi Arabian club Al-Nassr last week in a mega-money deal which will see him earn an approximate £175million a year. However, his arrival in the Middle East has been followed by a number of setbacks.

On Thursday it emerged that the Saudis will face difficulties fielding Ronaldo anyway, with the club being unable to register the star having surpassed their foreign player quota. 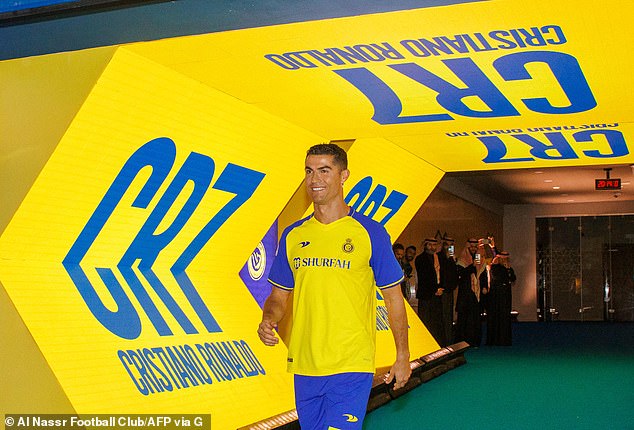 The 37-year-old is Al-Nassr’s ninth import from overseas and club sources told AFP negotiations are ongoing to sell a current squad member to meet the limit of eight set by the Saudi Pro League.

‘Al Nassr has not registered him yet because there is no vacancy for a foreign player,’ an unnamed Al Nassr official told AFP.

‘A foreign player must leave to register Ronaldo, either by selling or by terminating the contract by mutual consent.’ 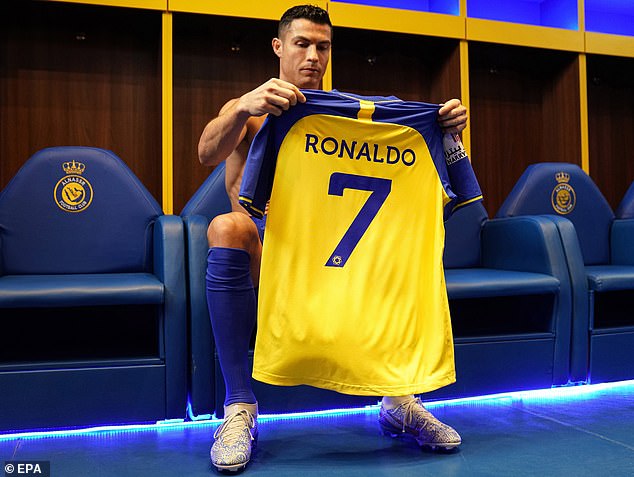 However, United have emerged as an unlikely friend willing to help Al-Nassr and Ronaldo. The Red Devils are desperate to bring in a new striker this month to replace the 37-year-old, although financial constraints mean they are expected to dip into the loan market.

And Saudi outlet OKAZ reports that Al-Nassr are looking to offload Cameroon captain Aboubakar to make space for Ronaldo. They report that United and Turkish outlet Fenerbahce are looking to land the former Porto striker.

Al-Nassr’s foreign quota ordeal is just one of a number of obstacles the club has encountered since landing Ronaldo. 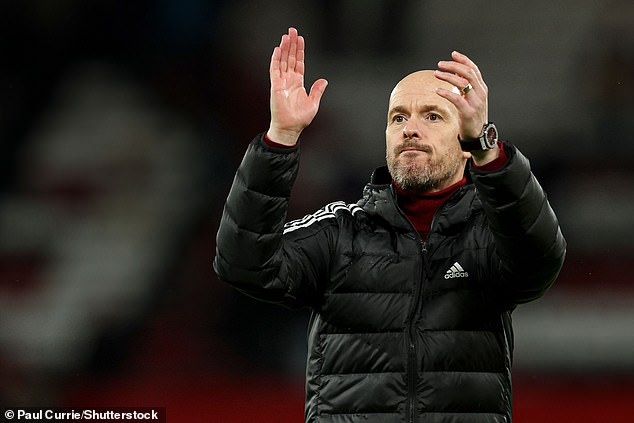 However, Erik ten Hag’s need for a new striker has opened the door to an unexpected deal

Ronaldo’s anticipated debut had already been cast into doubt because of a two-game FA ban, given to him when he was a Manchester United player and which he has yet to serve.

The star was given the ban in November for slapping a phone out of the hand of an Everton fan during a game last season.

Al-Nassr were considering playing the Portuguese superstar in defiance of the suspension, willing to pay any fine handed to them by world governing body FIFA.

But any chance of Ronaldo playing on Thursday night was dismissed after their was called off due to electrical issues. 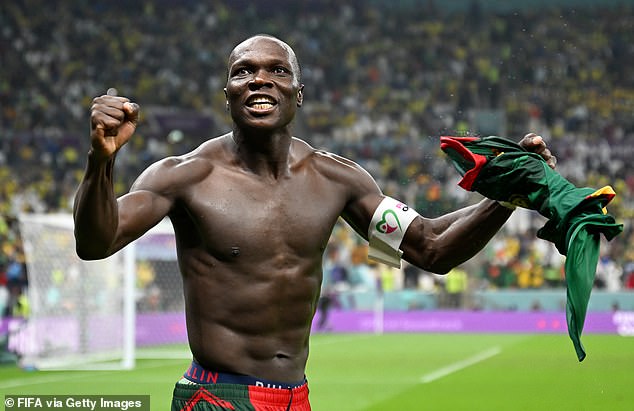 The Saudi Pro League side has splashed out upwards of £400million to secure Ronaldo services for the next two-and-a-half years, with the 37-year-old signing a reported £175m-a-year contract.

When is the Champions League quarter-final and semi-final draw?

CHRIS SUTTON: Maguire should have gone to Disney World instead!

England vs Poland: Robert Lewandowski to miss World Cup qualifier due to injury