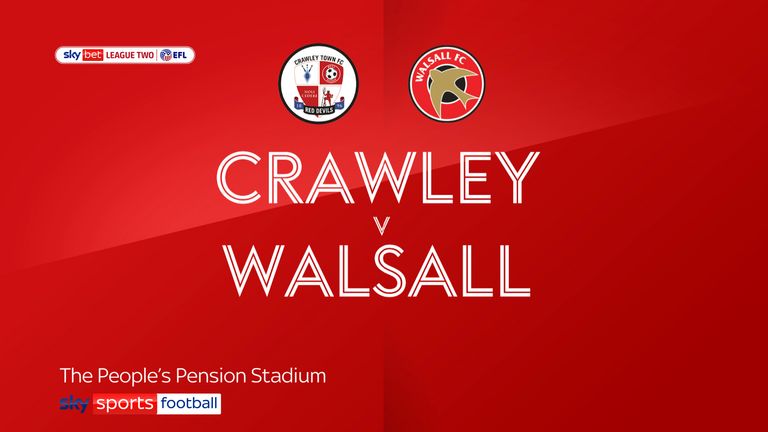 A dramatic stoppage-time penalty from Tom Nichols robbed Walsall boss Brian Dutton of his first win in eight attempts since taking charge as Crawley forced a 1-1 draw at the Broadfield Stadium.

Emmanuel Osadebe gave the Saddlers the lead shortly after the break with his first goal for the club from the spot.

Boss Dutton went into the game insisting he is still the right man for Walsall following a winless start to his tenure.

The Saddlers enjoyed early possession and the recalled Cameron Norman had a fierce shot blocked for a corner.

Crawley striker Nichols threatened with a deflected shot and the Reds were forced to withdraw the injured Jake Hesketh before Ashley Nadesan’s header was tipped over by Walsall keeper Liam Roberts.

Jordan Maguire-Drew was off target just before the break for the Reds after a cross by Joe McNerney.

Caolan Lavery hit an overhead kick against the bar for Walsall before they broke the deadlock 10 minutes after the interval when Tunnicliffe brought down Josh Gordon and Osadebe sent Glenn Morris the wrong way from the penalty spot.