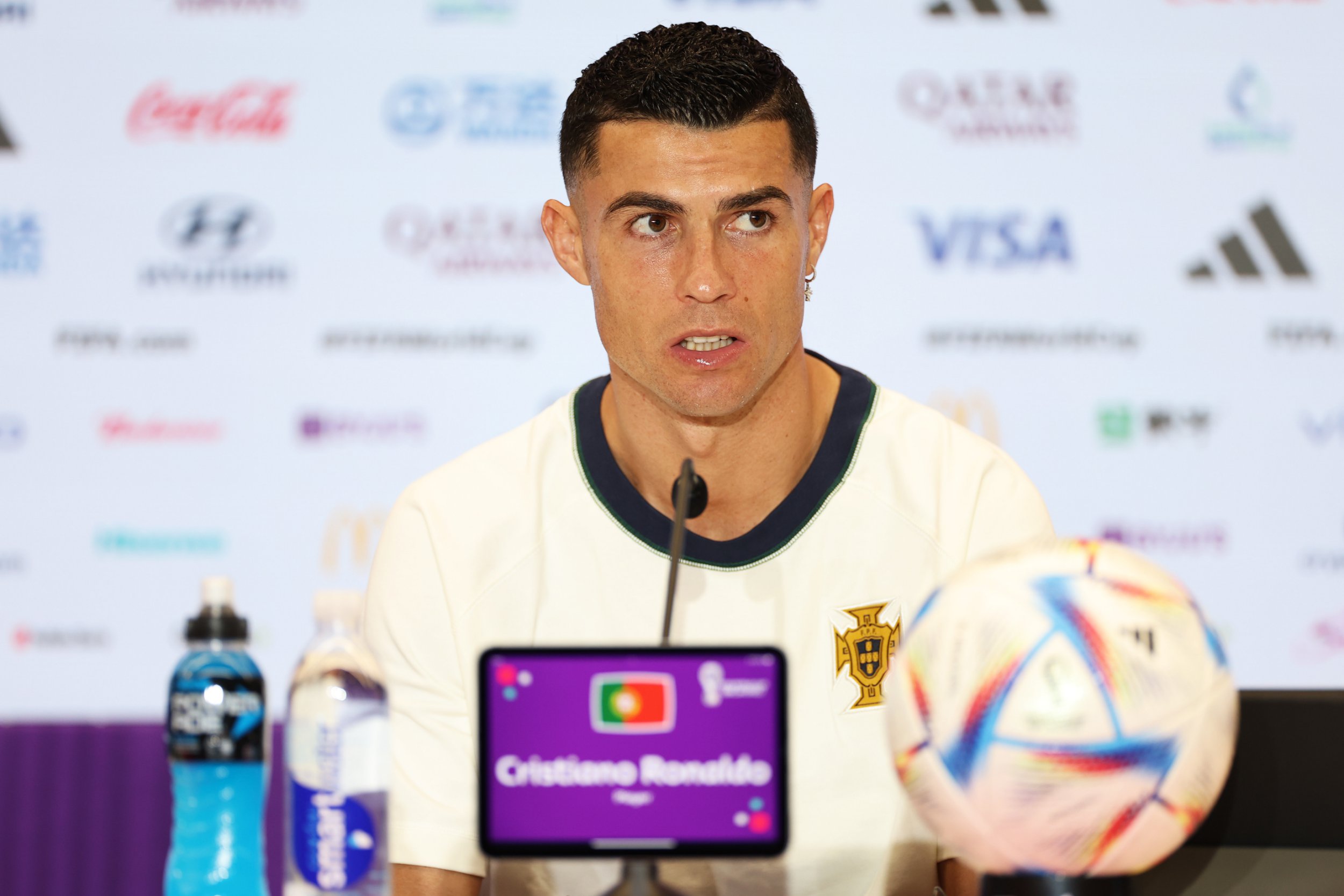 Cristiano Ronaldo says his ‘chapter is closed’ at Manchester United following Portugal’s 3-2 victory over Ghana at the World Cup on Thursday.

Ronaldo made history during the match as he scored a penalty to put Portugal in front in the second half. That goal meant that Ronaldo has scored in five different different World Cups – a feat no other male player has achieved.

Portugal were involved in a dramatic end to the game but were able to hold on for the win which puts them top of Group H.

Ronaldo, meanwhile, finishes the week without a club as Manchester United announced on Tuesday evening that his contract had been terminated in response to his controversial interview with Piers Morgan.

When asked if it had been a difficult week following his United exit, Ronaldo shook his head during the question and replied: ‘It is important we won.

‘It was a week that finished this chapter. It is closed and now I want to start with the good foot. We started, we won.

‘I could help my team and all the rest doesn’t not matter.’

Meanwhile, Manchester City midfielder Bernardo Silva insists Ronaldo has been ‘great’ with his Portugal teammates during their World Cup preparations.

‘We are happy to know that we can still count on him,’ Silva said. ‘Not just the goal but he worked a lot for the team. What happens next is his decision. That’s the decision of whoever it is who offers him a contract.

‘It depends on what he wants. I don’t know what he wants for his life. He has to speak with his family and decide for himself, right?

‘I support his decision in terms of, it’s his decision. He’s my teammate in Portugal – if he’s happy, we’re happy. He’s been fine with us. He’s been great.’

Ronaldo’s former United teammate Bruno Fernandes, who provided two assists in Portugal’s win over Ghana, believes criticism has fuelled the 37-year-old ahead of the tournament.

‘I think the he likes to work under that criticism from everyone so I pray all of you to keep doing that,’ Fernandes said.

Hector Bellerin snubbed by Bayern Munich due to his defensive record