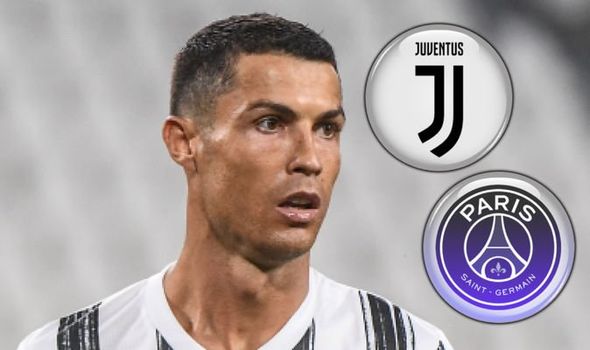 Cristiano Ronaldo will not swap Juventus for Paris Saint-Germain this summer despite the Serie A champions’ Champions League exit to Lyon on Friday night, says European football expert Gab Marcotti. Juve had signed Ronaldo for £88million from Real Madrid two years ago in hope that he would end their lengthy wait to win the European Cup, having not done so since 1996.

But despite scoring a brace at the Allianz Stadium last night, a 2-1 defeat saw Juve crash out on away goals at the last-16 stage.

It comes after being knocked out by last year, after Ronaldo had scored home and away in their quarter-final tie against Ajax having scored a hat-trick in the previous round to help Juve past Atletico Madrid having trailed 2-0 from the first leg.

Despite being 35 years old, the Portuguese ace has been excellent for the Old Lady this term, scoring 37 times in 46 games across all competitions including 31 in 33 Serie A matches.

But under Maurizio Sarri, Juve lost the Coppa Italia final on penalties to Napoli in June having also lost the Suppercoppa Italiana to Lazio in December.

That has sparked suggestions that Ronaldo may be unhappy in Italy and that he might want to move on, given that Juve are no nearer to winning the Champions League than before his arrival. 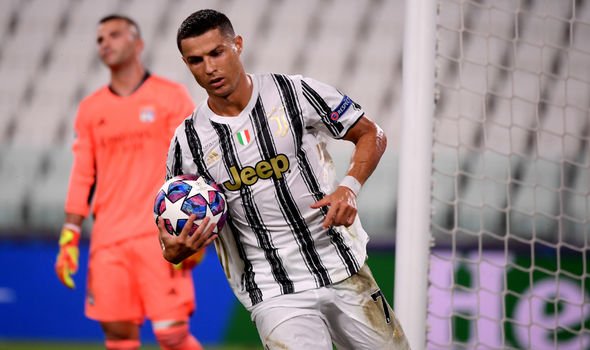 The Athletic claim that it is not insignificant that France Football’s Thierry Marchard – a journalist Ronaldo confides in – wrote that Ronaldo is neither happy nor unhappy in Turin.

The same report indicated that pre-coronavirus pandemic, Ronaldo was giving thought to a move to Paris ahead of the next summer window.

Negotiations are said to have been blocked by COVID-19 but links have remained regardless, given PSG’s immense resources.

Yet Marcotti insists Ronaldo will still be a Juve player for the 2020-21 campaign and expects Juve chiefs to call him to discuss the future of former Chelsea boss Sarri.

Five-time Ballon d’Or winner Ronaldo and the Italian coach have clashed on a couple of occasions and Juve’s performances this season have not impressed.

They won just two of their final eight Serie A matches to end up one point ahead of Antonio Conte’s Inter Milan and it is widely expected Juve will look to replace Sarri this summer.

Marcotti told ESPN FC: “Well what next [for Ronaldo] is he’s got two years left on his contract and he’s coming off a tremendous season, a really good season where he was often very good in the games that mattered.

“He and [Paulo] Dybala really the only bright spots, for Juve, possibly along with [Wojciech] Szczesny in the whole team. So I think he’s going to stick around.

“He’ll be back next season and at the very least I would expect in the next 48 hours, [chairman] Andrea Agnelli and [vice chairman] Pavel Nedved, when they’re deciding what to do with Sarri, they get on the phone to Cristiano and say, ‘Hey Cristiano, what do you think?

“‘We’re going to be spending $170m over the next two years in amortisation and wages to have you here. What do you need to be at your best and make sure that money is well spent?’

“I would listen to what the man has to say. He’s getting older but they knew how old he was going to be at this stage of his career when they signed him. 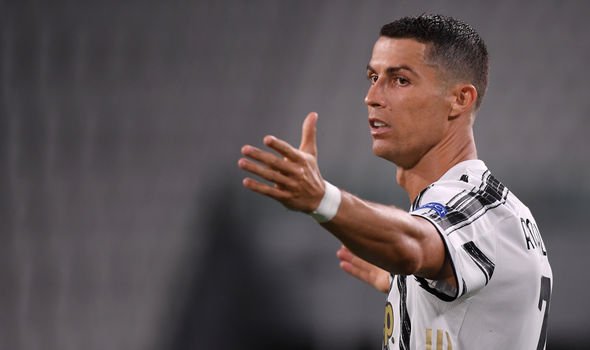 “They decided to go and spend this enormous amount of money on him in wages and he’s generally held up his end of the bargain. He’s been good, he’s not the issue here.

“The issue is that he’s completely unsuited to playing the time of football that Sarri wanted to play and you need to put certain people around him and play in a certain way.

“That’s not what Sarri does and what he tried to do this year, he didn’t do it well. Because this isn’t the NFL and contracts are guaranteed, you can’t cut his contract and say, ‘Let’s go and save on his wages.’

“You can’t sell him anywhere else – it’s very difficult to do. So, better off getting somebody [in charge] who can help you continue to get the best out of Cristiano and have the rest of the team support him and be effective. That man’s probably not Sarri.”

Juve chief Agnelli meanwhile said of Ronaldo’s future to Sky Italia after the loss to Lyon: “Cristiano to PSG? He’s going to stay with us.

“I’m sure that Cristiano will play for Juventus next season. He’s a pillar of this team.”

Liverpool transfer roundup: Wijnaldum waiting as Reds close in on ‘next Neymar’