REVEALED: Cristiano Ronaldo’s two-match ban for smashing a phone out of a fan’s hand will carry over to ANY club he joins even if he moves abroad… affecting any big move he makes following his departure from Manchester United

Cristiano Ronaldo’s search for a new club has been made more difficult as his two-match ban for smashing a phone out of a fan’s hand will carry over to any club – even if he moves overseas.

It was announced on Tuesday that Manchester United had mutually agreed to terminate Ronaldo’s contract at Old Trafford following his bombshell interview with Piers Morgan.

Sportsmail previously reported today that Ronaldo would be receiving a £50,000 fine a two-game ban for the incident which took place during Manchester United’s defeat to Everton at Goodison Park in April. 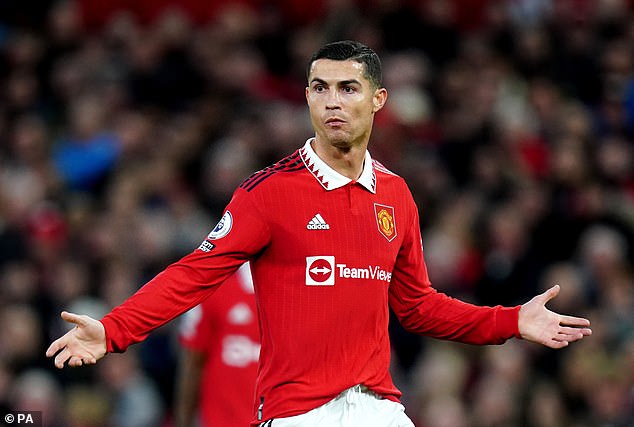 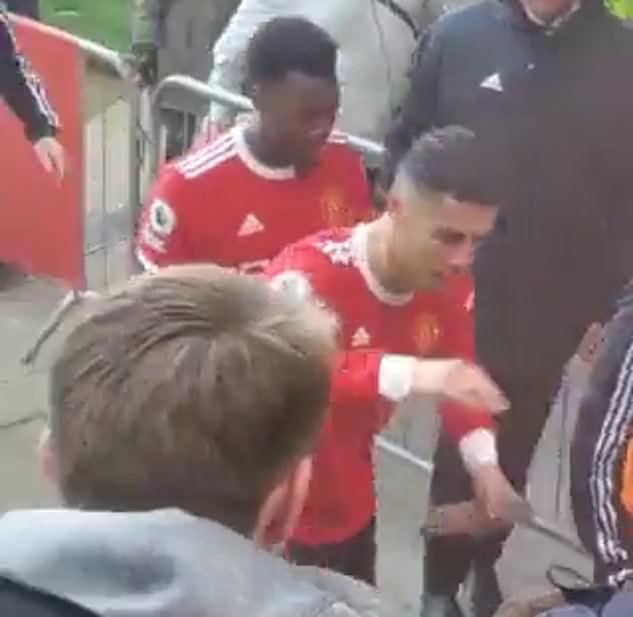 Ronaldo’s ban will carry over to any club, even if he moves overseas after leaving United

The ban won’t help him find a new club, as it has been revealed that the suspension will transfer with Ronaldo to any new football club and be served at domestic level in whatever country he plays in.

An FA spokesman said: ‘Cristiano Ronaldo has been suspended for two matches, fined £50,000 and warned as to his future conduct for a breach of FA Rule E3.

‘The forward admitted that his conduct after the final whistle of the Premier League game between Manchester United FC and Everton FC on Saturday 9 April 2022 was improper.

‘An independent Regulatory Commission found that his conduct was both improper and violent during a subsequent hearing, and imposed these sanctions.’

The incident happened after he stormed down the tunnel after United’s 1-0 defeat to Everton in April.

Ronaldo’s exit on Tuesday brought to an end a tumultuous second stint at Old Trafford.

The 37-year-old visibly showed his frustration with how things were going numerous times since his arrival in the summer of 2021.

His time at the club came to a crashing end on the back of his explosive interview with Piers Morgan, in which he blasted the club, Erik ten Hag and his own team-mates.

Ronaldo will receive no compensation as he gave up £16million in wages.

The Portuguese star will be looking to impress at the World Cup to show clubs the positive light of what he can bring to a club.

Chelsea, Sporting Lisbon and MLS side Inter Miami have all been linked with Ronaldo in recent months.

After his actions at Goodison Park in April, Ronaldo posted an apology to his Instagram page. 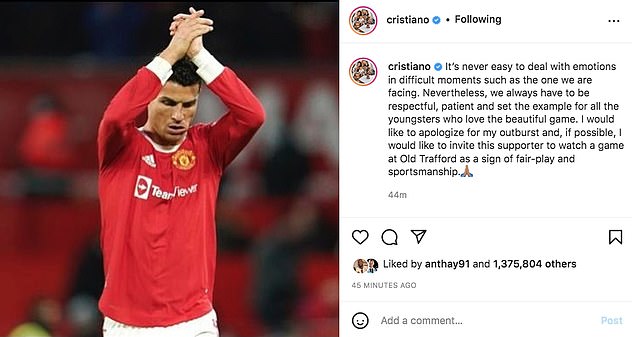 ‘It’s never easy to deal with emotions in difficult moments such as the one we are facing,’ he wrote.

‘Nevertheless, we always have to be respectful, patient and set the example for all the youngsters who love the beautiful game.

‘I would like to apologise for my outburst and, if possible, I would like to invite this supporter to watch a game at Old Trafford as a sign of fair play and sportsmanship.’

The 37-year-old was interviewed by police in relation to alleged assault and criminal damage and received a caution for his behaviour.

Ronaldo also looked to apologise to Harding in person, but the mother of the 14-year-old autistic boy Sarah Kelly refused, leading to a 10-minute phone call, with Kelly later branding the superstar as ‘arrogant’. 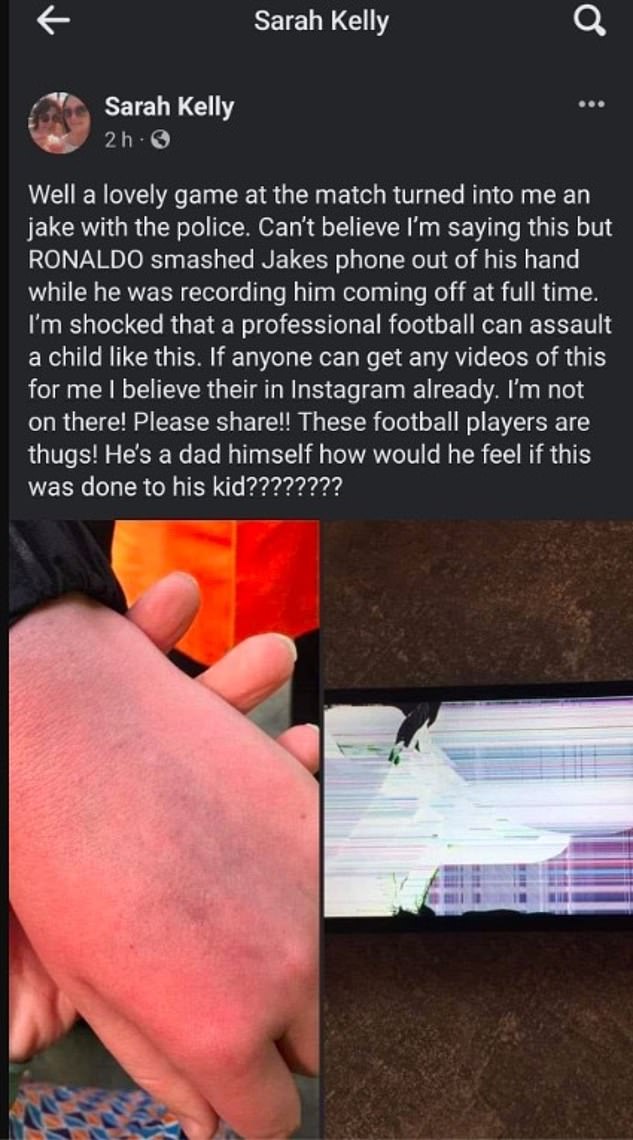 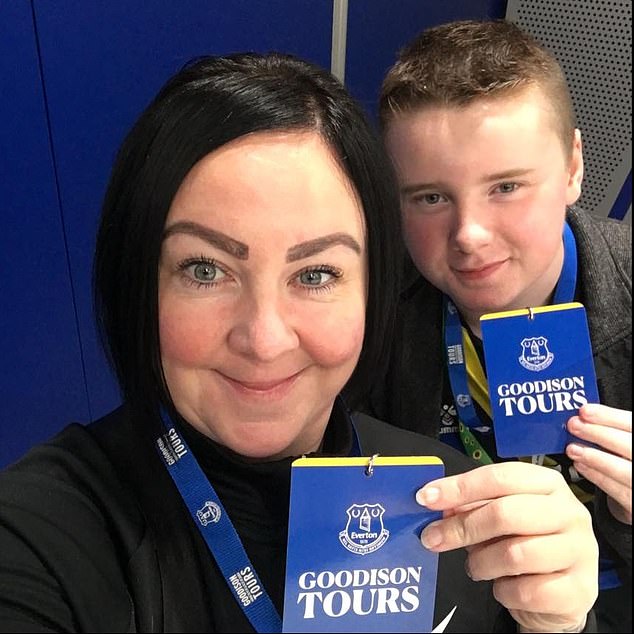 ‘He said, “I had a terrible upbringing, I lost my dad”. I said to him, “Everybody has a sob story Ronaldo, I lost my dad young, I’ve had cancer”.

‘He kept calling me Jack and didn’t even know my name and I said, “My name is Sarah” and he said, “Oh, Sarah, I’m sorry”.

‘He never referred to Jacob by his name either, it was always “the boy”. “I know the boy’s got problems”, he said. I told him, “He hasn’t got a problem, he has a disability, you’re the one with the problem”.

Sarah described Ronaldo as the ‘most arrogant man I’ve ever spoken to’ and feels that he has ‘got away with it’.

The Merseyside mother said at the time that she planned to take legal action against the star.