Crystal Palace 1-2 Southampton: Adam Armstrong sends the visitors through to ease the pressure on under-fire manager Nathan Jones after Odsonne Eduoard’s early opener for the hosts was cancelled out by James Ward-Prowse

What this win will ultimately mean? Only time will tell but Southampton needed this. Nathan Jones needed this. The travelling support who had made their way to South London through the rail strikes needed this.

For Southampton, this was merely a distraction. They have deeper issues at hand but this will do wonders in confidence for a side rooted to the bottom of the Premier League table after six straight defeats in the league.

It wasn’t just the win but the manner in which they came back against a strong Crystal Palace side after going down to Odsonne Edouard’s early opener. 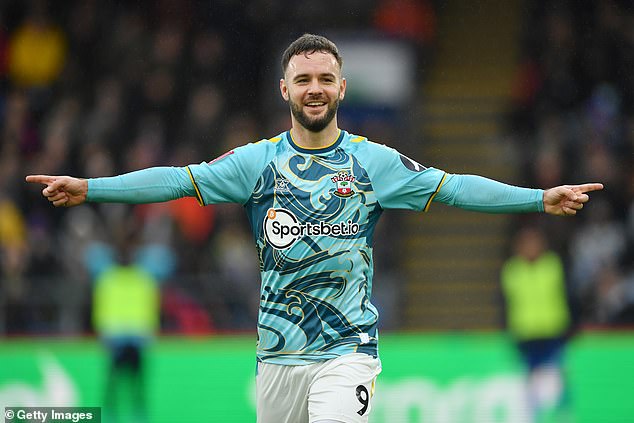 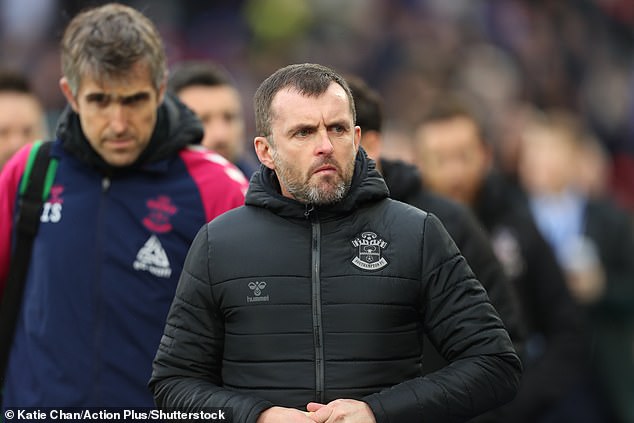 It was a win desperately needed by players, fans, and under-fire Saints’ manager Nathan Jones

Palace raced out of the blocks with Wilfried Zaha cutting in dangerously and blazing over and it took just under a quarter of an hour for Patrick Vieira’s side to make the breakthrough.

Joachim Andersen’s ball picked out Zaha who found Edouard. The Frenchmen skipped past Duje Caleta-Car with ease and beat Gavin Bazunu with a left-footed strike.

Palace could have doubled their lead ten minutes later as Michael Olise’s drilled ball across the box found the outstretched boot of Edouard and hit the crossbar.

‘Nathan Jones your football is s**t’ chanted the away end. 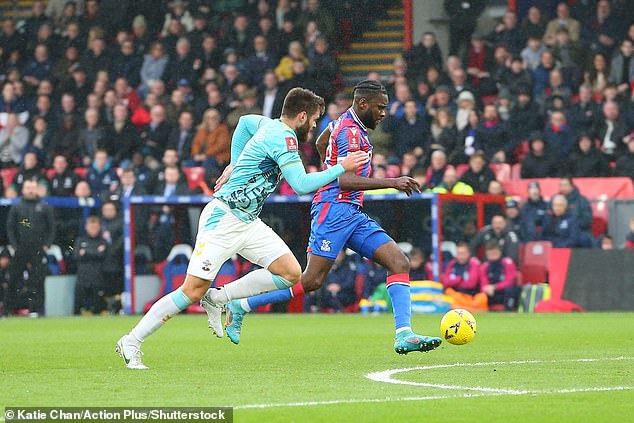 But the visitors grew in confidence and the initial boos from the travelling Saints support were replaced by sarcastic chants of ‘We’ve had a shot’ when James Ward-Prowse’s free kick was pushed away by Vicente Guaita.

Ward-Prowse however has a knack of scoring from setpieces and his side were level shortly after. This one was meant to be a cross but hIs delivery looped over everyone in the box and nestled into the far corner.

Jones desperately needed some fortune and he got it. Out of nothing, the visitors were level and the earlier boos from the away end were no more.

Neither side wanted a replay and both managers rolled the changes to go for the win.

Adam Armstrong forced Guaita to make a diving stop from his looping header but it was Guaita was guilty for the deciding goal, caught out by Armstrong who snatched the ball and finished into the open net. It was another slice of luck but you make you own. 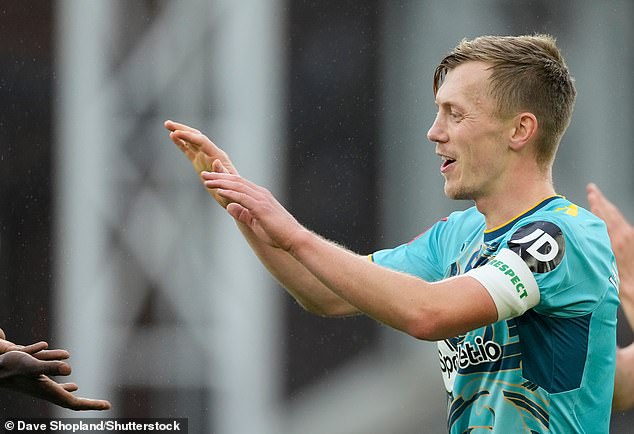 James Ward-Prowse’s goal was a free-kick delivered into the box, but it eluded everyone else

Palace responded and peppered the Southampton goal but they found no way through. Zaha was denied a penalty and then saw his shot deflect wide.

The manager may not have many admirers within the fanbase but there was no doubt in the commitment of his players as the rain poured down at Selhurst Park.

They were booed off at St Mary’s on Wednesday after defeat to Nottingham Forest but the full time whistle was met with cheers from the away end as the Southampton squad went over to show their appreciation.

They haven’t had many happy journeys of late but there is life in Southampton yet. 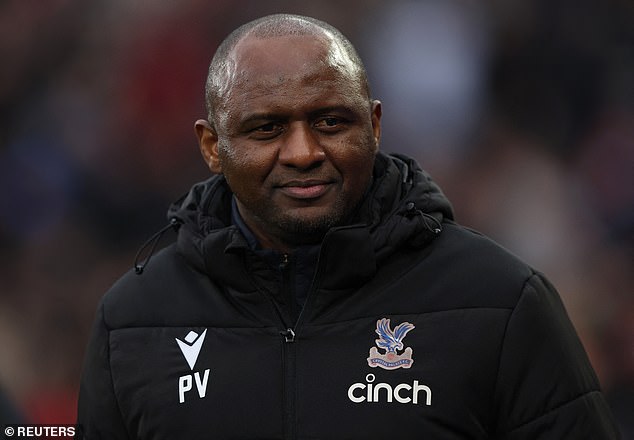 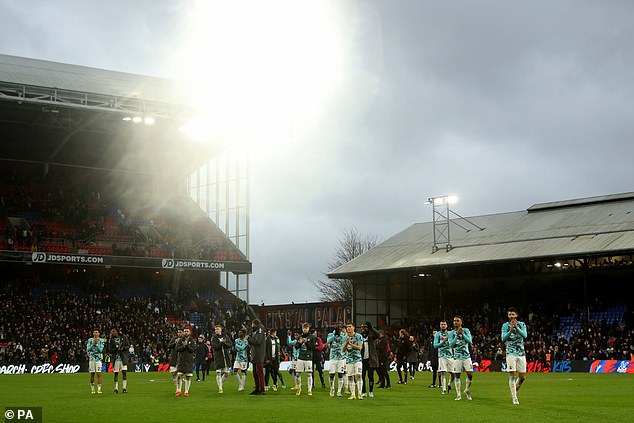 Mesut Ozil left out of Arsenal's squad for trip to Olympiacos