Crystal Palace face a test from former manager Tony Pulis as they begin a tough run of fixtures with a Carabao Cup fourth-round tie away against Middlesbrough.

Roy Hodgson’s men take on Chelsea, Tottenham and Manchester United during a daunting November schedule in the Premier League.

Next up for the Eagles, who held Arsenal to a 2-2 draw on Sunday, is a Halloween trip to the Riverside Stadium to face Pulis’ promotion-chasing Boro, currently third in the Sky Bet Championship. 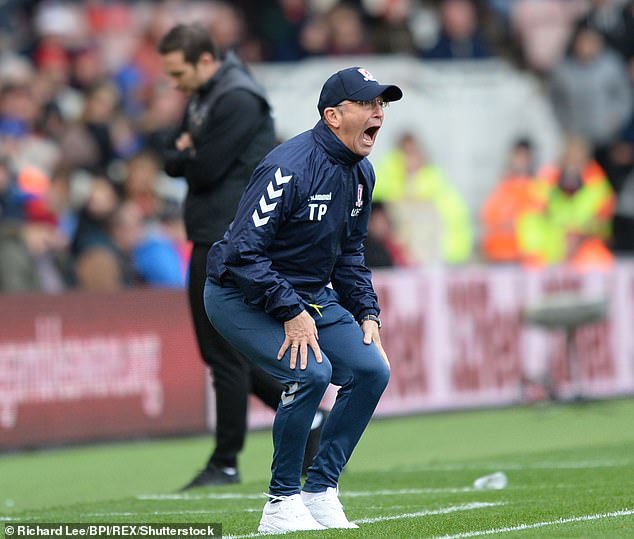 Palace, though, will take confidence with them up to Teesside after battling to draw with in-form Arsenal at Selhurst Park

Luka Milivojevic claimed a point with his second penalty of the afternoon to equalise seven minutes from time, which helped end a run of three successive defeats.

Defender Aaron Wan-Bissaka told Palace TV: ‘I think we needed a point from the game – it boosts our confidence going into the next ones.’

Wan-Bissaka, who was recently capped by England Under 21, earned plenty of plaudits for his performance, but is determined not remain grounded.

He said: ‘I am just trying to take on the challenge and keep doing what I am doing – take every tackle (as it comes).

‘It was my first time playing against Arsenal. It’s always a challenge but a challenge helps me get better and that’s what I want to do.’ 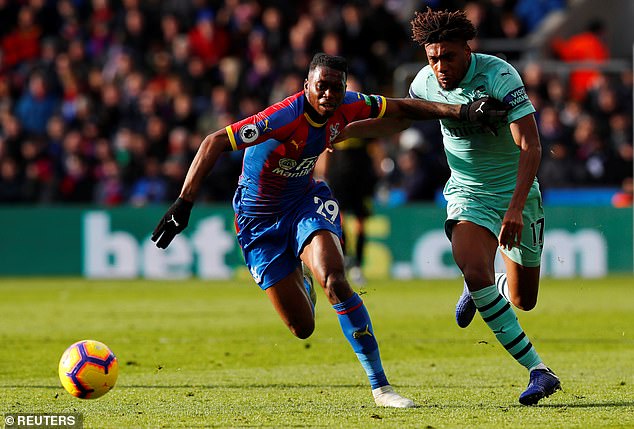 Pulis had nine months in charge at Palace from 2013-14. He took over a side bottom of the Premier League and guided them to 11th, but left before the start of the 2014-15 due to internal issues.

He went on to manage at West Brom before taking over at Boro last December. Pulis has won eight of the 15 games he has managed against Palace during his career.

Palace, who have already beaten Swansea and West Brom in their run to the last 16, remain without Christian Benteke, Joel Ward and Scott Dann for the tie.

Defender Patrick van Aanholt accepts there is little downtime for the squad during such a hectic schedule. 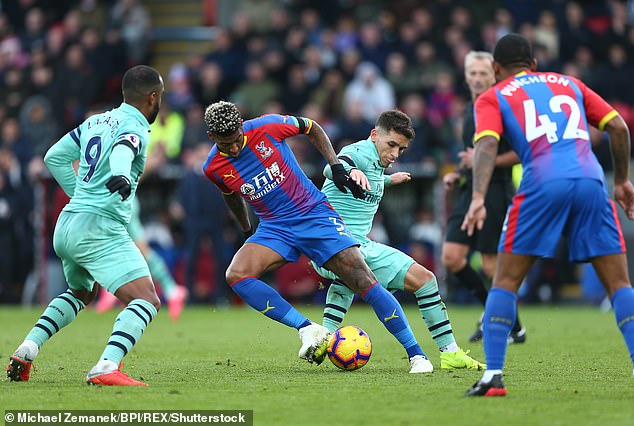 ‘There is recovery on Monday, then another game on Wednesday for the cup, so we go on,’ the Dutchman said to Palace TV.

Forward Jordan Ayew believes momentum will be the key to continuing progress against Boro.

‘We know we have confidence in ourselves. This Premier League is not easy but, we had a good performance (against Arsenal) and we’ll build on that,’ he said on the club’s official website.

‘We will see what will happen next. We have to stay positive because we had a very good performance (on Sunday).’