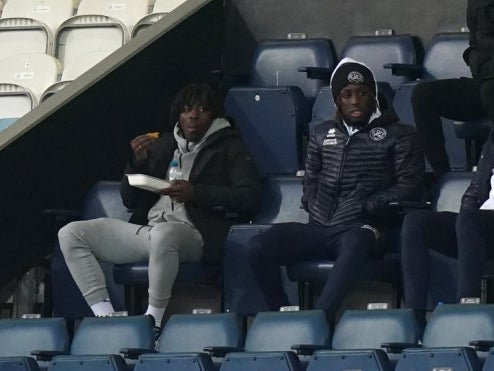 Palace do have a number of other players out of contract this summer, including goalkeeper Vicente Guaita and defender Gary Cahill, but their long-serving manager is not too anxious.

He said: “I know the chairman (Steve Parish) and the sporting director Doug Freedman are aware of the situation and working hard to try and find the right solutions when it comes to the players out of contract.”

Cahill will be back for the trip to Arsenal, but centre-back Mamadou Sakho is set for a spell on the sidelines after he sustained a thigh injury in Friday’s FA Cup loss at Wolves.

The Eagles have not lost to the Gunners in almost three years, but will face a resurgent side, with Mikel Arteta’s men triumphing in their last four matches after previously being on a seven-game winless streak in the Premier League.

Hodgson admitted: “I never really expected them to do anything other than recover from the unfortunate start they had.

“If you look at the squad, the way Mikel has been working with them, the way they play and their principles plus the quality of the club, I never expected anything other than sooner or later for them to come back to the Arsenal we know and expect them to be.”