‘The b*****d doesn’t let you breathe!’: Dani Alves reveals his struggles playing against ‘scoring machine’ Cristiano Ronaldo in El Clasico… as he picks Lionel Messi over Pele as the greatest of all time

Former Barcelona defender Dani Alves has admitted that he found it ‘difficult’ to mark Cristiano Ronaldo when the Portuguese star was playing for Real Madrid.

Ronaldo used to play on the wing and would directly come up against Alves, who was the Barcelona right-back for and incredibly successful eight years. 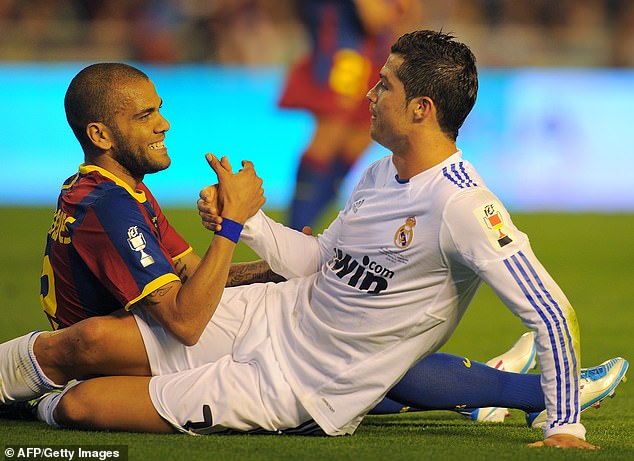 At the time the rivalry with Madrid was very intense, and Alves has described Los Blancos star Ronaldo as one of the hardest opponents he has faced in his career.

In an Marca interview with Hugo Sanchez, Alves said: ‘Cristiano Ronaldo, this b*****d doesn’t let you breathe for a second. I didn’t do too badly, but it’s difficult. He’s a scoring machine.’

Alves is currently playing his football in Liga MX with Pumas, a club that Sanchez had also played for, and he was asked to decide who is the greatest of all time between former Barcelona teammate and PSG star Lionel Messi and the Brazilian multiple world cup winner that is Pele. 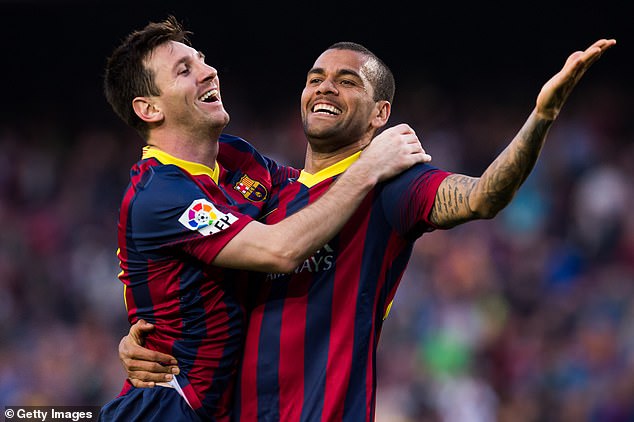 Alves said: ‘I choose Pele for one reason: he changed football. Messi changed a generation. All those people who are more than football, I’m going to choose them. And besides, I’m Brazilian.

‘For me, Pele should not be part of this debate. If you ask me, who is the best player in history? I would say Messi. Pele doesn’t come into it.’

Alves, who is now 39-year-old, is currently on a one-year deal with the Mexican side, but has not committed to extending his stay at the club. 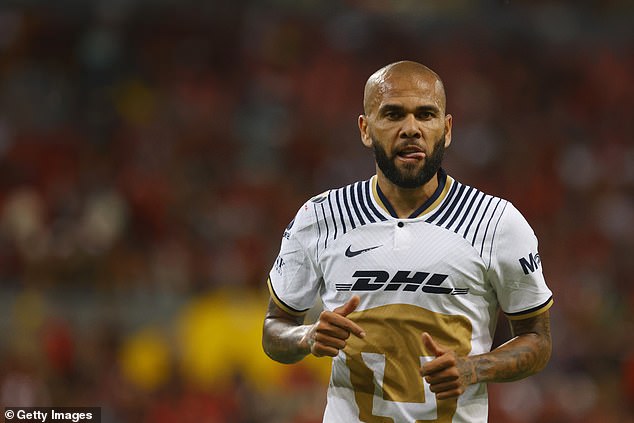 Sanchez asked him if he would stay on at the club, Alves said: ‘Before I ask for anything, I like to deliver. I have a year to prove myself with them.

‘I wouldn’t have a problem [to extend].

‘I need to show them that I can [perform], that together we can build a very cool team in Mexico, that plays in a different way in which the young players can come through.’

Harry Maguire produced a positive first step back from injury