DANIEL MATTHEWS: Arsenal looked short of firepower up-front as they failed to score for the first time this season against Newcastle. Mikel Arteta’s side NEED reinforcements to maintain a serious title challenge

Signs popped up all evening: on the teamsheet, in the dugout and, eventually, on the scoreboard, too.

Cause to sound the alarm? Maybe not. Their 0-0 draw with Newcastle took them eight points clear at the top of the table, after all. 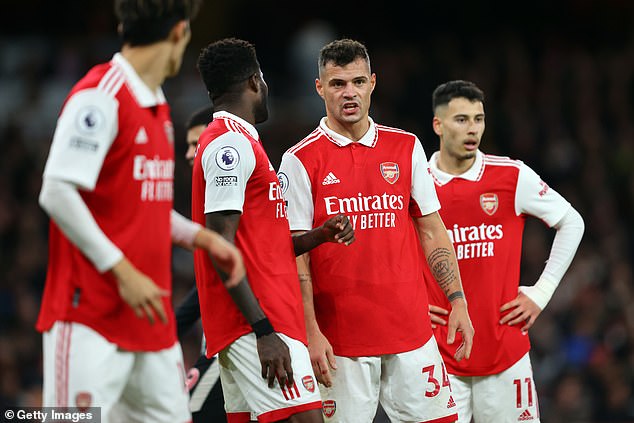 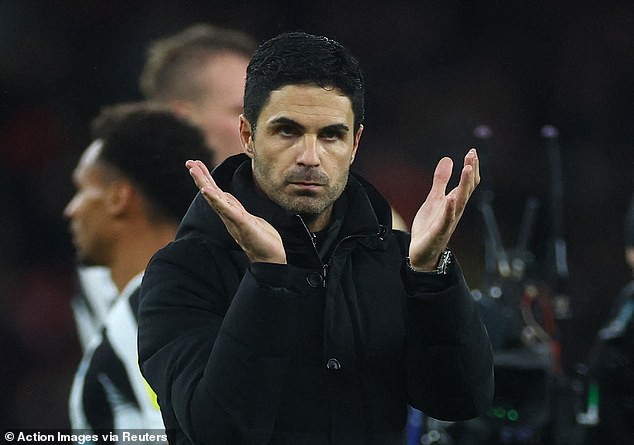 Mikel Arteta’s side remain unbeaten in the Premier League since early September. In this dogged, dramatic tussle, they dominated possession and had a couple of penalty shouts turned down.

Hardly terminal, is it? And yet, nagging questions did inevitable emerge.

Perhaps it is simply a mark of how Arsenal have moved the goalposts this season that a goalless draw against the division’s meanest defence requires any serious introspection.

Or perhaps it is bad timing. Some stumbles always appear worse than others. Particularly at this time of year. 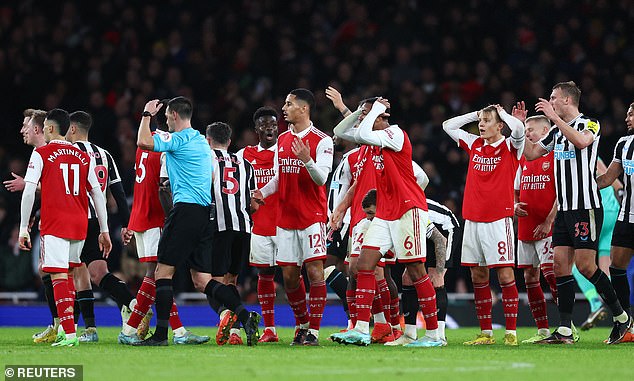 The Gunners remain unbeaten in the Premier League since early September, after the draw

Arsenal’s starting XI on Tuesday night was, Jesus aside, the team that has flown to the top of the table. And against both Brighton and West Ham, Eddie Nketiah has shown himself to be a fine understudy whose all-round game has improved significantly since last season.

The bench, on the other hand, raised eyebrows before kick-off. Arteta’s only attacking options were Fabio Vieira (22), Marquinhos (19), Nathan Butler-Oyedeji (20 today).

Vieira cost £30million in the summer and has shown flashes of quality since arriving from Porto. 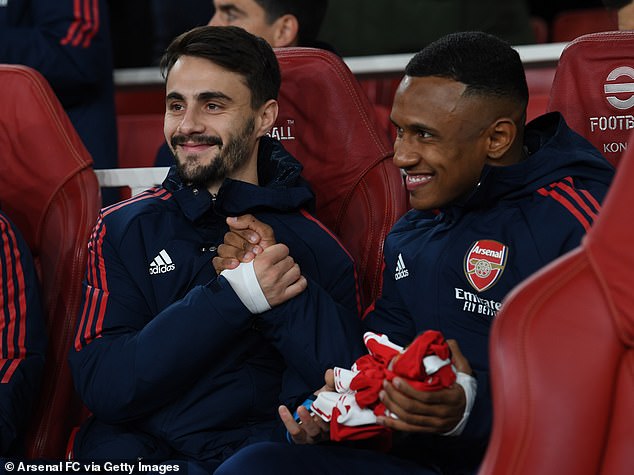 Marquinhos has been blooded into the first team but remains raw, while Butler-Oyedeji is still awaiting his senior bow.

There is some mitigation here: Jesus, now off crutches, is joined on the treatment table by Reiss Nelson and Emile Smith Rowe, who should return soon.

Still, Arteta is right: Arsenal do lack depth. Compared, at least, to Manchester City and others in the chasing pack.

Unfortunately, more night like this await, when teams decide that defending deep and doggedly is all that will stifle the league leaders.

No wonder Arsenal are chasing signings such as Ukraine winger Mykhaylo Mudryk. 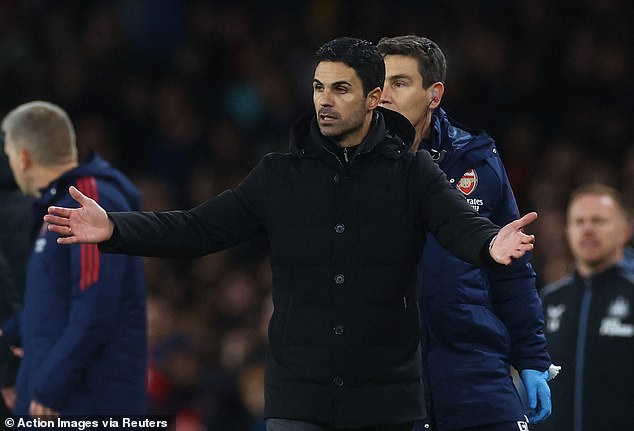 ‘We are really trying to improve the squad in every window. We’re trying to do our best because we cannot waste any windows still with the squad and the numbers that we have,’ Arteta conceded after the game.

And yet he didn’t bring on any of Vieira, Marquinhos or Butler-Oyedeji. The manager made just one change in the second half, taking off Ben White for fellow right back Takehiro Tomiyasu.

No matter that Arsenal were struggling to break down a physical and well-drilled Newcastle side. No matter than Nketiah had to wait until the closing minutes for a first sniff.

‘We were chasing the goal, we were in a good moment and I didn’t want to make any more changes,’ Arteta insisted. 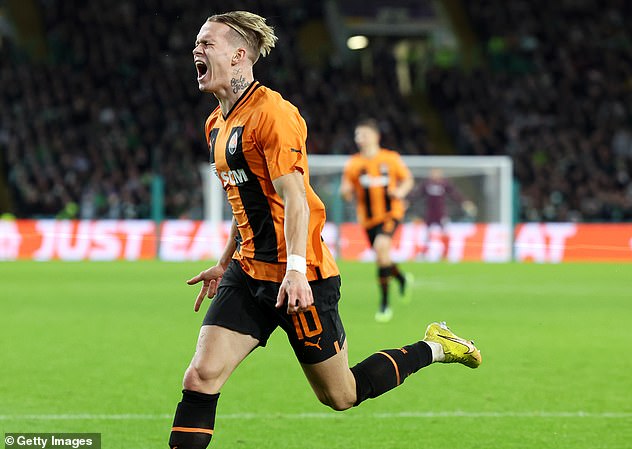 Another telling sign. Another case of bad timing, perhaps.

After all, Arsenal’s attack had come under the spotlight a few hours earlier, when it emerged that Chelsea were eyeing a possible move for Mudryk, too.

The winger hopes to join Arsenal but the lurking presence of another club could force up his price. Just when Arsenal’s need for reinforcements was laid bare.

West Ham vs Brentford prediction: How will Premier League fixture play out today?