Ings is aiming for a strong finish to the season

Danny Ings believes the stunning comeback win over Burnley allows Southampton to draw a line under their wretched start to 2021.

Ralph Hasenhuttl’s side topped the table earlier in the season but plummeted into the bottom half having won just twice in 13 top-flight games since the turn of the year prior to kick-off. Victory over the Clarets moved the south coast club 10 points clear of the drop zone with eight games to go.

Striker Ings, who was involved in each of the hosts’ goals on his return from a month-long injury absence, says the team had been determined to atone for their alarming slide.

“You talk about Premier League survival, it goes to show how difficult it has been for us this year,” he told the club website.

“The form that we had at the start of the season compared to where we were at before the international break; to put that behind us, to start afresh and start with a win is huge and something we can build on.

“I think it’s the work on the training pitch. Us as players know that as a team other results haven’t been good enough, we wanted to put that right. We put the work in over the international break, quite a few lads were away with their countries but now we’re back together, back on the training pitch and working hard.”

Aside from reaching an FA Cup semi-final, it has been a fairly miserable calendar year for Saints.

The slump looked set to continue following goals from Burnley duo Chris Wood and Matej Vydra inside 30 minutes but Ings assisted Stuart Armstrong’s strike before levelling against his former club with a fine individual effort.

Nathan Redmond grabbed the second-half winner from a Theo Walcott cross after Ings, who suffered a leg injury at Sheffield United on March 6, forced a smart stop out of Clarets goalkeeper Nick Pope. 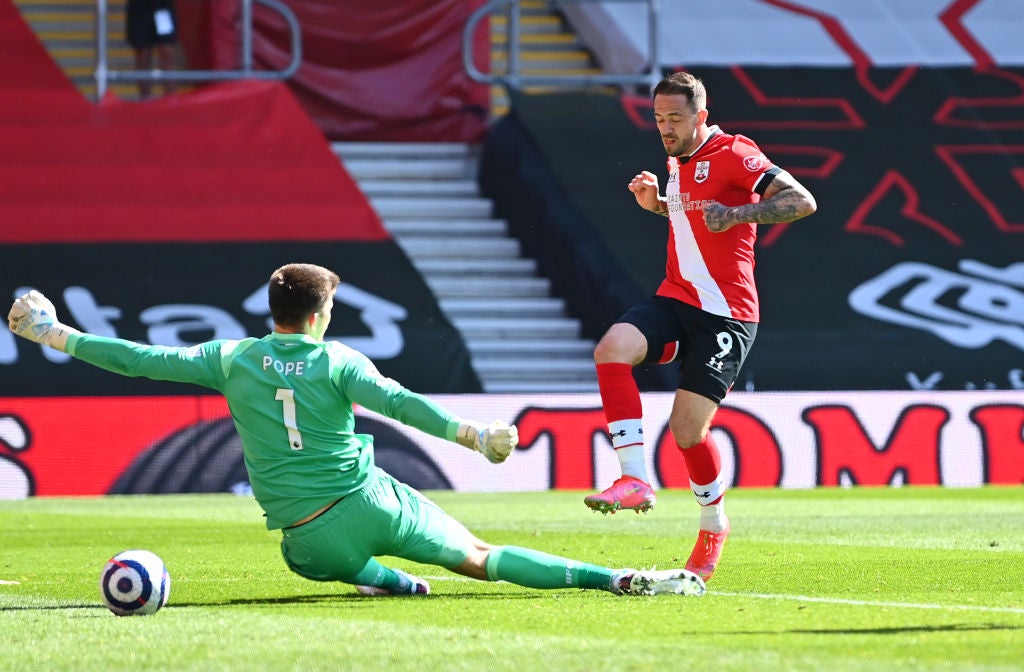 England international Ings has now struck nine times in the top flight this campaign and admits fitness issues have made it tough to replicate the red-hot form which brought 22 goals last term.

“It’s been quite an interrupted season for me personally. It’s been quite difficult to get going but now that I’m back fit I want to keep scoring and helping the team as much as I can,” said the 28-year-old.

READ MORE: Why Man City have made Erling Haaland their top target

“I’m extremely happy. I’ve worked hard whilst I’ve been out to make sure I’m in the best shape possible to come back and I thought that it showed in the game. Team goals come before personal goals in my opinion but more results like today would be fantastic.”

“We can’t be naive enough in this league to think the game is over when you’re 2-0 up,” he told Burnley’s website.

“Even though we started the game so well with a penalty and a great goal, we can’t just expect to win the game from there. It’s not something we’ve done very often. It’s very unlike us. I think our record of going ahead and winning, or at least getting a draw out of the game, is one of the best in the league.

“So for us to go 2-0 up and be very comfortable – and almost be in cruise control – it was then just mental sloppiness from everyone really.”