This wasn’t the free-flowing England we enjoy, Gareth… it’s not the time to lose your nerve

One blip doesn’t detract from the outstanding job Gareth Southgate has done over the last three years. Nonetheless it was disappointing in Prague to see England slip back to being the overly-cautious team they were before he took over. Let’s hope it’s a one-off.

Southgate’s England are rightly known for being free-flowing, giving young players a chance and going out to win games. We didn’t see that against the Czechs. They were rigid and, unusually, the tactics and selection were wrong.

While I think 4-2-3-1 is a very good system, there was no need for both Jordan Henderson and Declan Rice to sit alongside each other in the first half as out-and-out holders. 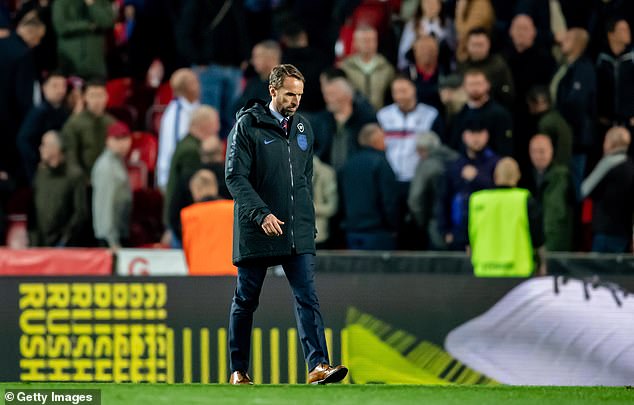 Gareth Southgate’s England were rigid and, unusually, the tactics and selection were wrong

It meant while Mason Mount was given the freedom to roam, the static positioning of the other two midfielders meant it was too predictable for England to build up any attacking rhythm and that made it difficult for Mount to find space.

If there is a lack of movement, it becomes easier for opponents to play against. You need rotation in the middle of the park.

Gareth did change it in the second half, but England had lost the momentum by then. I didn’t see why Jordan couldn’t have been let off the leash from the opening minutes to utilise his energy.

It suggested too much respect was given to the Czechs, who are decent but not world-beaters. That’s a conservative mindset you don’t normally associate with Gareth’s England, particularly as they are going to qualify for Euro 2020 so weren’t under serious pressure.

Even if they don’t win in Bulgaria on Monday, their next game is at home to Montenegro and they only need three points to make it. 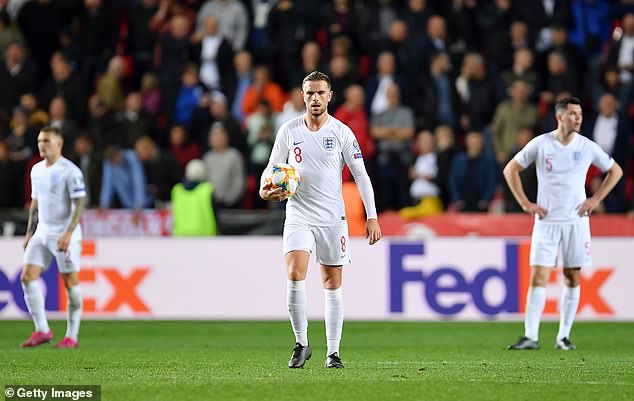 Gareth is honest enough to scrutinise his selection. He raised the point of picking players who are struggling with their club form and I certainly think it applies to centre-halves, a very important position in international football because it requires concentration, reading of the game and ability on the ball.

Michael Keane is in the bottom three of the Premier League with Everton, who have been conceding lots of goals at set-pieces. Putting him alongside Harry Maguire, who isn’t having the best time himself at Manchester United, was unfortunate timing and it didn’t work.

I’m not seeking to blame Keane for the defeat, that would be unfair, but he did lose his man twice at corners, including for the first goal, and maybe he should have run over to cover in the build-up to the winner.

More significantly for cohesion in England’s game, his distribution was nervous and poor. If a centre-half hasn’t got the belief to try the right kind of incisive passes up to a No10, it doesn’t help Mount or the creative players.

I think Gareth will have a lot of thinking to do before the match in Sofia. Even without John Stones he does have options at the back alongside Maguire.

Ordinarily Liverpool’s Joe Gomez would be the man, but by his own admission he has been short of club football. Tyrone Mings and Fikayo Tomori are both doing well with Villa and Chelsea respectively. 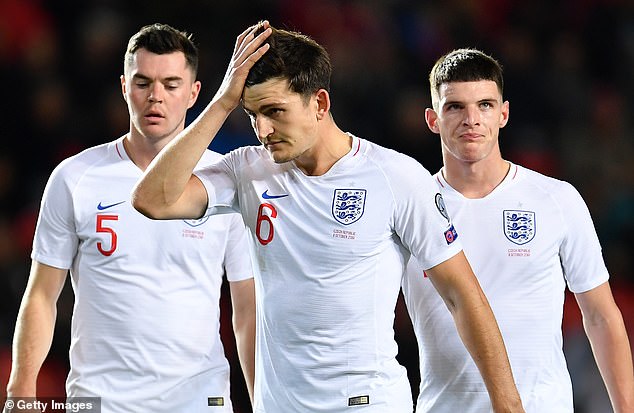 I’d say both are better footballers than Keane — Tomori could play holding midfield any day of the week and Mings seems to get his head on everything at set-pieces.

He’s been the best English centre-half in the Premier League this season. Kyle Walker’s exclusion from this squad was a strange one given Trent Alexander-Arnold was rested or left out, however you want to call it.

Ask any left winger who they would want to avoid marking and they’d say Kyle Walker. You can’t out-run him.

I know the emergence of Aaron Wan-Bissaka has allowed Southgate to sideline Walker, possibly to give him rest periods, but with the United man injured and Alexander-Arnold not picked, why would he select Kieran Trippier ahead of Walker, who is the quickest right-back in the world?

Tripper is a very good player but if you’re telling me he’s better than Walker, I’m watching different football to you.

England could have done with his pace and power as an attacking outlet in Prague. I assume Trent will be back to face Bulgaria. England need a pick-me-up. 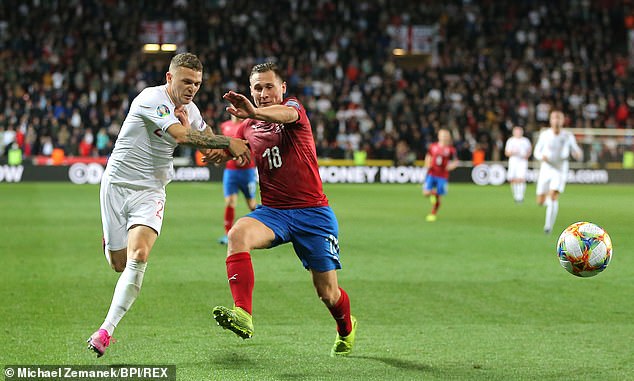 On a positive, note England’s attack again showed they can hurt any team in the world. Harry Kane and Raheem Sterling were really good against the Czechs, individually and as a partnership.

Raheem plays more centrally than he does at City and I love the way he takes on responsibility.

Kane had a couple of chances he perhaps should have taken but his general play was excellent.

The third member of the front trio was Jadon Sancho but I still think Marcus Rashford is ahead of him. Rashford has more tools to his game, more power, more experience, he can play a variety of positions.

Defenders hate playing against Rashford because of his extra power.

Sancho is young, he could go on and become anything. But Rashford is hardly a has-been at 21! I’d have him in that front three with Sterling and Kane.