David McGoldrick was slammed on social media after the Sheffield United striker put a header wide from just a few yards out in the Blades’ FA Cup quarter-final loss at Chelsea.

The Blades crashed out of the cup via a 2-0 loss to Thomas Tuchel’s Blues thanks to Oliver Norwood’s first-half own goal and Hakim Ziyech’s strike just seconds from the end.

But with the score at 1-0 to Chelsea midway through the second-half, McGoldrick inexplicably put a header wide when found unmarked in the area by John Lundstram’s cross. 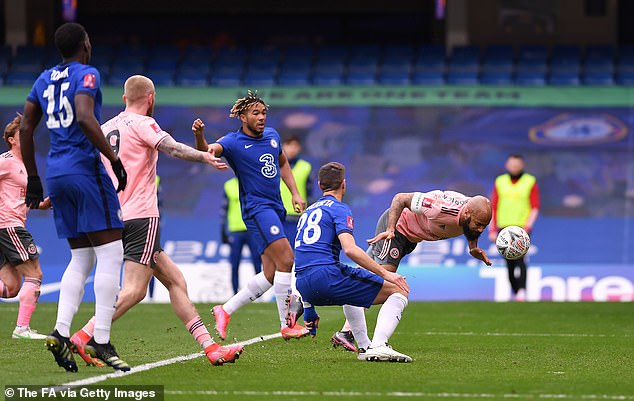 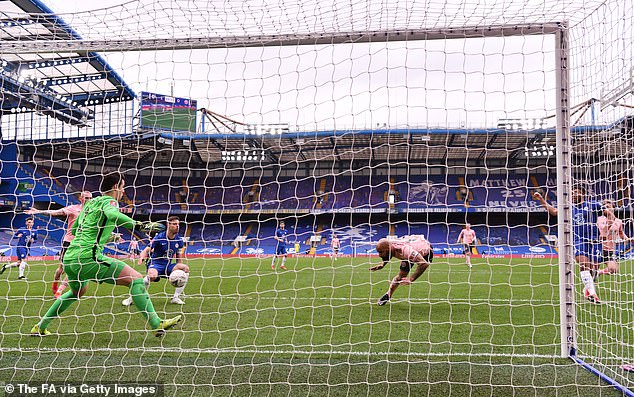 The 33-year-old striker was mocked on social media for missing a big chance in a game where the Blades were desperate salvage something from a disappointing season that will likely end in relegation from the Premier League.

One fan tweeted: ‘That Mcgoldrick miss is Sheff Utd in a nutshell this season #CHESHU’

Another fan described the poorly aimed header as the ‘miss of the year’.

One Chelsea fan had a more positive outlook on the miss, claiming that Tuchel’s side are destined to lift the FA Cup this season as luck is on their side.

He tweeted: ‘Cup games all about that bit of luck and having your name is on the cup. That McGoldrick miss was it today’

Another supporter compared McGoldrick’s miss to Harry Maguire’s miss at home against AC Milan in the Europa League earlier this month.

The Manchester United captain somehow hit the post from a yard out from goal when challenging a ball from a first-half corner. 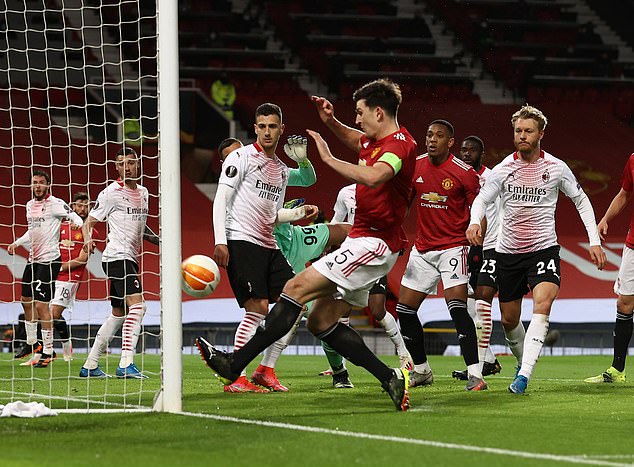 The supporter posted: ‘How did McGoldrick miss that?! Not sure which was worse – that or Maguire’s in the first leg against AC Milan?’

Blades goalkeeper Aaron Ramsdale admitted that McGoldrick apologised to his team-mates for the disappointing miss in the second-half.

Ramsdale told the Sheffield United website: ‘It could have been one of them things where if we had taken chances today, those big moments…

‘Everyone knows goals decide games. Didzy (McGoldrick) has just put his hand up in there (the dressing room) and said he should have scored. If that goes in then we’re on the front foot. 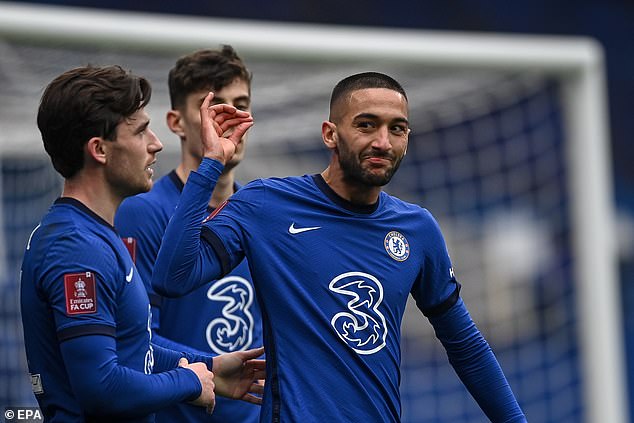 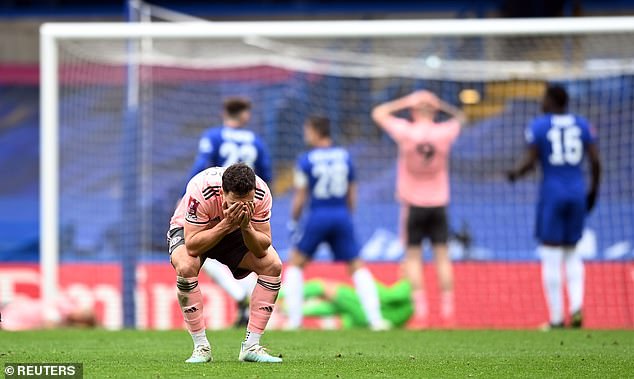 McGoldrick is Sheffield United’s top goalscorer this season with seven goals in all competitions, including six in the Premier League – his best top-flight goal tally since the Blades were promoted in 2019.

But Sheffield United are set to play next season in the second tier as they sit 14 points clear from safety with nine games remaining.

The Blades sacked popular head coach Chris Wilder earlier this month, while Paul Heckingbottom currently acting as interim manager until the end of the season.

Lampard challenges Loftus-Cheek to maintain form on loan at Fulham