David Moyes has played down fears over Jesse Lingard’s fitness after the West Ham star picked up a knock during Saturday’s defeat at Newcastle.

Lingard, 28, has been in sensational form for the Hammers since arriving from Manchester United on loan in January, and added to his tally at St James’ Park with a penalty to make it nine goals for Moyes’ side this season.

However, the Englishman was seen hobbling off in the latter stages of the game in Tyneside to the concern of West Ham fans amid an injury pile-up at the east London club. 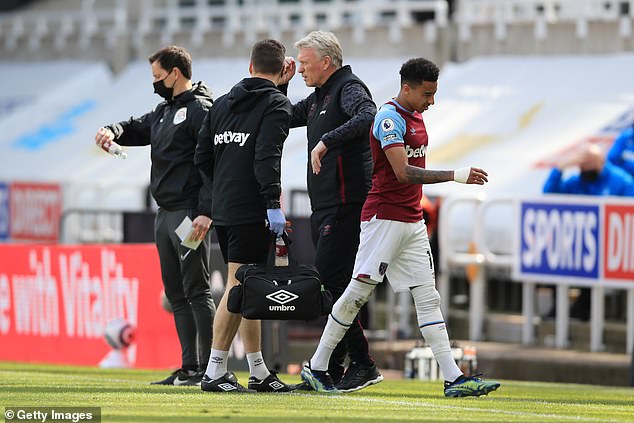 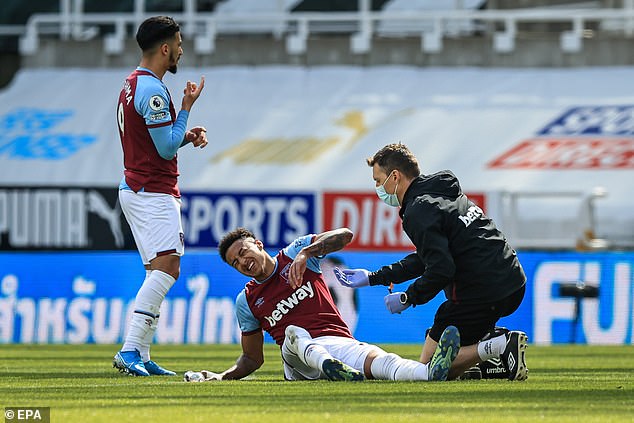 The Hammers have lost Declan Rice and Michail Antonio to knee and hamstring injuries respectively, while Angelo Ogbonna and Andriy Yarmolenko have also been sidelined with knocks.

Therefore an injury to Lingard would deal a further heavy blow to Moyes’ hopes of clinching a remarkable top four finish ahead of Chelsea, Liverpool and Spurs.

The Scot has insisted, though, that the problem suffered by Lingard was ‘nothing serious’ following their setback against Steve Bruce’s strugglers.

‘I think it was just cramp, I don’t think it was anything serious,’ Moyes told reporters after the game.  ‘I think the one thing about Jesse, Jesse is a really fit boy. 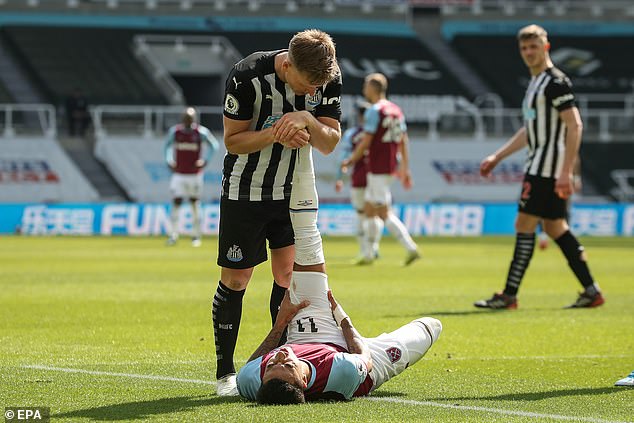 However, Moyes insists that ‘it was just cramp’ in a bid to play down concerns over Lingard 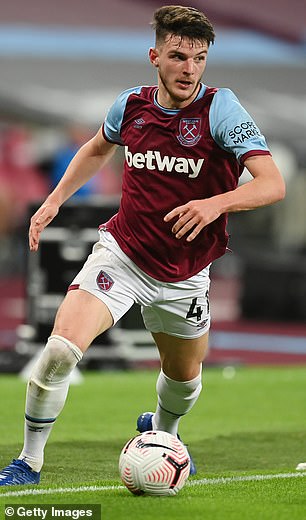 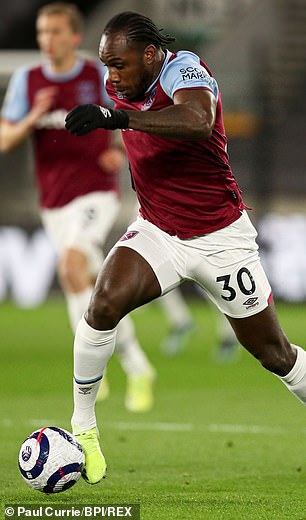 ‘He wants to play. I think I push all my players hard, Jesse is no different. He won’t get any favoured treatment – certainly not for a Scotsman going into the Euros! We’re really pleased with him.’

Moyes will be without defender Craig Dawson for the visit of top four rivals Chelsea next week, after the 30-year-old was sent off in the first half of Saturday’s game.

The Englishman has been imperious for the Hammers since being given a chance by Moyes in the back four, winning 10 and drawing three of the 17 top flight games he has played for West Ham.

Dawson’s loan move from Championship side Watford will be made permanent this summer, with the defender’s 15th Premier League appearance for the club triggering a £2m obligation to purchase him in the next transfer window.