Luton vs QPR, Bournemouth vs Millwall and Brentford vs Bristol City on all the fixture list on Tuesday and Wednesday; Sky Sports expert David Prutton runs the rule over the three games and offers his predictions

Who is David Prutton tipping for victory in the Sky Bet Championship this weekend? Find out here…

It feels like a long time since we have seen these two sides in Championship action! In reality, it’s only been a couple of weeks, but with how hectic this season has been, that will feel like a lengthy gap for them both.

Luton got a good FA Cup win at the weekend to keep them ticking over, while QPR will be boosted by the return of Charlie Austin to the club. It remains to be seen what kind of impact he can have, but it’s hard to back him getting a few goals. I can’t split the two, so I’ll go for a draw. 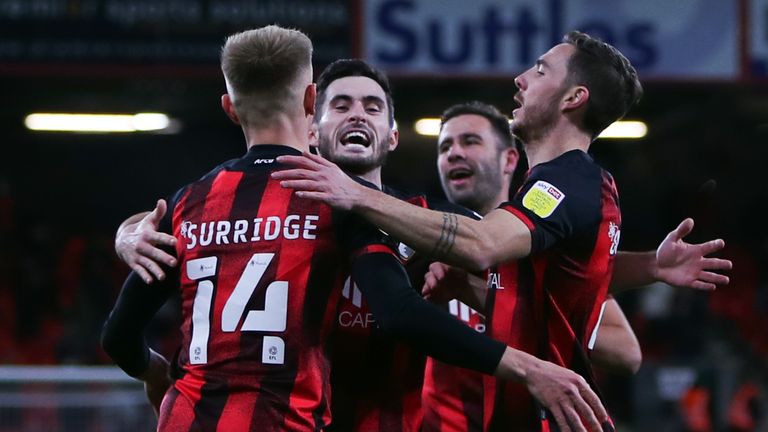 You know Bournemouth will be right up there until the end of the season, but these are the types of games they have to win if they are to finish above the line in the top two, rather than just below.

Millwall have just one win in 13 in the Championship, and they’ve slipped towards the wrong end of the table. They do have games in hand, but this is one of them and I can’t see them getting anything from their trip to the south coast.

Brentford boss Thomas Frank will be missing from the sidelines for this one, but that didn’t prevent their much-changed side from seeing off Middlesbrough at the weekend in the FA Cup. They are such a well-oiled machine, and that result would have provided a nice buffer after the disappointment of being edged out by Tottenham in their Carabao Cup semi-final.

Bristol City have fallen away in recent weeks. They have just one win from five now, losing the other four. All of those defeats have come in a run of eminently-winnable games, too, which will frustrate Dean Holden. Brentford should have too much for them.