The reigning Premier League champions are looking for a second successive Champions League win after beating Hoffenheim 2-1 last time, having bounced back from defeat against Lyon in the opening round of fixtures.

They are also on a five-match winning run following their comprehensive 5-0 victory over Burnley in the Premier League on Saturday. 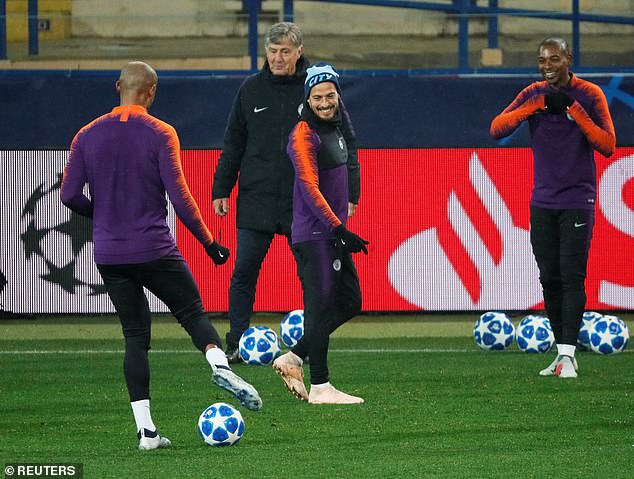 David Silva, wearing a hat against the cold, watches on as Fernandinho passes the ball 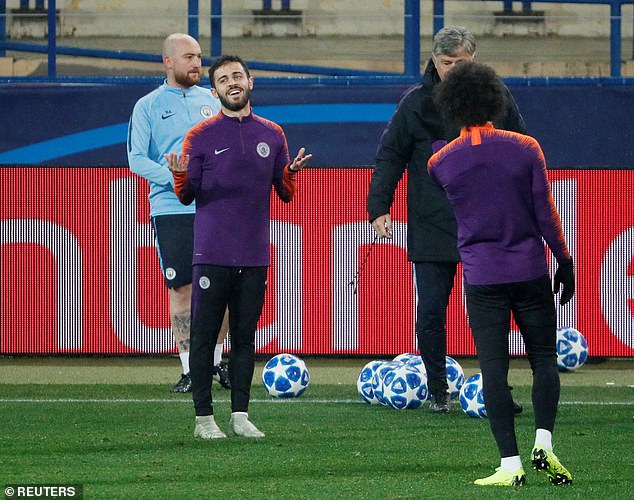 Yet Pep Guardiola’s side will have to overcome more challenging conditions than they are used to in the Premier League, with his players wrapped up against the rain and chill while training.

Temperatures in the northeastern city of Kharkiv – Ukraine’s second largest – are currently around 8° – while it is closer to 15° in the UK.

Spanish playmaker David Silva donned a City-branded hat to protect against the cold as the players went through some technical exercises at Metalist Stadium. 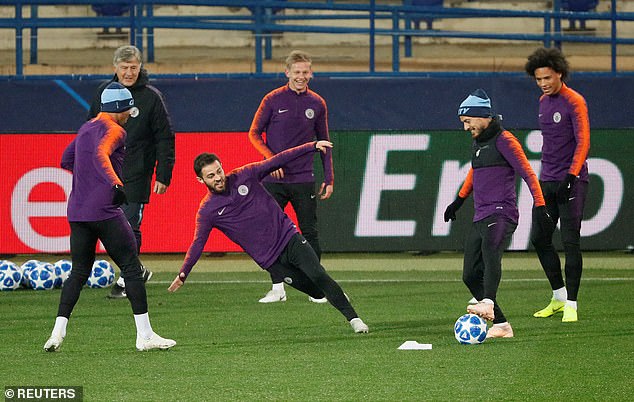 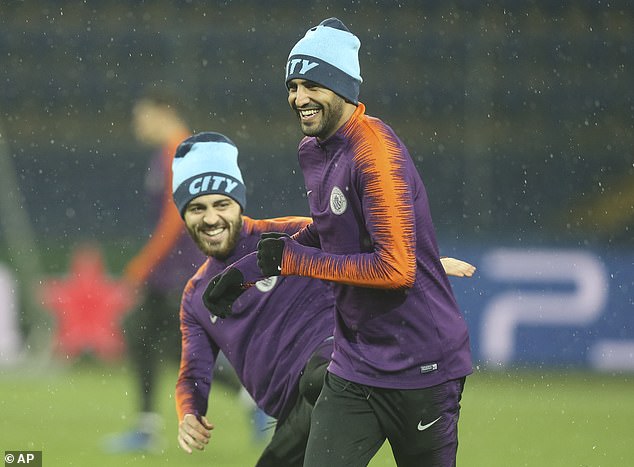 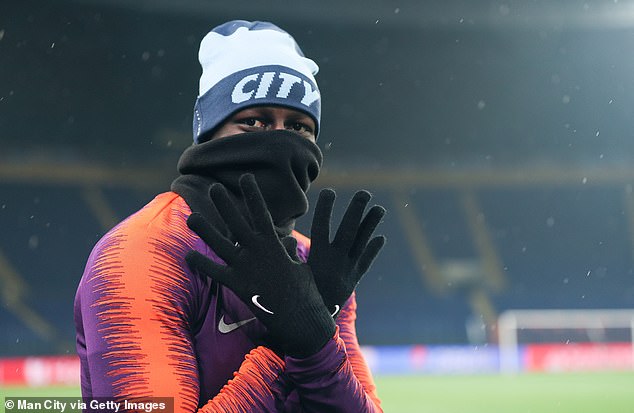 Kevin De Druyne, who made his first appearance since the first game of the season as a substitute against Burnley, also took a full part in the session and will be vying for a start.

Bernardo Silva, a goalscorer in that win, also looked to be enjoying himself in the ball-retention exercise.

And the Portuguese told the Daily Star: ‘Usually after an international break, most teams lose a little bit of the way they play but we were really focused and hungry for more titles and more wins.

‘The team has had a fantastic start and are top of the league and in the Champions League we want to beat Shakhtar and go top of the group.

‘And we are through in the Carabao Cup, so it’s been a great start. We need to keep it this way.’ 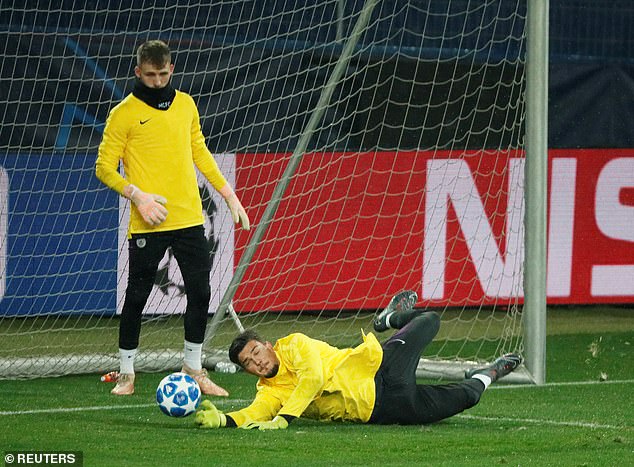 In Claudio bravo’s absence, teenager Ari Muric continues to serve as back up to Ederson 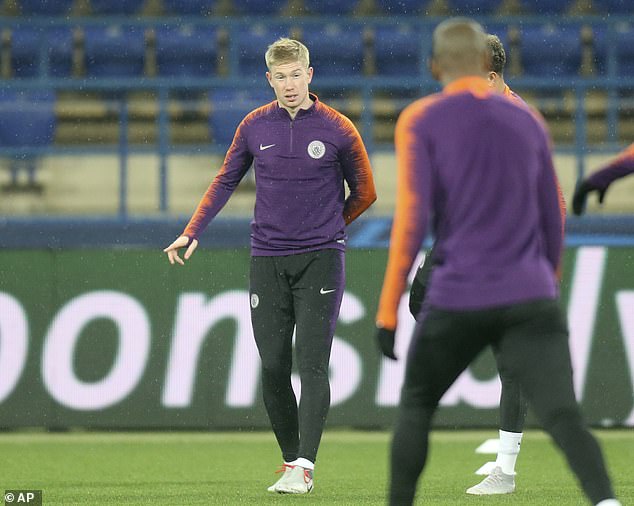