Uncanny! Man United goalkeeper David de Gea left shocked by how much Ross County boss Stuart Kettlewell looks like him as he posts snap of his very own doppelganger

David de Gea was seemingly stunned at his uncanny resemblance to Ross County manager Stuart Kettlewell after a hilarious post on Twitter on Monday night.

The Manchester United goalkeeper tweeted a photo of Kettlewell speaking on Sky Sports before his side’s game against Motherwell in the Scottish Premiership, accompanied with a ‘stunned face’ emoji.

With more than 8,000 retweets, it certainly garnered a reaction online – and even de Gea’s team-mate Marcus Rashford responded with a couple of laughing emojis. 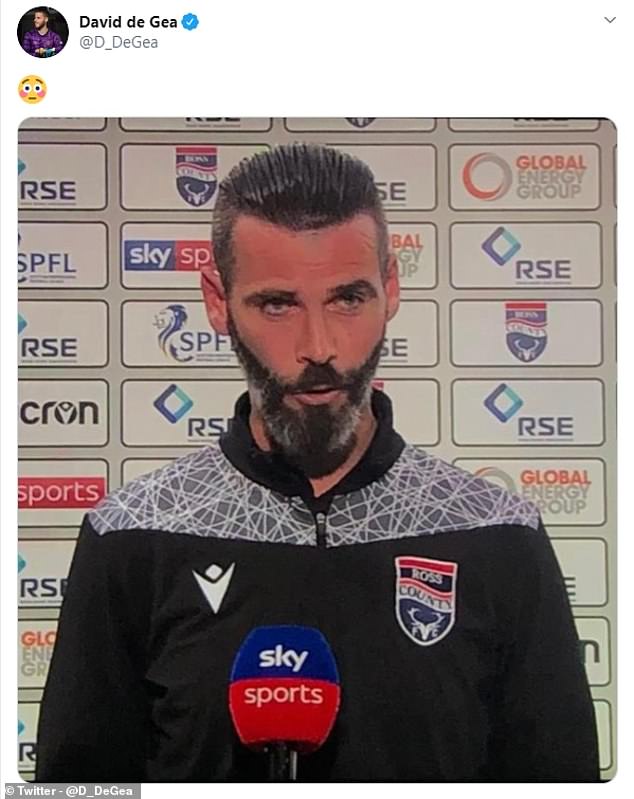 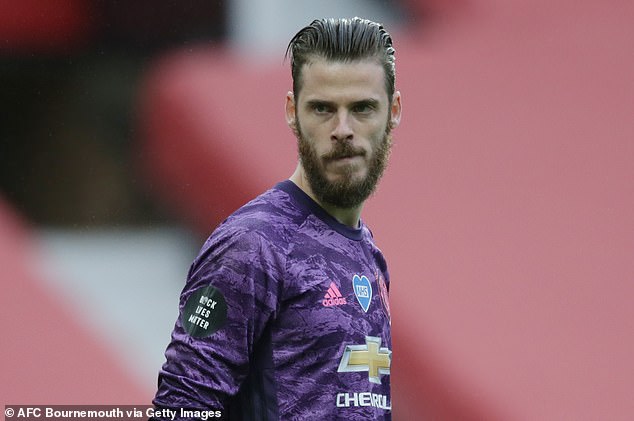 People online reacted with laughter to the resemblance, including Marcus Rashford

The County boss sports a uncannily similar hairstyle and beard combination to de Gea, and admitted after the game on Monday that he might have found his lookalike.

‘So I’m led to believe I think maybe it’s my doppelganger of whatever they say!’ he said after a 1-0 victory for his side on their return to top-flight action.

‘Fortunately enough I’m not a social media guy so that one’s a wee bit wasted on me!’

Fans online couldn’t help but laugh at the resemblance too, with @Prime_Utd joking: ‘Never knew you were Man United #1 and manager of Ross County, Dave?’ 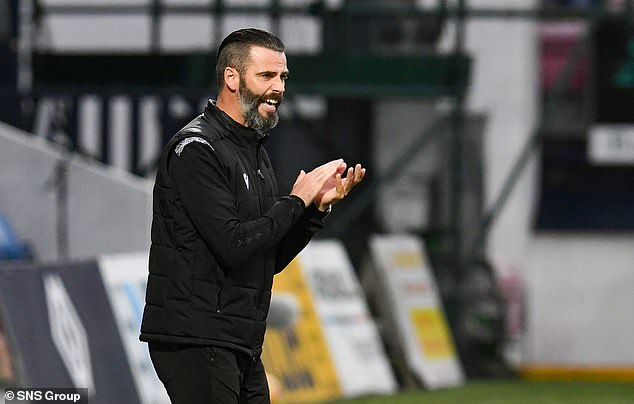 De Gea, meanwhile, is still in training as United prepare for their Europa League last-16 second-leg clash against LASK on Wednesday night.

The Red Devils have a five-goal lead going into the game at Old Trafford, with one foot firmly in the quarter-final stages next week.

Last week, United qualified for the Champions League next season, with de Gea keeping a clean sheet in a 2-0 victory on the final day of the Premier League season against Leicester City.