A group of former footballers and politicians are calling for another review into the link between heading the ball and dementia.

A letter, which has been sent to the Secretary of State for Digital, Culture, Media and Sport (DCMS) Oliver Dowden, has been backed by a number of ex-professional players.

Research conducted last year, commissioned by the FA and PFA, found that ex-footballers are three-and-a-half times more likely to die of degenerative brain injuries than the general population.

As part of a new campaign launched on Wednesday, a letter to government reads: “Following the study’s publication, the FA in parallel with UEFA’s medical committee published new guidelines that apply to all young players. “Measures included a complete prohibition of header training for children below the age of 12 and a graduated process to headers thereafter.

“We welcome these measures but believe they do not go far enough.”

Among the changes the group would like to see are increased funding from the FA and PFA for more independent research, for dementia to be formally recognised as an industrial disease, and clubs to limit heading at all levels including in the professional game.

An almost identical letter, signed by a cross-party group of MPs and peers, has been sent to DCMS chair Julian Knight. 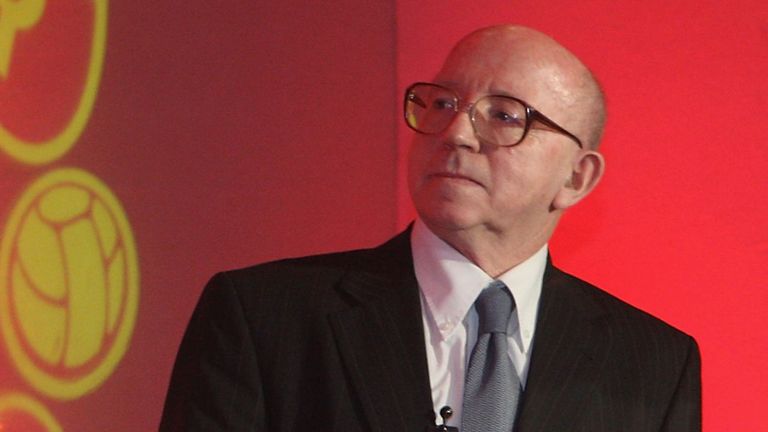 Dementia in former footballers is becoming of increasing concern, with five of England’s 1966 World Cup-winning side having, or have had, the disease. Both Nobby Stiles and Jack Charlton died earlier this year.

Stiles family was since told that repeated heading of the ball caused his brain damage, while Jack’s brother, the Manchester United great Sir Bobby Charlton, was diagnosed with dementia just last month.

Stiles’ brain was donated to Dr Willie Stewart’s FIELD study, looking at the possible link between dementia and a career in professional football – but it is not just football that is affected.

A group of rugby union players are taking legal action against World Rugby, the Rugby Football Union and the Welsh Rugby Union over an alleged failure to protect them from the risks caused by repeated concussions.

Among the claimants is former World Cup winner, Steve Thompson, who says he has been diagnosed with early onset dementia at age 42. Reflecting on England’s win in 2003, he told Sky Sports News: “I was watching a game where England are playing and I can see that I’m there, but I can’t remember any of it. I can’t remember being there whatsoever or being in Australia”.

World Rugby, the RFU and the WRU have confirmed they have received a letter of claim from a group of former players and are now considering its contents.

Diego Maradona dies at the age of 60: How social media reacted