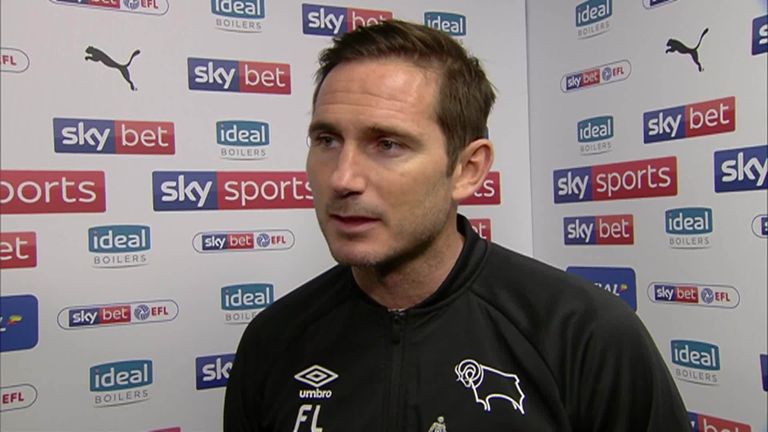 Derby County manager Frank Lampard has warned his players not to get carried away after beating West Brom 4-1 at The Hawthorns – the most impressive league result of his managerial career.

The Rams shocked Manchester United in the Carabao Cup last month, but this was the most complete performance since Lampard’s arrival as Derby moved to within two points of the Sky Bet Championship summit.

Jack Marriott, Tom Lawrence, Harry Wilson and Scott Malone were all on target as Derby backed up the victory over Sheffield United with another three points on Wednesday night.

But while Lampard admits he will enjoy this success, he is focused on continuing the good form against Middlesbrough at the Riverside on Saturday, live on Sky Sports Football.

“Tonight was one of those nice nights when everything was relatively comfortable for us,” he said. “We’ve got two big games coming up. This week on paper has been hugely tough for us but we can’t relax.

“We must have an extremely strong mind-set, game after game. We look forward to them, but we must be ready.

“Personally, there are aspects of our game that I’d like to be better. I think we realised early in the game that there were times that the ball turned over and we could break very quickly. “There were times when we didn’t break as clinically as we could’ve done. I’m not a fool and of course we’re going to be happy with a 4-1 win away to West Brom, but there are certainly things to improve.

“We’ve got a big game coming up at the weekend, but certainly we can enjoy this result.”

Lampard admitted that the early breakthrough, courtesy of a mistake from Jay Rodriguez presenting the ball to Marriott, helped “change the atmosphere inside the stadium”.

Derby missed chances to kill the game in the first-half, but after another brilliant strike from Wilson, Malone capped an impressive individual display by scoring his first league goal since April 2017. 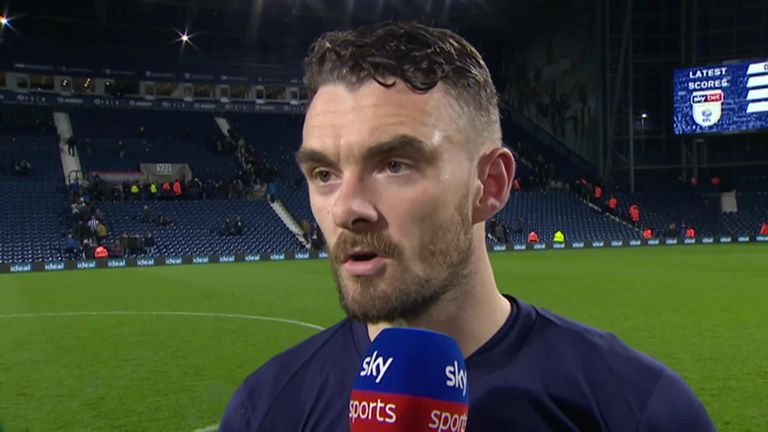 Lampard is encouraged by the competition for places, after Malone replaced Craig Forsyth in his starting line-up, but he believes there are areas in need of improvement.

“We’re working hard and it’s still a process,” he added. “We mustn’t get excited as we’ve had moments where we’ve thought can we carry on playing well, and we’ve dropped off and lost games.

“The most pleasing thing about today is that we’ve come here and won emphatically. It’s a long, difficult season. There will be bumps in the road, and we need to be ready for those.”