The Dons reached the final with a hard-fought 1-0 victory over Rangers at Hampden Park on Sunday.

Aberdeen 1-0 Rangers
As it happened

McInnes saw his side lose both domestic finals to Celtic in 2016/17, but believes they are now capable of stopping the Hoops in the December 2 showpiece.

“We were up against the best Celtic team of a generation that year, they were outstanding. I do feel losing the two finals that year was tough on us.

“Do I think we can beat Celtic over a cup tie? Absolutely, but for us to win the League Cup we’re going to have beaten Hibs, Rangers and Celtic in Edinburgh and Glasgow. It’s not going to be easy but we’re 90 minutes away from doing it.” 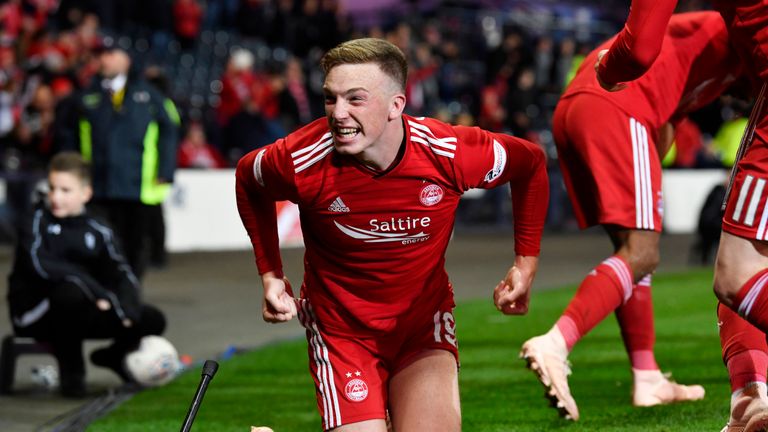 McInnes admitted Aberdeen were fortunate to win when not at their best.

He said: “It was always going to be a tough task for us. I thought we would have had to play better than we did, truth be told, to win the game but I knew we had to defend well and show enough resilience as we have shown in the cup and thankfully that part of the game has got us into the final.”

Aberdeen have faced criticism for their league form this year but McInnes insists their recent drop in form is only a blip.

“We’re judged and criticised at times for not beating the Old Firm,” he said.

“There was a time not so long ago where Aberdeen couldn’t even beat Inverness and Ross County, with the greatest respect. At least we’re putting ourselves in a position to be criticised.”