Dietmar Hamann has slammed Erling Haaland’s father and agent for trying to orchestrate a move mid-season after Borussia Dortmund were beaten again on Saturday.

The German giants were beaten 2-1 at home by top-four Eintracht Frankfurt on Saturday which leaves them seven points behind the Champions League places with seven games to go.

The defeat comes after the father of Dortmund star striker Haaland, Alf Inge, and agent Mino Raiola were spotted in Spain this week negotiating deals with Barcelona and Real Madrid, with reports stating the pair also discussed potential deals with Premier League teams. 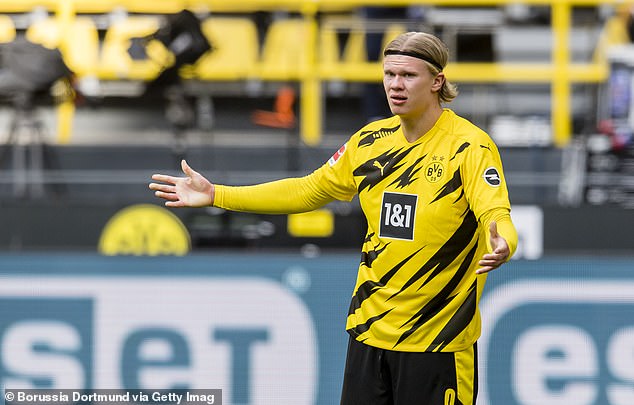 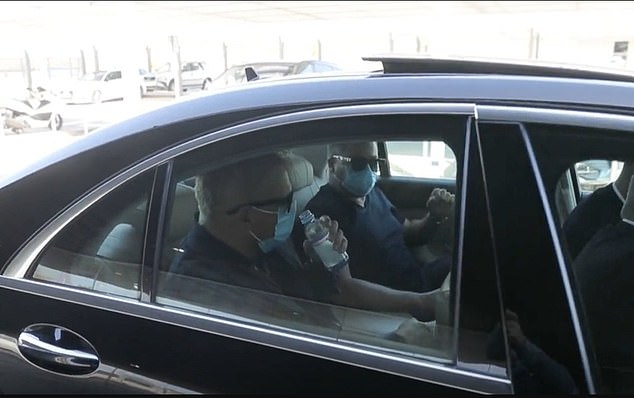 Liverpool icon Hamman told Sky Germany: ‘It’s the most important game of the season and you are not able to address this behaviour because you are afraid to upset the player.

‘Dortmund should think about why the players are always walking all over them. They lack leadership there.

‘The behaviour of Haaland’s father and Raiola is unspeakable, disrespectful, a cheek. If he wants to go, let him go. 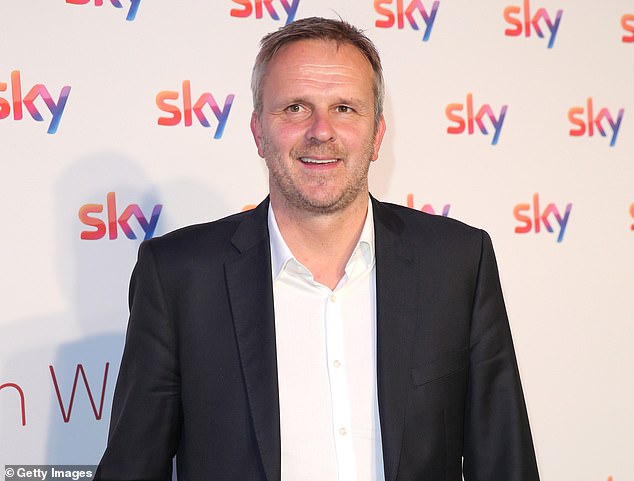 Hamann (above) claims Dortmund lack leadership over the Haaland situation and slammed ‘unspeakable, disrespectful cheek’ of the forward’s father and agent

‘Dortmund paid a lot of money for an 18-year-old, he should be happy that he can play there.’

Haaland is one of the most highly-rated forwards in the world after scoring 33 goals in 32 matches in all competitions so far this season.

The 20-year-old’s Dortmund tally now stands at 49 goals in 50 games since his £17million move from Red Bull Salzburg in January 2020.

Sportsmail exclusively revealed last month that Manchester City are leading the race for Haaland’s signature, with Real Madrid and Chelsea also at the negotiating table. 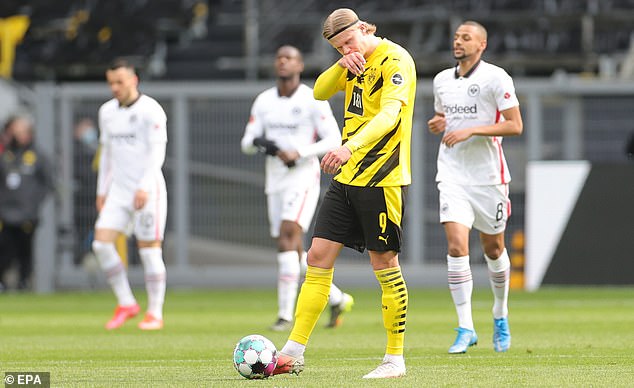 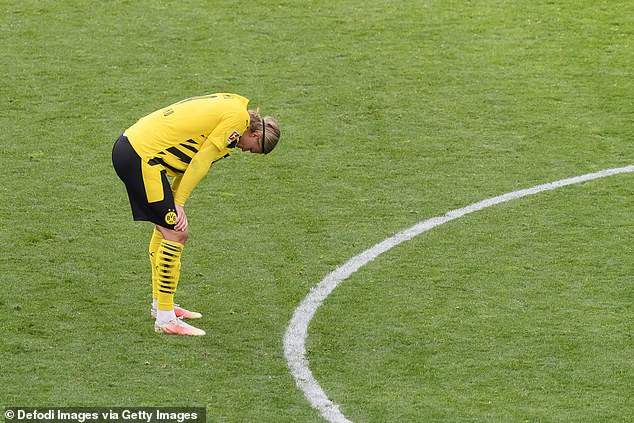 Though it appears Barcelona are also in the discussion after both Alf Inge Haaland and Raiola were picked up by Joan Laporta’s assistant from Barcelona airport on Thursday morning.

If he were to move on in a big-money move, Haaland would be the latest in a host of Dortmund stars to quit the club for big-money in recent years.

The likes of Pierre-Emerick Aubameyang, Ousmane Dembele and Christian Pulisic have all been moved on to Europe’s elite for significant profits.

BILD reported over the weekend that Dortmund would not be open to entertaining bids of less than £100m for their star striker, even though the Norwegian has not scored in his last four matches for club and country. 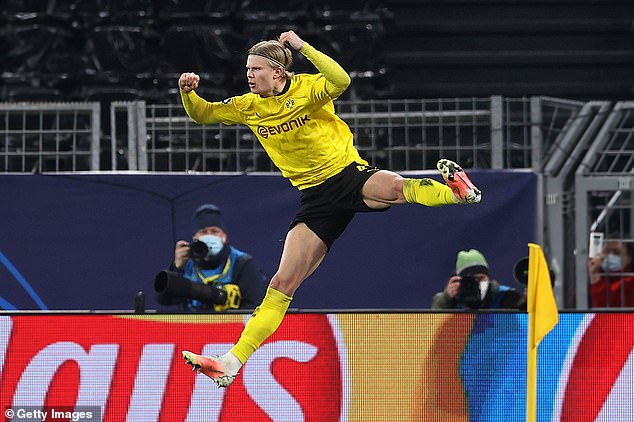 Dortmund now have to make up a huge deficit on Frankfurt in fourth-place, though the German side could qualifying should they win this season’s Champions League.

The Ruhr-land club face Premier League champions-elect Manchester City in the quarter-finals and would play one of Bayern Munich or PSG in the semi-finals should they beat Pep Guardiola’s side.

Speaking about their top-four hopes, Hummels said after the Frankfurt defeat: ‘The chances are slim, we have to be very clear. That would be a sporting and financially a disaster, we are now close (to that).’

Dortmund sporting director Zorc added: ‘We have to admit that the performance wasn’t one where we should have won the game.’

Sweden 0-1 France: Kylian Mbappe ignites his side to victory