Dominic Calvert-Lewin will miss Everton’s game against Wolves with a hamstring injury.

No time frame has been given for the striker’s return, but Ancelotti said he is confident the player will recover “soon”.

A decision will be made over Richarlison’s fitness based on Monday’s training session, while his fellow Brazilian Allan will remain sidelined for 10-15 days.

“He (Calvert-Lewin) had a little problem in the week before the game against West Ham,” confirmed Ancelotti.

“But because he had not had this type of injury before he was not able to judge it for himself. He played all of the game against West Ham so this shows that it is really not a big injury but we want to keep him safe and when he comes back, to be 100 per cent.

“Without an important player like Dominic, we have to be able to replace him in a different way. We are going to play a player with different characteristics and we have to adapt to this.

“For sure, we will be less dangerous on crosses [without Calvert-Lewin] but perhaps we will be more dangerous with the final pass.”

Premier League referee Michael Oliver has admitted he made a mistake by not sending off Everton goalkeeper Jordan Pickford for a challenge that led to a serious knee injury for Liverpool defender Virgil van Dijk.

Oliver came in for criticism after Pickford’s challenge in the Merseyside derby on October 17 left Van Dijk needing surgery on damaged anterior cruciate ligaments, from which he is now recovering. 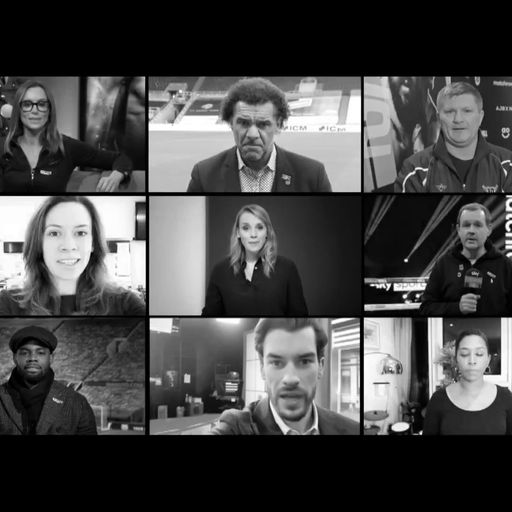 We're All In To Kick It Out

Kick It Out and Sky have launched a partnership to end racism in sport.

Although Pickford’s challenge took place in the Everton penalty area, a spot-kick was not awarded because a Video Assistant Referee review showed Van Dijk to have been offside, but Oliver could have still dismissed the England goalkeeper for serious foul play or violent conduct.

Oliver told the Daily Mail: “The thought initially was, ‘it can’t be a penalty because it’s offside so we need to check the offside first’. I think I said to the VAR, ‘if it’s not offside, I’m going to give a penalty’. I have watched it back so many times. I genuinely don’t think Pickford has done anything apart from try to spread himself but he did it the wrong way, as the injury has shown.

“We have all, myself included, not thought about the challenge as much as should have done. We could still have given offside and sent Pickford off. What I was surprised about looking at it afterwards was that nothing was expected on-field in terms of a red card. None of the players were asking for that.”

The winter transfer window is now open and will run through until Monday, February 1 at 11pm.

Follow all the news and analysis on Sky Sports News and across Sky Sports‘ digital platforms, including our dedicated Transfer Centre LIVE! blog.

What Man Utd must do in order to sign Gareth Bale