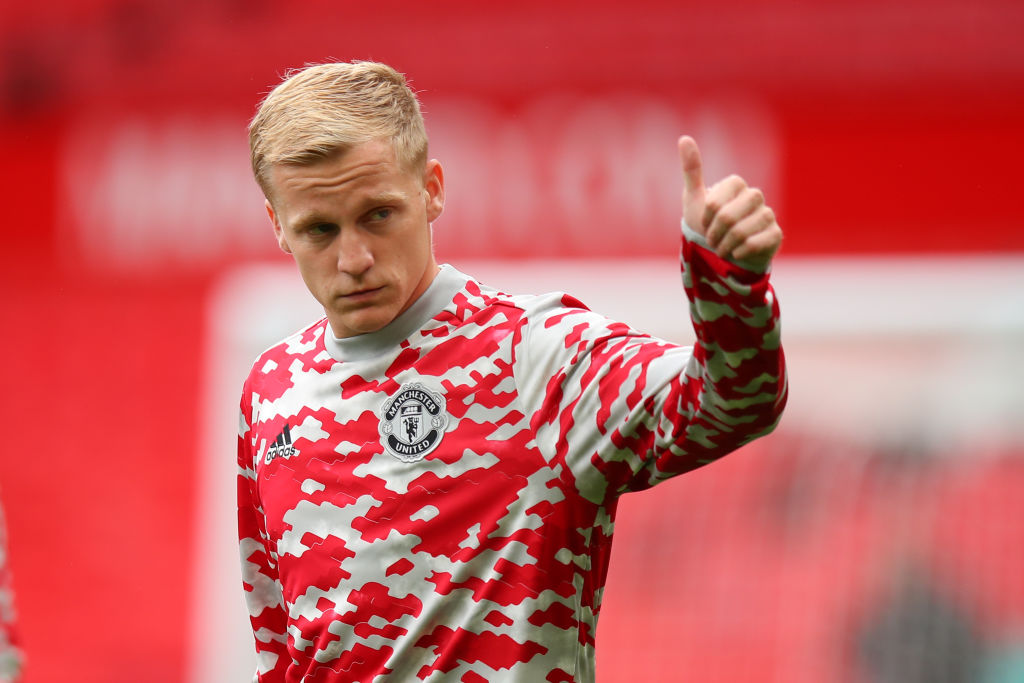 Donny van de Beek admits he would prefer to play in a deeper midfield position for Manchester United this season but insists he will play anywhere for Ole Gunnar Solskjaer.

The Dutchman made his name at Ajax playing as an attacking midfielder but his game time has been limited at Old Trafford due to the presence of Bruno Fernandes and Solskjaer’s tendency to play two defensive midfielders in Scott McTominay and Fred.

Van de Beek started just four Premier League matches last term but he’s listened to Solskjaer’s advice about the robustness of playing in England and bulked up over the summer.

And the Dutchman believes that could benefit him in a deeper role in United’s midfield this season, though he admits he will play anywhere if it means game time.

Asked if he could play as a no.6 in United’s formation, the Dutchman told the FIVE YouTube channel: ‘I think I can do but of course I don’t know what the manager thinks and what he expects for me.

‘I have played this role before at Ajax. Of course by the end I was playing no.10 but I play also a few games as no.6 so yeah I think I can play in this role as well.

‘That’s really difficult to say it depends how you play as a team. Like I think how we play I think my best position is in the middle as a no.6 or a no.8 but I don’t care where, I only want to play.

‘I want to be a part of the team this year. I want to be important. I know if the game time comes the goals and assists will come but for me it’s just as important I think that when I get the chance I have to be there now, that’s important.’

Van de Beek has been working with Michael Carrick since his move to Old Trafford.

And the Dutchman admits he tries to learn as much as possible from Carrick.

‘Yes I work with him a lot on the pitch as well,’ said Van de Beek.

‘I speak with him after training to do a lot of extra stuff. I can learn a lot from him. He was a midfielder and everything and he is a fantastic coach.’