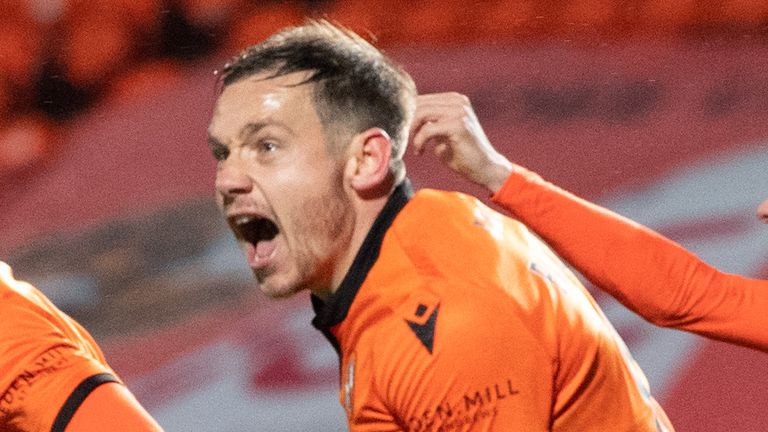 Dundee United substitute Nicky Clark rescued a point for the Tannadice outfit with an injury-time strike to deny Motherwell their first win since October.

Motherwell were on course to secure their first victory in eight games following Tony Watt’s first-half header. But in added time Clark struck to salvage a 1-1 draw for Micky Mellon’s side.

Motherwell will be perplexed they did not end their winless run but they paid the price for not taking their chances and United got their reward for hanging in.

Motherwell dropped from sixth in the Scottish Premiership to 10th spot on the morning of the game after six points were taken off their tally following the SFA announcing the appeals by Kilmarnock and St Mirren to their punishment for Covid-19 breaches would be held on January 14.

The Fir Park outfit had been awarded two 3-0 wins after their league clashes with Kilmarnock and St Mirren in October were postponed but that decision by an independent SPFL tribunal had been suspended pending the outcome of the appeals.

Motherwell went ahead after just nine minutes at Tannadice when Watt headed them in front from a Liam Polworth corner.

The visitors won two corners in a row and from the second one, Polworth’s cross was perfect for Watt, who lost his marker inside the penalty box, and he sent a header past Benjamin Siegrist. 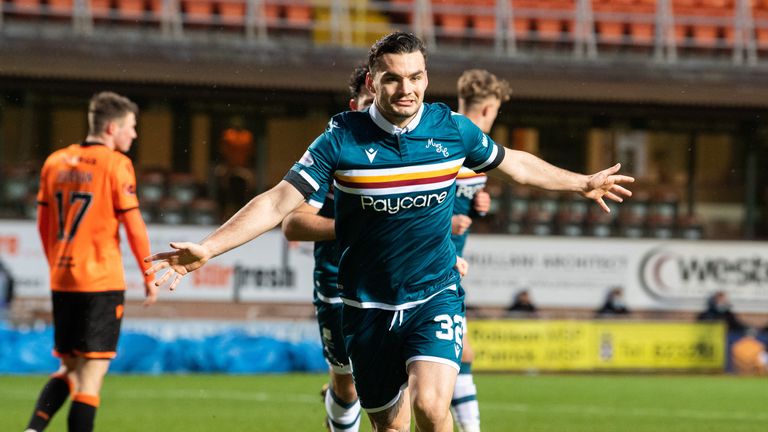 Motherwell made the early running in the game and went close to doubling their advantage but Allan Campbell sent a header from Liam Grimshaw’s cross just over.

Referee Bobby Madden penalised Motherwell goalkeeper Trevor Carson for holding onto the ball for too long but nothing came from the indirect free-kick.

But the official booked Carson for his protest and also flashed a yellow at Motherwell manager Stephen Robinson for his complaint at the decision.

Motherwell had the ball in the net again but Stephen O’Donnell was flagged for offside.

United threatened to equalise before the interval but Carson pulled off a fine save to deny Jeando Fuchs, as he turned the midfielder’s shot onto the post.

Motherwell almost doubled their advantage 10 minutes after the interval but Callum Lang was denied by a Smith goalline clearance.

Siegrist let a cross slip from his grasp and Lang pounced to fire in a shot but Smith was perfectly positioned on the line to block.

Motherwell sub Jordan White threatened a second for the visitors late on but his goalbound shot was blocked by Fuchs.

And, in injury time, the hosts drew level when Clark got on the end of a Luke Bolton cross and while his first effort was blocked, he clinically slotted home at the second attempt.

Chelsea vs Everton prediction: How will Premier League fixture play out today?