Dundee United will be without midfield pair Calum Butcher and Jeando Fuchs; Michael O’Halloran is suspended for St Johnstone; free match highlights will be published on the Sky Sports website, app and YouTube channel 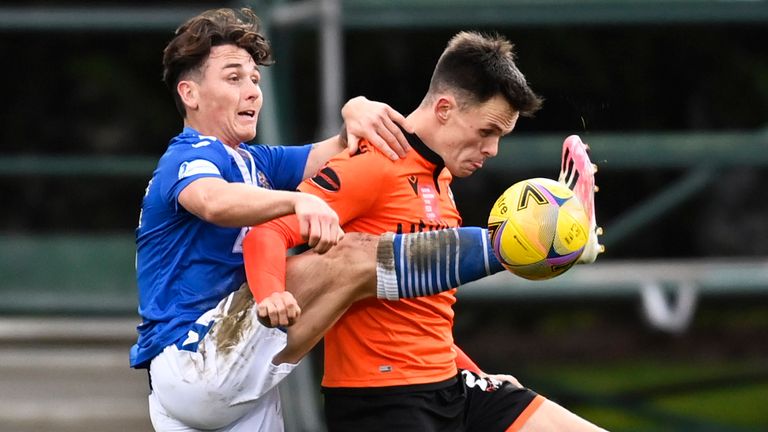 Dundee United will be without midfield pair Calum Butcher and Jeando Fuchs for the Scottish Premiership clash with St Johnstone, which was rearranged for Tuesday night after a frozen pitch forced a postponement on Saturday.

Butcher is expected to return from a hamstring injury at Hamilton on Saturday, while Fuchs is waiting to discover the extent of a knee issue.

Marc McNulty and Ryan Edwards will return from injury, while long-term absentee Logan Chalmers is back running after his ankle lay-off.

Michael O’Halloran is suspended for St Johnstone. The Saints attacker was sent off against Rangers on December 23 and will complete a two-match ban. An unnamed player will miss out after testing positive for Covid-19.

How to follow: Dundee United host St Johnstone at 6.30pm on Tuesday. Free highlights will also be published on the Sky Sports digital platforms later that evening.

The tough times for everyone are certainly being felt sharply at Tannadice where players have been asked to take wage cuts. With that hardship in place, could Utd cash in on striker Lawrence Shankland in this transfer window? In all honesty, he has been disappointing since Utd gained promotion, he scored heavily in the lower leagues but has struggled to be as effective in the top flight and his value has fallen.

I am sure Micky Mellon will be reasonably happy with his 26 points gained so far, it’s a big step to make from the second tier to the top flight of Scottish football.

St Johnstone manager Calum Davidson was dealt a blow when Danny McNamara returned to his parent club Millwall last week and he will be hoping he can keep a hold of his talented midfielder Ali McCann for a bit longer, there’s no doubt he will move to a bigger club soon.