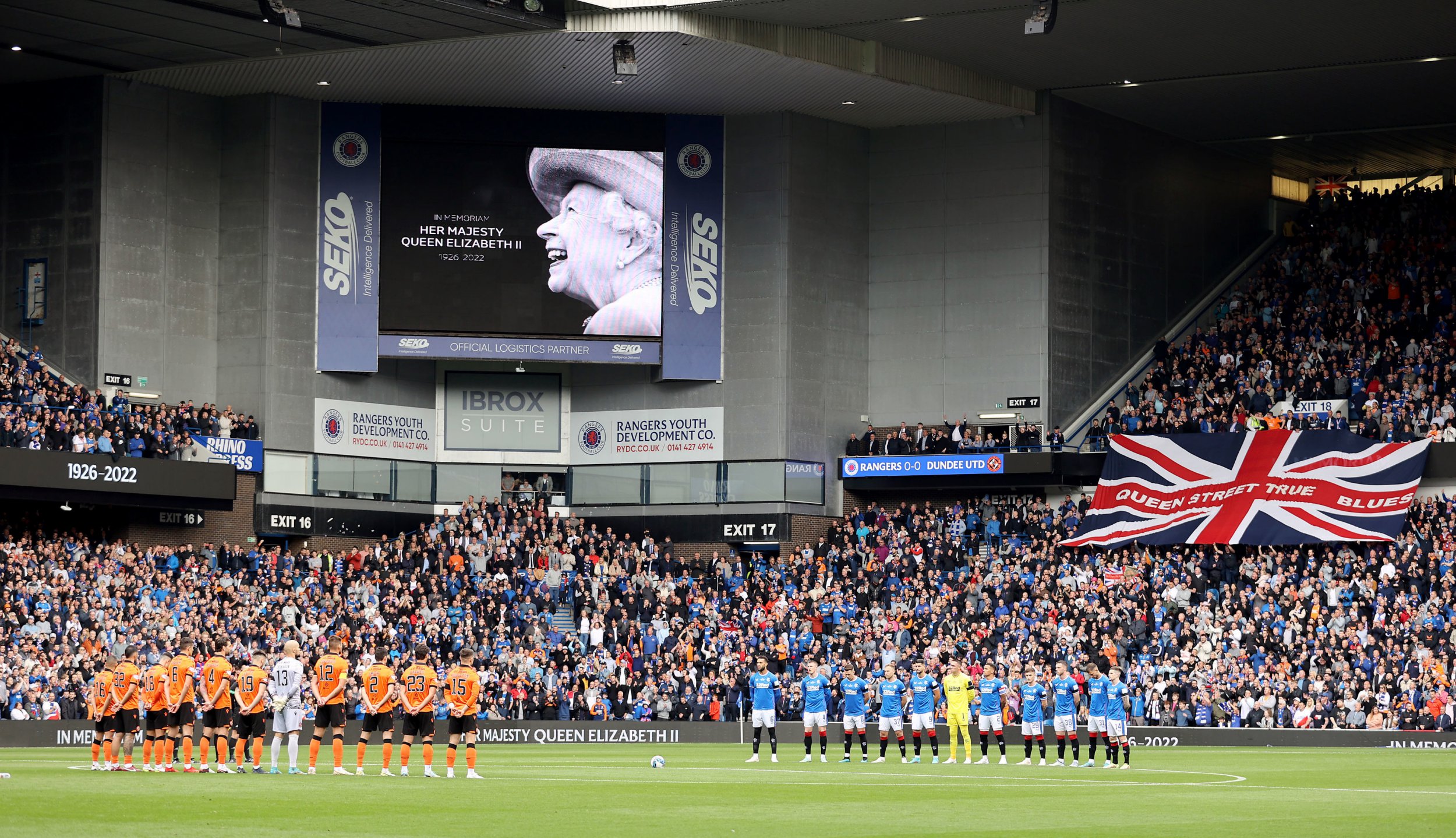 Dundee United supporters interrupted Rangers’ minute’s silence for the Queen at Ibrox by singing ‘Lizzie’s in a box’.

The tribute was held before their Scottish Premiership match on Saturday and while most at Ibrox were silent, there were clear jeers in the away end.

Chants of ‘Lizzie’s in a box’ from the Dundee United section were also clearly audible, while after the referee blew his whistle to end the silence, loud boos from the home fans echoed around Ibrox.

It was the second tribute Rangers have made this week after their fans unveiled a huge Union Jack tifo display before their Champions League match against Napoli on Wednesday evening.

The Scottish club also defied UEFA’s orders by playing God Save the King before the match. The governing body had turned down Rangers’ request to play the national anthem before the game.

Celtic manager Ange Postecoglou has urged the club’s supporters to be respectful in the tribute that is planned before Sunday’s game against St Mirren.

‘I have the same message to our fans that we always have. As I said before the game [against Shakhtar], we will abide by the protocols. We wore black armbands on Wednesday night,’ Postecoglou said.

‘I think there’s a minute’s applause, we will abide by whatever obligations and responsibilities we have as a football club. We will do that in a respectful manner. We want our supporters to do the same.’

Last week, Shamrock Rovers hit out at their supporters who also sang ‘Lizzie’s in a box’ during their side’s Europa Conference League game in Dublin.

Head to Metro.co.uk’s Queen Elizabeth II tag page for the latest updates, and sign Metro.co.uk’s book of condolence to Her Majesty here.

The Irish club said in a statement: ‘Such highly insensitive and callous chanting is not acceptable at our club and is against the values that Shamrock Rovers F.C. stands for.’

Football: Messi back in scoring business in dream start for Koeman