Dwight McNeil will be back at Old Trafford on Sunday but believes being released by Manchester United as a schoolboy was a blessing in disguise.

The 21-year-old winger made his 100th Burnley appearance last weekend, having established himself as a key member of Sean Dyche’s side.

McNeil grew up training with Mason Greenwood, Brandon Williams, and Angel Gomes at United, but seven years after being let go, he has not looked back.

“It made me focused on becoming a professional footballer,” he said of United’s decision. “Hopefully looking back on it, I’ve proved some people wrong.

“When I look back at how hard it was to become the player I am today, I do surprise myself sometimes, but I have an inner belief. The people around me believe in me which also helps.”

McNeil recalls being devastated when United showed him the door, but he sought the experience of his dad Matty, the former Macclesfield and Stockport forward, when taking his next steps.

“As a young kid it’s a hard one to take,” McNeil said. “Especially when it’s your boyhood club and the one you grew up supporting. Dad helped me massively.

“He and my mum watched every training session when I came here. But ever since I came here I have loved every minute of it and this was soon the club I really wanted to be at.” 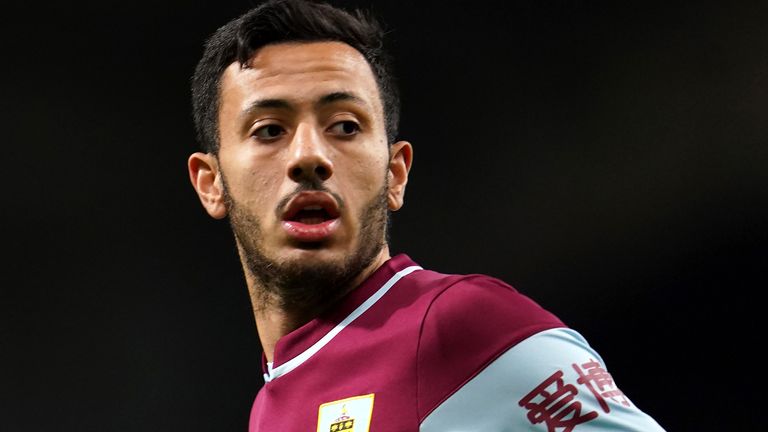 McNeil made his first-team debut for Burnley in May 2018 and by the middle of the next season was firmly established in Dyche’s first-choice team.

Dyche has been a huge advocate of McNeil’s talent, with the manager’s only complaint that he has to tell him to smile more.

“He tells me every day I need to enjoy my football because I am hard on myself,” McNeil said.

“He calls me and Johann (Berg Gudmundsson) ‘the smilers’ because we’re the ones who don’t talk as much as some of the other lads.

“We do enjoy it, but we just sometimes don’t express it. That’s why he tells us to smile more. The gaffer is good like that and he knows how to get the best out of everyone.”

💯 club for @dwightmcneil this afternoon, as the winger makes his 100th Burnley appearance. 👏 pic.twitter.com/WyzBZdsyvC

But even if he might not always show it, McNeil has found his happy place at Turf Moor. There has long been speculation linking him with bigger clubs – including a mooted return to Old Trafford – with Dyche himself saying McNeil will one day outgrow the Clarets.

Even so, McNeil had no hesitation in signing a new contract in October, committing his future to Burnley until 2024.

“I had a talk with my dad and my family,” he said.

“We came to the conclusion that the best decision, the right decision, was to sign another contract and have that reassurance of being part of a team and having that establishment within the team.

Asked if his head was ever turned by others, McNeil shook his head. “The gaffer calls it ‘outside noise’ and we didn’t hear anything,” he said.

“It was a simple answer for me and the family to sign a new contract with the club… “I have loved the club ever since I have been here, and I know the manager and the lads so well. I am comfortable, I’ve played a lot of football, and I’ve enjoyed my football the most at Burnley.”

Carvajal hails Courtois after stunning performance in win over Getafe