EDDIE GRAY: No one struck the ball like Peter Lorimer… we roomed together for 10 years and he was a popular, generous man who will be missed

When I joined Leeds United in May 1963, I didn’t know Peter Lorimer but I certainly knew of him. He was a year older than me, with a tremendous goal record for Dundee Schools and I’d seen him playing for Scotland schoolboys against England at Ibrox. Peter was the most sought-after schoolboy footballer in the country at the time and he left an impression on me that night.

He was outstanding, peppering in so many shots I felt sorry for the goalkeeper. It’s no coincidence he became the club’s record goalscorer.

Peter, who died on Saturday aged 74, was never a winger or a midfielder when he was younger. He played up front, off the centre forward in a 4-4-2 until Don Revie asked him to play outside right. He was the best striker of a ball I’ve seen. 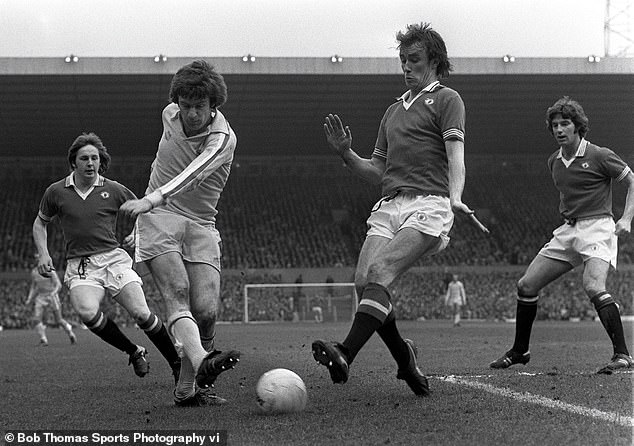 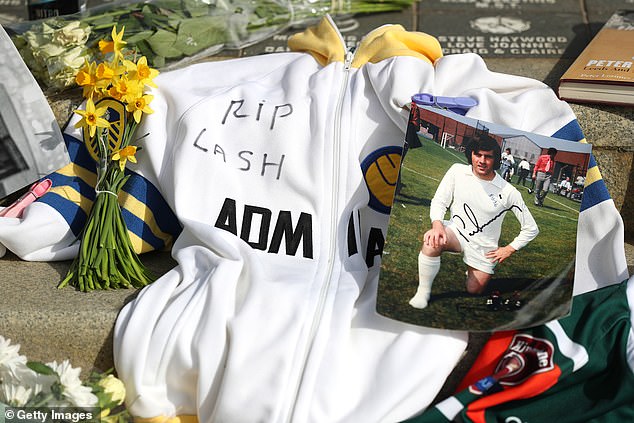 Even in our fifties, playing for the ex-players’ team when the hardest thing is to get the ball off the ground, Peter was pinging it the width of the pitch with no back-lift.

It wasn’t just power, it was great timing. He made goals with his delivery and pinpoint accuracy and, of course, his finishing was incredible. When we were young, playing in the West Riding Cup against Halifax, we were about to kick off when he says: ‘Eddie, just touch it, the goalkeeper’s off his line.’ I did and he fizzed it over his head and into the net. I looked at him in amazement. He was only six yards off his line!

Peter was very direct. He’d pick the ball up 40 yards out and you knew he was going to hit it. There were so many tremendous goals. One down at Crystal Palace, edge of the box, left-hand side, he jumped up and volleyed it, battered it into the net off the bar. His most disappointing goal was the goal that never was in the 1975 European Cup final. 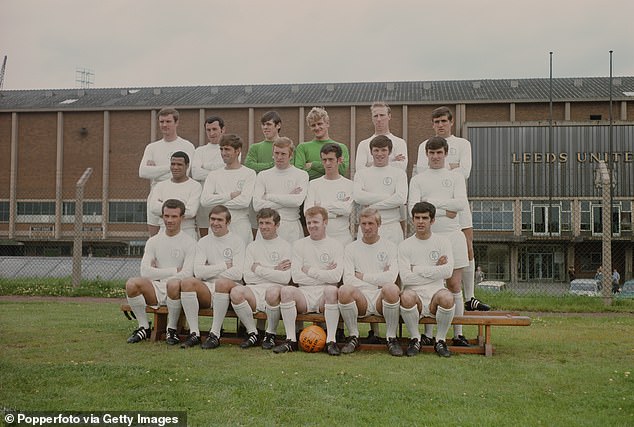 Lorimer (centre row, right) and Eddie Gray to his right ahead of Leeds’ 1968/69 season

We roomed together for 10 years and became great friends. We’d play carpet bowls at Leeds. Peter and I were the bookmakers and we had to be careful with the odds, as there were a few sharks among them. We got stung one year when we offered Mick Jones at 12-1 at the annual golf championship.

Johnny Giles took Peter to Vancouver Whitecaps as his player-coach — they had a great rapport — and I brought him back to Leeds when I was manager and he was 37. He had made his Leeds debut at 15 alongside John Charles and then wasn’t far off being the club’s oldest ever player.

He was some player and a great person, popular and generous. He will be missed. 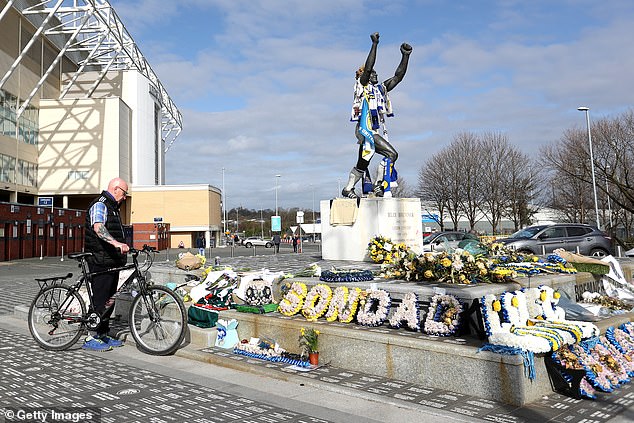