Eddie Howe has delivered an update on Newcastle pair Callum Wilson and Kieran Trippier, offering a boost to England as well as the Magpies.

Newcastle have a League Cup match at home to Crystal Palace on Wednesday evening, and 44-year-old Howe revealed during the pre-match press conference that both are not serious concerns.

England’s World Cup squad is announced at 2pm on Thursday, and 30-year-old striker Wilson and right-back Trippier, 32, could both feature in Gareth Southgate’s plans for the tournament. 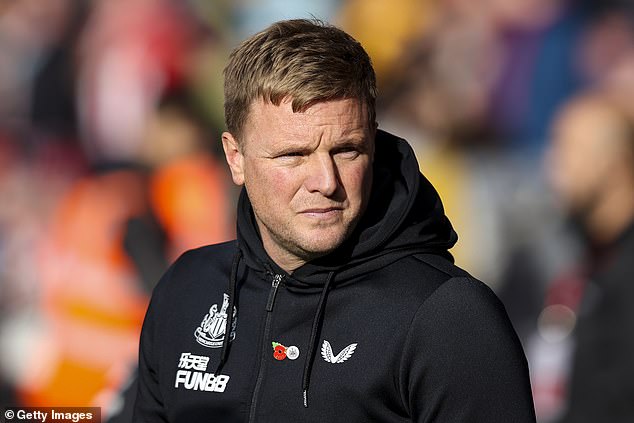 On Wilson, Howe said: ‘He’s OK. He’s been ill for a few days so he’s a little bit run down but we’ll see how he is again today.’

He also noted there was no long-term issue with Trippier, despite his early exit from Newcastle’s 4-1 win at Southampton at the weekend.

‘There’s no problems with Kieran,’ Howe revealed. ‘It always looks more than it is when the physio comes onto the pitch but he came out second-half and he was fine. As I said after the game it was my decision to take him off.’ 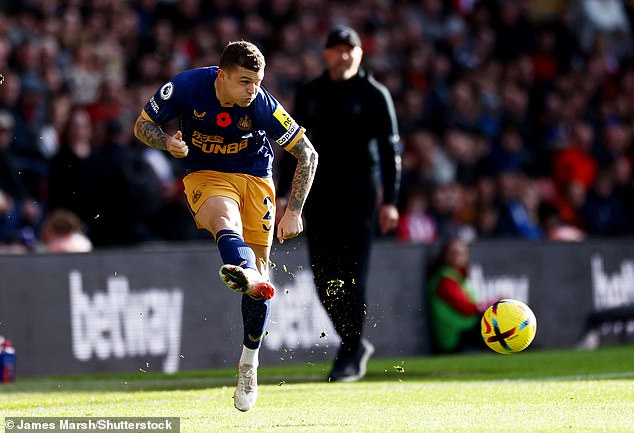 However, not all of Howe’s players were lucky enough to be selected for their country, with Joelinton missing out on Brazil’s final squad.

Howe said: ‘Always an element of disappointment for anyone that misses out. Joelinton has been incredible for me since I joined the club. Every single day he’s very consistent in his work. He’s put in some brilliant performances but it wasn’t to be.’

Tuesday November 8 marks the one year anniversary of Howe’s installation as Newcastle boss, and he said he wants to use the club’s long spell without silverware as a driver to spur them onto success as soon as possible. They last won a domestic trophy in 1955. 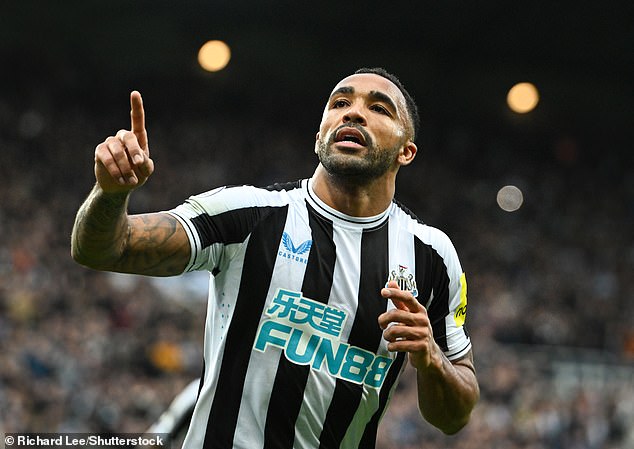 Striker Wilson has been ill, but Howe did not seem to express any long-term concerns over him

Howe was asked if the lack of success was a burden, and he responded: ‘I don’t know if burden is the right word. I try to look at it the other way, as it’s not been done for a long time and a chance to create, maybe, some of our own history here and leave a legacy of hopefully winning something.

‘That should be a driver, not a pressure that’s a negative on us. I try to look at it the other way.’

After the third round tie on Wednesday, Newcastle have a Premier League match against Chelsea on Saturday in their final fixture before the World Cup.

He is human! Virgil van Dijk dribbled past for first time in 65 GAMES