Eden Hazard is continuing to edge closer to full match sharpness after participating in the majority of Chelsea’s training session on Friday.

The Belgian forward has missed Chelsea’s last three games with a back problem but could be in line to return to action against Crystal Palace on Sunday.

Maurizio Sarri has been impressed by Hazard’s intensity in training this week and is confident he will be available to play some part in the match at Stamford Bridge. 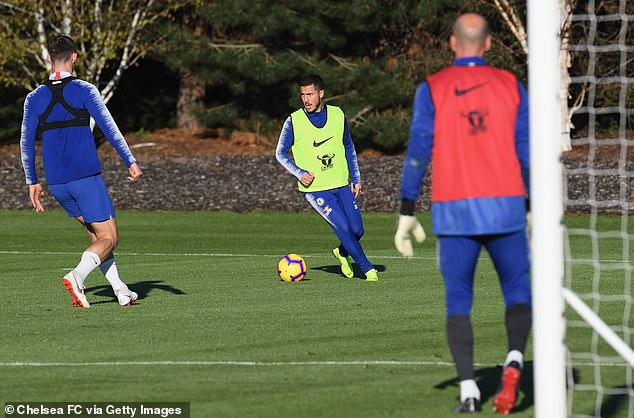 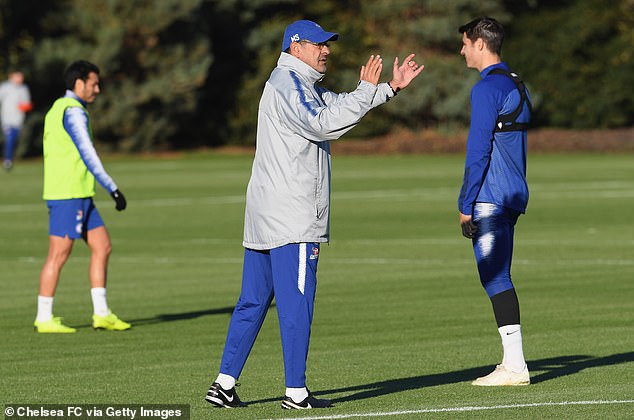 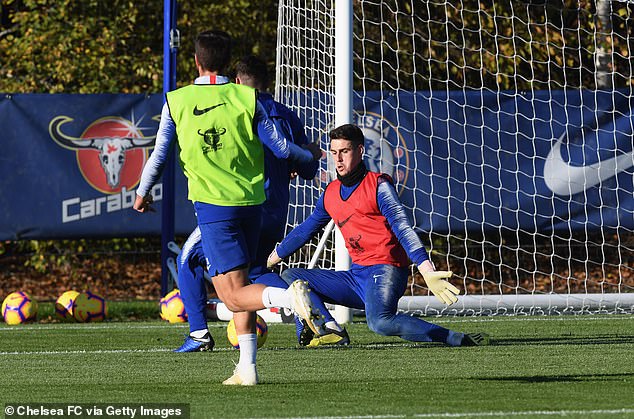 The Chelsea boss said: ‘Maybe he will not be ready to play for 90 minutes. Probably he will be able to play for 40 or 45 minutes. I want to speak with him first.’

Hazard will have one more session to take in before Sunday’s fixture but with a hectic schedule coming up, Sarri may opt to reintegrate him back into the starting XI slowly.

Sarri would have likely assessed his other options as he put his men through his paces on Friday ahead of the clash with Palace.

He was spotted giving Alvaro Morata a word of advice during the session with the striker still struggling to find consistency in his second season in England. 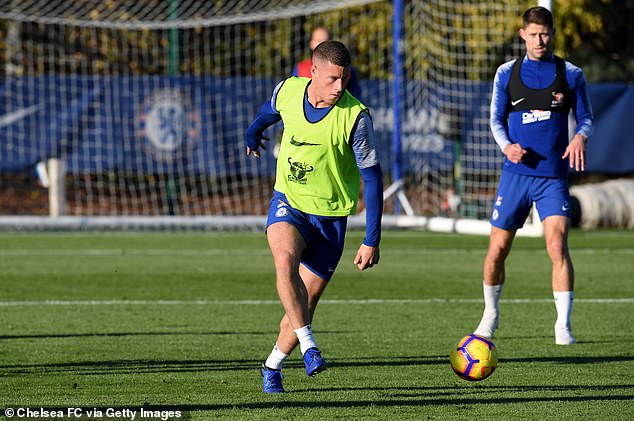 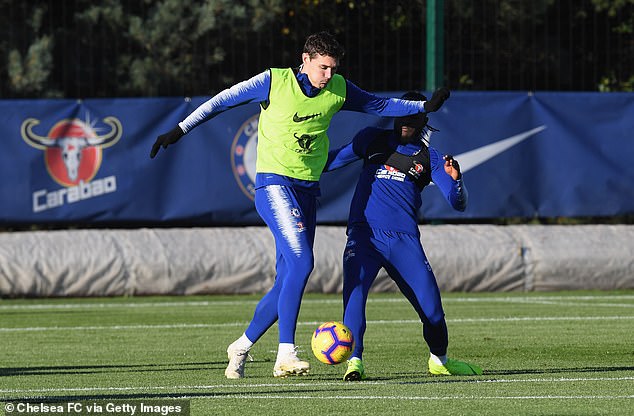 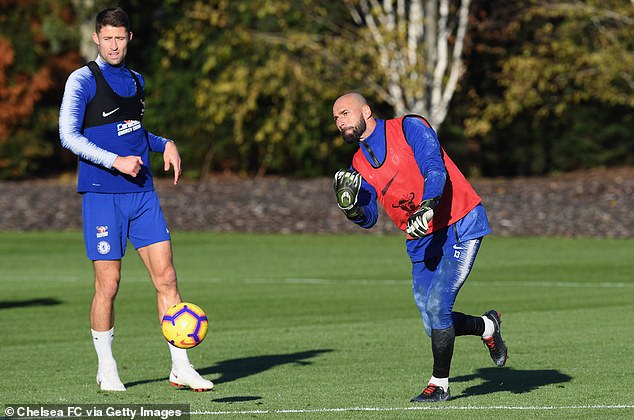 Someone who is beginning to find their feet in a Chelsea shirt is Ross Barkley. The midfielder has put together a string of impressive performances recently which saw him subsequently nominated for the Premier League player of the month award.

The Italian manager has seen great improvements of Barkley over the past couple of weeks and is backing him to play a pivotal role at Stamford Bridge this season.

He added: ‘In the first week I saw some matches, Chelsea and some matches of Everton, but I wanted to see him on the pitch,’ said Sarri.

‘So he’s becoming a very, very important player for us. Not only for us but also I think for England.’