Manchester City goalkeeper Ederson caused more than a few jaws to drop after his sensational long-range pass helped set up Riyad Mahrez’s opener in their Champions League semi-final against PSG.

The Brazilian is known for his ability with the ball and being comfortable spraying passes around for Pep Guardiola’s possession-focused team, but his beautiful pinged ball forward left social media in a frenzy as he superbly picked out Alesksandr Zinchenko on the left flank.

The Ukranian left-back found Kevin de Bruyne in the centre, whose shot was blocked and rebounded to Mahrez, who was left with a golden opportunity to slot home and put City 3-1 up on aggregate in their crucial European clash. 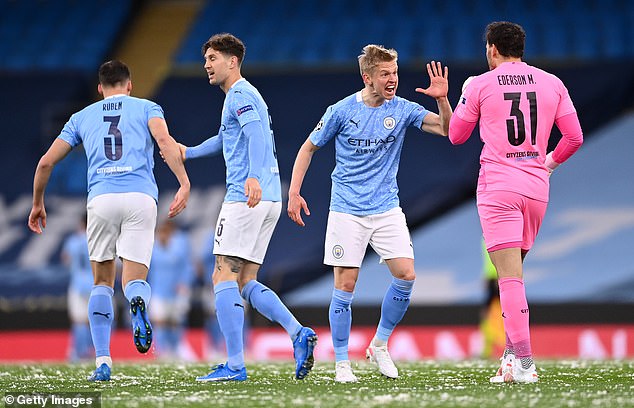 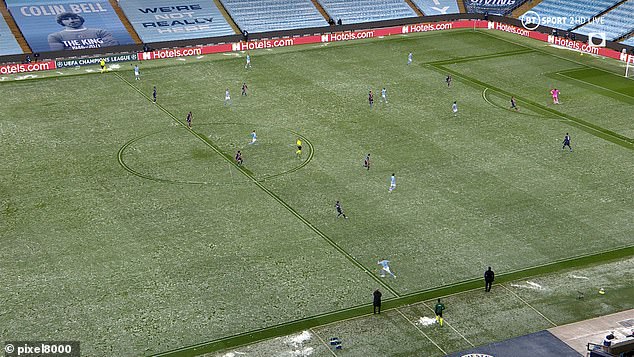 It wasn’t long before Ederson earned a flood of plaudits from supporters online, with one joking he was good enough to start in Arsenal’s struggling midfield.

‘If Ederson was at Arsenal he would be playing in centre-mid,’ wrote one fan, accompanied by crying emojis.

Another hailed his ability with the ball, writing: ‘Ederson, at least in my lifetime, is the most technically proficient goalkeeper I’ve seen. The amount of value he brings with that is incredible too.’

The 27-year-old was also labelled a ‘cheat code’ with a user highlighting the huge distance the ball travelled to reach Zinchenko, and another said he was ‘the 6th best playmaker in the Premier League and he’s a goalkeeper’. 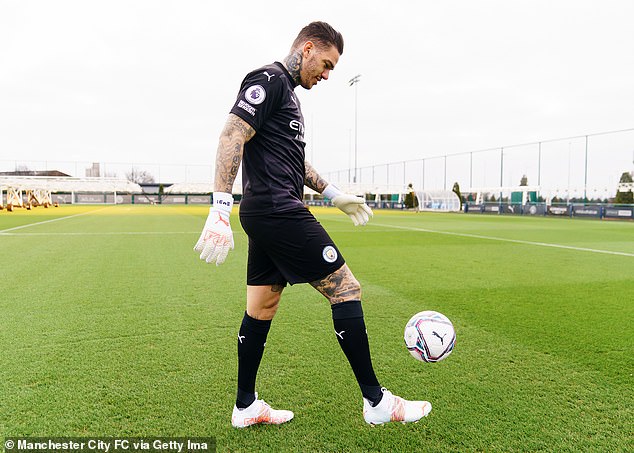 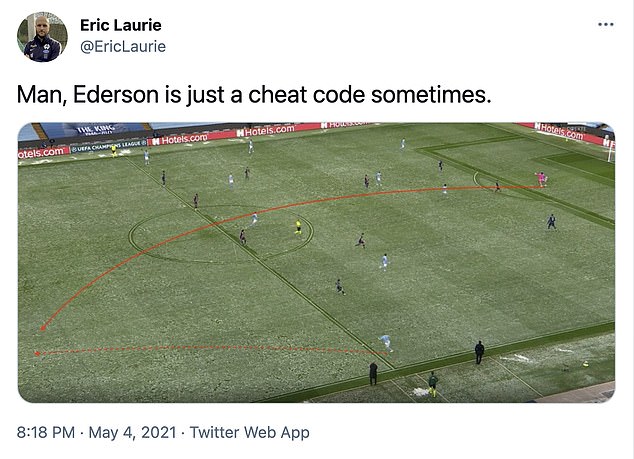 One said he was ‘the best playmaking goalkeeper in the world’, and urged fellow fans to ‘put some respect on his name’.

Pundits were similarly in awe of Ederson after his playmaking display – with former City goalkeeper Joe Hart calling the pass’not normal’.

‘Thats not normal what [Ederson] has done there,’ Hart told BT Sport.

‘That’s one step! He’s capable of it but he’s put it on a six pence for Zinchenko and it’s great follow up for Mahrez. What a moment. It’s easily onside but to execute that at the highest level…’ 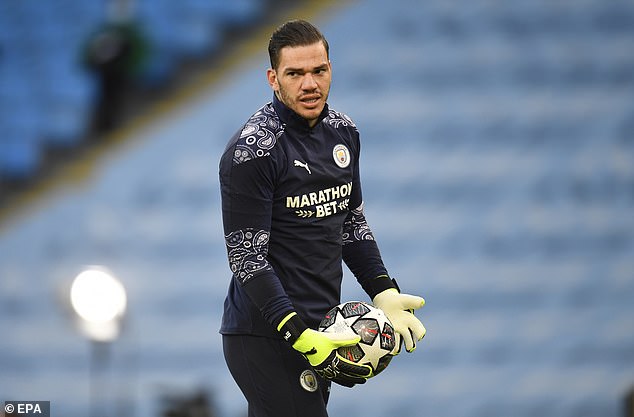 Pundits hailed Ederson after the passing move, with Joe Hart calling his pass ‘not normal’

Rio Ferdinand felt the move was something City had been working on during training sessions, adding: ‘It’s been set up before… Zinchenko is high up the pitch, [Kyle] Walker slightly is deeper.

‘You could see it was on, that’s definitely something that has been planned.’

Ederson has comfortably been one of the top goalkeepers in the Premier League since joining from Benfica in 2017 – helping the club win two Premier League titles, one FA Cup and four Carabao Cups.

He’s played 186 games in total having been recruited to become one of the key components in Guardiola’s passing machine at the Etihad having grown frustrated with the error-prone Claudio Bravo.